Submitted into Contest #61 in response to: Write about a character passing down their favorite childhood toy to a new generation.... view prompt

Her eyes are now a dull, glassy pale blue. No longer the bewitching deep green they once were, making me think on a pair of emeralds glimmering and polished. Her hair, frazzled and dusty. No longer the luminous copper ringlets they once were. But her cheeks are still rosy. Freckled. Beneath the dust with a smear and a bit of spit. Her complexion a dewy pale gleam. There remains, from all the years gone by, those cracks where my grandmother expertly glued her leg back together for me. It was told to me then that pretty dolls are hardly for playing with.

But once, though I had played with her no more after that fateful cracking of her fine porcelain, she was forever the maiden, the adventurer, of all the tales I told myself and scribbled in my little notebooks. We had found her at a doll and teddy bear fair, and my grandmother had treated me to her.

So unlike was she to me. A wish fulfilment in the flesh of all that I so desperately wanted to be. With what I considered then to be very plain brown eyes of my own, and mousy brown, dead straight hair. Hardly the making of any fair maiden I could imagine with even my own wild imagination.

I look upon her now, on the mantle in my grandparent’s bedroom with nothing but the fondness for an old friend.

And beside her is Growler, a bear from that self-same fair for my grandmother’s collection of prized teddy bears. Growler, aside from a worn voice box, has fared far better than my old porcelain friend, my Rebecca. He is still the same glistening and bristling dark chocolate brown he always was, his deep brown and animated glass eyes still full of mirth and twinkling.

I lift Growler from the mantle, tipping him forwards and backwards as I once did before bed as a child, hoping to hear him growl, but he does not. I remake the green bow around his neck. Next I lift Rebecca from the mantelpiece, and touch her cracked and pieced back together leg, remembering how I once learnt she was not as relentlessly hardy as my Smurfette figurine or Ariel the mermaid doll. Strange isn’t it how many beautiful things we are taught are for looking only.

All the same, growing up in my grandparents’ house, she had always been my pride and joy. I think back on the pair of copper haired twins I used to watch from the vantage point, hiding beneath the lattice work on my grandparent’s balcony and hidden further by the large pine tree. They went to a different school than me. And how I envied their copper hair. So like my Rebecca’s. Their ocean coloured school uniform of green and turquoise check, dreary again as I imagined mine was in plain navy blue. All I ever wanted was to be them, or to be more like my Rebecca.

I wanted their hair. Their uniform. Their sisterhood, an only child that I was.  I wore a different ribbon in my hair every day, to make myself more like my Rebecca.

But I am so much older now. Such things seem foolish now. I bring Rebecca out from her resting place on the mantle and sit down with my grandparents in front of the telly. I cradle her under my arm as I might once have done, and stroke her hair, remaking the cream silk ribbon into a resplendent bow once more.

I think on us all as generations with dolls, even in my family. A generation of dolls one after the other. My mother once told me she had a doll she shook so hard in a display of mock anger, its eyeball popped and fell inside its cavernous body, rattling ever after. My grandfather once told me he had a nursing dolly but he fed it milk instead of water and it rotted inside out, reeking so terribly eventually there was nothing for it but to discard it with the trash outdoors.

But it is my grandmother who surprises me most this evening, as I cradle my dear Rebecca perhaps for the last time before I leave her again on the mantle. In the way my grandmother so often surprises with bizarre tales of her youth.

My grandmother’s mother died when she was only eleven and as far as her childhood stories go they almost always start when she was eleven. Like that time her father told her he had a surprise for her on the back of his pick up and she hoped and prayed that it was the cherry red new bicycle she’d been hinting at as all the other kids had one. Instead it was a cot for the new baby of his second bride.

This evening she regales with yet another one of her stories. Strange stories they often are. With a father who was want to marry a series of women who were without a single maternal instinct amongst them for the almost altogether orphaned trio of my grandmother and her siblings left in their charge. Cinderella may have envied my Nana for all that she suffered and fended for herself and younger brother and sister so industriously. And tonight it is story night again.

“When I was eleven,” she begins as always. “My Aunt Jenny sent me a doll.”

I remember this Aunt Jenny vividly from my own childhood. Perhaps she has been embellished upon as the years have gone by, but she always takes the form of an elegant, slender figure straight from the pages The Great Gatsby, dressed head to toe in glimmering gold with a matching cigarette holder and lighter set lined in mother of pearl and rimmed with gold trimmings, the waft of her skinny Vogues so familiar to her signature scent, a heavy chain smoker that she was to her very last breath. A veritable fairy godmother in all of my grandmother’s stories.

“When I was eleven, my aunt Jenny sent me a doll. And it was such a pretty little thing. That night, I took it outside and drowned it in a barrel filled with rain water and left it there.”

My grandmother can tell such odd and quickly summarized macabre truths as if it were as simple as commenting on the weather. I usually let them slide but this evening I am particularly puzzled.

“But why, Nana? Why would you do such a thing?” I plead, looking truthfully for an answer to something so dark and dreadful.

“Oh, I don’t know. I think it just seemed like another thing I had to take care of.”

'A tightly woven, alluring narrative, poetic in its economy of words. Fryer manages to capture the enticement of little girl wonder. Little girl however is the recipient of hard truths about her polished porcelain role. It takes the love and wisdom of a granny to dispel the myth. It should be our grandmothers we honor as much as our grandaughters.' Mary West

Hi, Jocelyn. I was enjoying this story until the ending. It was completely unexpected, and while that can give a story "punch", in Rebecaa, I felt it caused confusion. I think maybe it would have read better if you dropped subtle hints of the family dynamic that might tell the reader the family might be dysfunctional. The way you describe objects, scenes, and feelings is excellent. You do a great job of "showing and not telling". I look forward to reading more of your work in the future! 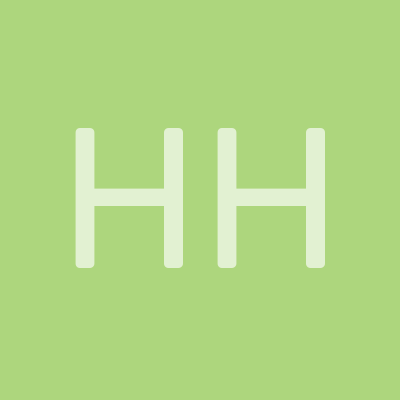 A wonderfully macabre story. Enjoyed the use of Rebecca as the subject for unpacking your metaphor. I take from it the nature of our subjective burdens through the passage of time. You have a fan in me!

Layered and beautifully written as always, read in a hurry on the bus but looking forward to my second read after work already!

Lovely story Jocelyn . A gasp at the end !

Always worthwhile to read Jocelyn Fryer. Always many layers. I loved this story!

Beautiful Joce. Reminds me of my Doll, named Rebecca 😊

Joce, this is beautiful. Thanks for sharing it with the world.

Your lyricism is wonderful Jocelyn Fryer. Many want to be a creative writer, but some just are, and where form and content meet, meaning resides.