Sent to a Farm.

I turned off the bitumen and the tyres bit into the gravel with a familiar crunch. It had been a dry summer and the road to my grandparents’ place dusted my windshield with cream talc. I wondered if old man Patterson would be on the phone to my parents, complaining I was going too fast. But he'd have been dead ten years by now.

A fortnight prior, Grandma had passed away and I was back at the family home to help in some way. Not in any administrative capacity—I’m famously challenged in matters of logistics and organisation—but my back’s still good and assumed I’d be useful if they needed to move the couch.

As it turned out, I was two days late. The couch, the fridge, the washing machine, and anything else requiring nothing but brute strength and saintly patience to navigate her rabbit-warren corridors, had already been whisked away on a removalist’s truck.

The house would be up for auction after failing to sell privately—too many ‘improvements’ from my grandfather, I suspected—and I took the opportunity to take a final tour of the home in which I had spent so many weekends as a child. But the removal of all the hard surfaces of their lives had unsettled the dust and I sneezed uncontrollably until I went outside.

I stood on their back lawn and looked over the rambling garden now breaching their once fastidiously-maintained beds. I squinted at the sunbleached timber cross just visible in a thicket of unidentifiable vegetation.

‘Esther’, my Grandfather had gouged from the pine. His beloved orange, short-haired mutt.

When I was a kid, my parents owned a Siberian Husky named Niki. He was as close to a wolf as you could get without a licence and a deathwish and friends that came to visit were often equally intrigued and terrified by him. He was large-framed with a thick coat of coarse fur that billowed and bustled in the wind as his broad tongue lolled between a set of intimidating canines. Though he was as friendly as a Disney fawn, his exciteable and unpredictable energy meant he spent a great deal of his day in a pen my parents had erected to save their backyard. It was big, but not for a dog more at home in the vast wildernesses of North America than a rural backyard. At that time we lived next door to my grandparents, the property boundaries undefined by any fence, and when Niki escaped his cage—which was often—he and Esther used to go on adventures together. That’s what Grandpa called them. Adventures.

As I walked the driveway, dust powdering my dark city boots the colour of bone, I caught sight of a tuft of sheep’s wool entangled in the rusted barbed wire fence of Grandpa's paddock. It had been decades since any sheep grazed there. Not since Niki and Esther’s last adventure.

I pulled the knotted clump away, now tinged green with moss or algae or some noxious poison to keep the blackberries down, and recalled the day our sleepy dirt road stirred with news that Niki The Wolf had escaped and now there was a bunch of dead sheep.

The sheep weren’t ours. Someone in the neighbourhood was keeping them there for—knowing my grandfather—little if any money. I’d never been particularly fond of the sheep. They smelled and were poorly kept, dragging their mangy winter coats behind them for weeks through the mud until they caught on something and finally pulled free. They were also painfully stupid and easily frightened. Not like Niki. He was bright-eyed and strong and brave. I used to have recurring nightmares about a huge black bear bulldozing his way through the bush as I scrambled to keep away from his claws. Until we got Niki. I knew Niki would protect me from anything, no matter how huge and terrifying.

When I asked my parents what happened, they said the sheep had been scared (of course), and they hadn’t realised the dogs were just playing. Stupid sheep. Niki and Esther had chased them until, unfortunately, they had died.

“How?” I asked, immediately not wanting the answer.

Dad told me most of them had just died of fright.

“Does a heart attack hurt?”

Mum interjected then. “They’re not suffering now, darling,” and she squeezed my head into her soft tummy and I felt my throat get tight and my vision went foggy like there was hot water in my eyes. The water stung and then fell down my cheeks and I realised I was crying like a massive wimp, so I cried even more from the shame. I felt Mum’s heart racing, beating like crazy in my ear, and it reminded me of the time I got caught stealing from the school canteen and lied my arse off to the principal. I couldn’t even hear my own voice over the thudding of my heart. I could never pass a lie-detector test in a million years. Clearly, my mother was the same.

Dad ruffled my hair and went outside. He pulled his boots on and I heard the scrape of him picking up his shovel. I asked Mum where he was going.

Desperate to make amends for my pathetic display, I extricated myself from her embrace and told her I was going to help him.

“Oh, darling, that’s not a good idea,” she said in the way she did that left me no choice but to obey. When Star Wars came out, my sisters and I realised that Mum was using the Jedi Mind Trick on us.

So, I stayed in the house and didn’t see what Niki had done to the sheep and Mum turned the volume of the radio up when we heard a car backfire a few times.

Later that night, I overheard Dad say it had taken longer than they’d thought to get the sheep out of the fences because they were so tangled in the wire and wouldn’t stop struggling. That the only way to get them out was to shoot them.

Before the grass grew back, Grandpa’s paddock had twelve mounds of dark soil. Sheep graves. But not neat rows like the cemetery where my other grandparents were buried. Just scattered like a dropped bag of unwashed potatoes. Some in the middle, but most along the fenceline. I tried not to think about what was happening to their sheep faces under the damp earth so alive with grubs and bugs and worms.

Now, as I stood on the fence, no evidence of the dozen mounds, I thought about the bloke whose sheep had died on Grandpa’s watch; killed by my father’s dog. Had he been compensated for his loss? I googled what a sheep was worth and raised my eyebrows to discover you could get $200 for one. Two-and-a-half grand? I’d have been pissed.

That had been the last adventure Niki and Esther took together. About a week later, a man came to our house and took Niki away. Mum and Dad were really nice about it, had coffee and biscuits for him, and I remember thinking even then, is this guy a vet who’s going to put Niki down? but my parents kept saying Niki was going to a farm; where he’d have more space and could run around properly. Where he’d be happier, roaming like a wolf. So, even though I was heartbroken Niki was leaving me, I was consoled knowing he would be happier on a farm and not stuck in a cage for most of the day.

Not long after Niki left with the farmer, the nightmares about the black bear came back. This time, Niki wasn’t there and I woke, hysterical, in a sweaty mess as the beast swiped his giant claws through my guts. Even now, I can’t watch horror movies with bears.

Leaving the fence, I rolled the sheep’s wool between my fingers and flicked it back into the paddock. I thought about the bloke who was going to put his backhoe scoop into a skeleton when this place was approved for development; how hard he’d pray the bones were not human. Maybe I should leave a sign: CAUTION: SHEEP GRAVEYARD.

I wandered back down the driveway to where Mum was staring out across the garden. Her black tea offered up whisps of steam that danced on the breeze and she said without turning to me, “Cuppa?”

We sat on a fallen tree Grandpa had carved into a bench and I asked if she remembered when Niki and Esther went for an adventure in the sheep paddock. She chuckled through her nose at the euphemism and nodded. “Of course. What a mess that was.”

“Care? That bastard wanted two thousand dollars for those bedraggled old ewes. He would have been lucky to get twenty bucks for the lot.”

“Your father and Grandpa came to some agreement, I don’t actually know.”

I looked back to Esther’s little wooden cross. “What happened to Niki, Mum?”

She looked back at me quizzically, her furrowed brow deeply creased, and I thought how much older she looked since she’d given me that hug in the kitchen while Grandpa shot the sheep stuck in the fence. “He went to a farm,” she said, smiling, then turned away. “You know that.”

“Parents always say their dogs ‘went to a farm’,” I said this with air quotations even though I hate it when people do it to me, “because they think kids will blame them for killing their pets. It’s what I’d tell my kids, too. I’m forty-three now, Mum. You can tell me.”

Mum took my hand and gave it a squeeze. Her hand was hot from holding the tea. She sighed and I felt the truth welling up in her heart and prepared for it cascade from her mouth and into my ears and make me cry again like a little wimp. She said with a smile I felt was forced, “Honey, I promise. Niki went to live on a farm. We did not put him down.”

“Of course,” she said, letting go of my hand. She stood and walked toward her parents’ empty house, stopping to pull my head into her chest and give me a kiss. I felt her heartbeat racing like a boy being chased by a giant bear, crashing through the bush.

our story holds to the heart of a reader and I felt it was interesting and told in a direct way. 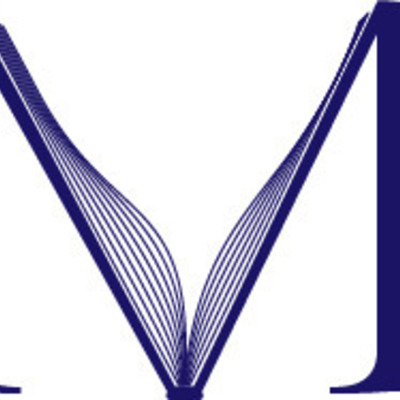 Thanks for reading and taking the time to comment.

Loved your story! The Jedi mind trick line was excellent, and mom's racing heartbeat was a wonderful ending!

Thanks so much for taking the time to read, I’m glad you enjoyed the story. I’m about to get stuck into your submission, actually, so will return the favour.

What a powerfully written story! I like it! You're also very skilled at world-building. - Lee