Forest of the Sorceress

Submitted into Contest #86 in response to: Write a fairy tale about someone who can communicate with woodland creatures.... view prompt

Long hair and a bushy tail tipped in green vanished under thick roots, scattering fallen branches and splashing across a stream. Lena Wulfrun followed, her hands outstretched as if she could grasp the cat at any moment.

The dead wintry odor had given way to the fresh scent of spring, wafting into her nostrils as her hands brushed away low branches and her feet crunched on dried leaves.

She rounded a wide tree, but the cat was gone. Her cheeks ached from laughter and her legs were sore from a barrage of small cuts. In her hurry, she had ignored the many thorny bushes in her path. But worst of all, she had no sense of which direction would lead her back to the cabin.

The forest was identical in all directions, an endless sea of willowy trees intertwined with larger trunks. She had ventured deep, for silence surrounded her, cut only by the occasional bird call and the trickle of the stream.

Lena turned about to see who had spoken, but she was alone. No one walked these woods. The skin on her arms tingles as she realized—no one but the Sorceress.

“No, I’m fine.” Lena’s voice shook as she started walking. Maybe not toward home, but at least away from the Lady of the Woods.

The forest grew dark as the sun disappeared behind the canopy. An owl hooted overhead. Its eyes locked with Lena’s, sharp and focused, and its neck twitched, tilting left and right. It was white and speckled brown save for a trio of green feathers on its head.

“You are most certainly lost.”

Was the owl speaking?

The repeated hoots sounded like laughter. “Yes, I am the owl. What is the matter? Do you not speak with nature?”

“Perhaps you do not listen.” The owl shivered. “But now you hear me, so perhaps you are willing.”

“In return, you must stop your father from destroying this forest.”

The owl spread her wings. “Does he not know the harm he is doing, destroying our home?”

“He is intent on cutting down the forest, but I will speak to him and see if he understands. I cannot promise to change his mind.”

The owl blinked. “We have a deal. Come, child.”

Pa split a log on a stump as Lena approached. “Where have you been? Night comes soon, and we are too near the wood.”

She knew better than to tell. “I’ve been playing.”

“You should play closer to the cabin. Now head home.”

“Pa.” Lena wrapped her hands behind her back and frowned. “Do you really need to fell all these trees?”

He stopped, his ax lodged in the stump. “Yes, of course. The Sorceress threatens our kingdom, and this is the only way to limit her power.”

Pa laughed. “They will move on. The king will pay us handsomely, and we will find a new home, as well—somewhere near the city, where you can make friends and live a better life.”

“But this is their home! Imagine if they destroyed our cabin with their axes.”

Pa leaned on the ax handle. “What put this idea into your head?”

She realized too late she should have kept her secret. Now Pa would ask questions until he had the full story.

She dug her toes into the dirt. “I know I’m not to play near the woods, but I saw a cat—”

“You went into the forest?” He leered over her, tall and wide.

“I’m sorry! I lost the cat and didn’t know how to get home and—” Tears poured down her cheeks and she could no longer speak.

Pa breathed deeply and put his arms around her, releasing a long sigh. “I’m not angry, child, but I worry about you. I’m glad you are safe.” He dropped to her eye level, wiped her tears, and put his hands on her shoulders. “Now, tell me about this owl who spoke to you.”

“She showed me the way out, and wanted me to stop you in return. I thought you would understand. We’re destroying their home.”

“You know animals don’t speak, at least not to us humans.” He gazed into the trees behind Lena. “I wager it was the Sorceress playing a trick.”

Pa stood and pulled his ax from the trunk. “Time to head home. Promise me you will stay out of the forest.”

Hoots woke Lena in the night. She crept past Pa’s room into the wet chill of the night, the air clawing at her like millions of ice pellets.

Moonlight glittered from the clear sky onto the forest and illuminated her path. The owl stood on a branch at the edge of the wood, its yellow eyes following the girl’s approach.

“I fear Pa will not listen to me. He believes you are the Sorceress playing a trick.”

The owl made its hoot-laugh again. “Unfortunate.”

“Please, wise owl, you and your friends must flee. It is the only way.”

“The only way?” The owl’s feathers ruffled and she grew larger. “This is our home! The only way is for your kind to leave forever.”

“I tried to convince him, but he must weaken the Sorceress to protect our kingdom.”

“Protect? She does no harm to anyone. She lives at peace in this forest. Why must nature suffer?”

Lena’s cheeks flushed. “Pa wants money from the king, to give me a good life.”

The owl unleashed a powerful screech like a hawk which echoed through the forest. Animals shuffled through the brush and birds took flight, filling the air with such cacophony that Lena feared the owl was attacking her. She crouched and raised her hands up, but the noise ceased.

“Fear not. I have realized a plan.”

“May I help? I will do anything, I swear! I am grateful for yesterday’s guidance, and so sorry Pa will not listen.”

“Yes, you are key to my plan. Sleep now, and in the morning, all will be well.”

The owl flew away and Lena’s stomach knotted. She worried about how quickly the owl’s mood had turned.

In the morning, Lena was stiff like she’d slept in one position all night. She tried to roll over, but couldn’t because she was standing. She opened her eyes in a flurry of blinks and closed them again, sunlight from the horizon blinding her. This was not her bedroom.

She stood on the edge of the forest facing her family’s cabin, and as hard as she tried, she couldn’t turn her neck—not up, not down, not side to side.

Pa sauntered toward her, ax balanced over his shoulder. He swung the ax back, preparing to strike her. What was he doing?

“No, stop!” she screamed. Her voice sounded hollow and distant.

Father dropped his ax and looked up at her, his mouth open.

The owl swooped down from the sky onto a branch. Her branch. One of her arms, but not an arm. She was a tree.

The owl dropped to the ground, transforming into a beautiful tall woman with flowing green hair. “This forest is now your daughter, and your daughter is now this forest.”

“You! I will break your magic.”

“On the contrary. You, sir, are now my protector, and the protector of this wood.”

“This is madness. She can’t be every tree. I will cut down the rest and end your evil.”

The Sorceress shrugged, transformed into a deer, and pranced into the forest.

Pa approached another tree and lifted his ax, but Lena became that tree and screamed for him to stop. Tears formed in his eyes as he dropped to his knees. “Oh, child. I cannot save you. I sealed you in this fate.”

Lena tried to cry—but trees cannot cry. “You mean I will never be free?”

“If I find a way, I will make it so.” Pa stood and looked at the forest as if seeing it for the first time. “I swear, I will protect you to the end of my days, whatever it takes.”

And so Lena Wulfrun's father became the protector of the forest and its sorceress. Though many sought to destroy the trees and limit the woman’s power, they were no match for the ax-wielding man protecting his beloved daughter. 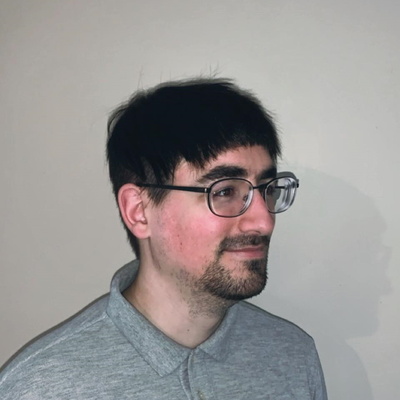