Submitted into Contest #151 in response to: Write about somebody breaking a cycle.... view prompt

“Break the cycle, my daughter. Don’t end up like me.” My mother would tell me.

The earth has felt the footsteps of countless women before me who’ve fallen victim to the cycle of abuse, passed down from mother to daughter. Like the sun that sets when the moon appears, abuse became the relentless rhythm of repetition. With it, tradition formed the lyrics to this sombre tune, its haunting echoes swirling through the bloodlines, replaying on a constant, agonizing loop. Effortlessly, the mother teaches her daughter the melody of silence. And the lives of each generation blur together when the experiences of mother, daughter and granddaughter become all too similar.

Until this very moment, I saw myself as the breaker of this cycle that my mother had fallen victim to. It was me that was refusing to succumb to the generational curse that was passed down through my lineage. The curse that my mom and all the women leading up to her had to endure, long before my heartbeat materialized into this cosmos.

I felt like collateral damage, caught between the bridge of a curse continuing or a curse breaking. I think every child of a broken home feels that at some point between their innocence being violated and their youth being stolen. I felt like I was on a solitary journey, tasked with finding the safety that I was robbed of.

But when memory met reason, it dawned on me that I was never truly alone. How could I have been, when the woman that brought me into this life never left my side for even a split second? How could I see myself as collateral damage, when my mom was the one that had no choice but to live out this cycle so that I could be the one that got away?

So, this is for my mom, a woman who has found strength in ways that I will never understand. A woman who was thrown into a cycle of abuse, drowned in silence, and buried in hopelessness. And at the same time, she made sure that I could emerge from the grave that was dug for us, made sure that I rose through the dirt and saw the sunlight. She made sure we survived.

“Work hard, my daughter, and get yourself out of here. There is a world outside of these walls. Brick by brick, you will build a new life for yourself. I’ve given you everything you need.” My mother would tell me.

“But it’s so lonely, and I’m tired mom. I didn’t ask for any of this.” were the words that never left my mouth.

Why did I even have to be part of this curse? Why could no one come and save me? Why did I have to be so alone? How could I possibly do anything when I was so helpless?

Obstructed by my pity party, I became eclipsed in my own struggle. It was only when I began to hear the small spaces between the sentences and syllables in my mother’s words that understanding began to seep into my being. For the first time, I began to embrace the seamless yield of truth that painted my mother as the entirety of the person that she was, with a whole past in her, that no soul had ever seen. Entire decades of her life where no one had ever comforted her. Entire visions that she never had the opportunity to see through.

Little did I know, I was never alone. That my mom was slowly unbolting every screw that made the wheel turn, so that by the time it was my turn, the structure was already half-collapsed.

I realize now, that if she had a choice, I would never have been a part of any of this. That the so-called 'curse' would never have even touched my fingertips. But it did. I was born into it, and she had no control over it. So, instead, she promised that I would be more than the sum of my upbringing. My mom showed me that being abused was not my spiritual birthright. That even though I was surrounded by it, I didn’t have to become it.

How much lonelier has it been for her? The one who cracked the cycle so that I could get away from it altogether. The one who’s been silently waging her own battles, invisible to the naked eye. The one who had to tend to her wounds, alone.

Yes, my mother lived in a curse, encased by darkness and terror. Regardless, she was still the entire cosmos condensed into a person-sized scale. What is darkness when my mom can draw on the light of every star in the galaxy?

You can never truly eclipse that kind of light. She is the whole that exists in something broken.

I was never alone. Never the sole the cycle breaker. My mother was always there. Gently and discreetly, breaking every barrier that was supposedly set in stone. And I reaped the rewards of every single silent struggle she’s ever faced.

I wake up to calm when she had to wake up to chaos. I watch my life take off, while she had to mourn hers. She lost her beginning, so she gave me a chance at a thousand, endless beginnings.

“Break the cycle, my daughter.”

“But you’ve already done it, mom.” is what I’d tell her now.

This is a story of empowerment. Well written.

Thanks so much Joanne!

You are very welcome 🤗

This is beautiful! Your prose flows well. Wonderful story of breaking the cycle.

Thank you for your kind feedback! Appreciate you taking the time to read my piece!

Unputdownable. Made me cry...

Aww Thank you so much Daria!

Beautifully written. It gives us access to the character's train of thought, to her deepest feelings and her growth/journey to break the cycle. I'd say it feels like a mini-memoir, hopefully we'll get to know more about this character in future stories :) good job!

Thanks so much for such nice feedback, Ren! Really appreciate you reading and commenting!

This was very enjoyable! Well written with a beautiful theme.

Thanks for taking the time to read and comment Alisha!

Thank you so much, that means a lot! I'm glad you enjoyed it! 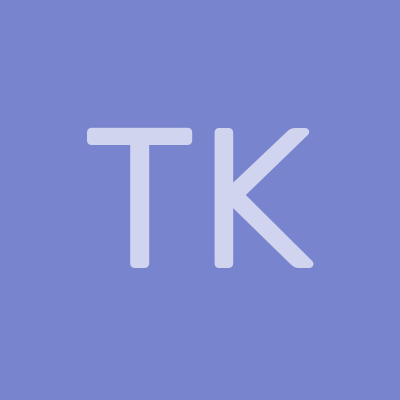 This is so empowering. Beautifully written!

You liked my story. I thank you for that, not because it gained me a like, but because it led me to your page. And it led me to this wonderful, heartbreaking piece that has helped me understand just a little bit more.