A Bartender. A Brute. A Riddle, and an old Sailor, Bruce.

I knew this sailor once, Bruce, old Bruce. A strange guy and a flagrant malcontent, always causing trouble when he wasn't out sailing his boat on the black waters, poking and prodding people like a curious, destructive cat trying to understand what it really meant to be a dog, pulling tails and breaking a silver glass or two along the way.

Bruce would voyage out into the black seas every night, and return solemn and grey the next morning as if empty handed, a golden sun shining down on his ill contempt like a lamp illuminating a festering bog. He was searching for something, out there on treacherous seas, trying to find meaning. A God, an answer. He never did, or so it seemed.

One night he walked into the bar, soaking wet from eyebrow to boot, black eyes wide and filled with horror like a goat about to be slaughtered for dinner. I asked him what he wanted to drink, and he answered through yellowing teeth and a throat filled with dried blood, “a STORM BRUTISH!” Then he told me he finally found it, a solution to a long forgotten riddle, and promised to sleep 100 nights without stirring, and to dream of nothing but calm, clear waters until another waking day would come for war and battle. I asked him, “What did you find old Bruce?”

Before he could open his mouth, Bruce fell to the ground and broke his bulbous nose without uttering another word, and he did not wake up for many hours afterwards. I let him sleep, for the bar was empty, and it was a cold, windy night…

When Bruce woke up it was morning, light filtered into the bar like a dream. Before he left he told me something I will never forget. He said, “you know Brutish, I thought about something the other night. It hit me like a goat hitting a man in the ass with his fat, round head.” I answered, “What's that old Bruce?” He said with a raggedy voice, “I've been a flagrant man all my life, and I've always pretended like I know what I'm doing ‘cause I'm scared, you see. I sometimes thinks everyone knows something I don't but nobody does, nobody knows what the hells there doing out here but you know Brutish the ship must be sailed, the waters must be explored, and the traveling is never still. Storms are created by flagrant men who wish to plunder gold and to find a God, or an answer, and I still haven't found one yet but that's something to hold onto, and I go on to dig the earth like a fool, until it ends and I met the architect, or I don't and I just lay there in the dark, sleeping for 100 nights.” Then he left the bar, and he came right back the next morning, drunk like a fish, jabbering about nothing in particular, and asking me to make him a hot, ham breakfast. And I did.

One time during a crisp, early morning, Bruce ambled into the bar and sat down fish-eyed, unable to breathe musty air into his amphibious lungs. I couldn’t understand him, what a creature this man, so curious in all dispositions, in all manner. He pleaded for water, and when I gave it to him; a glass of water that is, he pored it over his steaming fishing hat, and quickly asked for another. And that’s exactly what I did. I gave him another glass of water, this time Bruce drinking it like a parched camel, having finally reached a well.

He then fell into a chair, like a rusted, weighted anchor. His sleepless honey eyes burned like a lighthouse, searching for a ship, a damsel, or a ghost, but always looking around for something. Who could say what exactly? Nobody knew but Bruce himself. “It’s like an oven in here Brutish! More water!” I gave him a third glass, as he stood up from his sitting position, and finished the glass of water like the second; in a hurry and breathing laboriously like a flapping fish, his gills crying.

I watched Bruce from behind the bar, pretending to wipe down an oily beer glass but never actually cleaning it, washing the same clean spot, over and over again. He sat down again, flustered and unsure of himself. He then stood up from his chair and began wiping the air with his fists, fighting or resisting something invisible, like seeing something in front of him, a hallucination. “You keep your fair distance now! I have an unsavoury hammer, and I’m not afraid to use it ruffian, you diseased bag of ham!” I noticed Bruce pretend to grab something from his bootstrap, from what I understood, and as far as I could see, a hammer, for protection.

Bruce then began fighting with no one in particular, right in the middle of the bar, wavering the hammer from side to side like a swordfighter, a lonely patron in a dusty corner hardly paying attention to him, but rather sailing through in his own troubles, his sleepy expression lost in a past memory. Bruce kept looking behind him, dancing around empty tables and chairs, his feet tapping the scarred wooden floor, his damp boots leaving wet imprints; to be mopped at a later hour. “That’s it! I’ve had enough of you Devil!” His disposition then changed, standing stiff like a confident bullfighter, his pointed chin all the way up into the low ceiling, a proud stance.

I looked at Bruce with the uninhibited curiosity of a cat, still cleaning the same oil-filled beer glass. He stood there in the middle of the bar, a golden hammer in his fist, like a bronze statue gleaming under the morning light of October, streaming through a lonely, glass stained window. “I have to go Brutish! I mustn’t stay here much longer! I can hardly breathe!” And just like that, old Bruce broke free from a binding spell; his shoulders hunched forward, his protruding lower jaw leading him out towards the unhinged doorway. He tapped the wooden frame, revealing a quiet town, sunlight bursting onto stone from the emptied, somnambulist street. I could hear him shouting into the patios, and into the opened windowpanes above, for anyone to hear. “I am not a man! I am a fish! I belong to the sea! I must leave at once!” His old, leathery voice echoed, and left an imprint much like his damp boots did inside the bar. That was the last time I ever saw him, the last time I heard Bruce speak words.

I should have said something to old Bruce. I should have confessed admiration for his joie-de-vivre, for his wildness, a parade of entertainment at the cost of himself in a world that confines anything unfamiliar, and misunderstood. It was a pleasure, and he’ll never know that other than in his own bleeding heart, if a man believes in that sort of thing. He’ll be left alone, trying to convince himself of feeling love when he is already loved unknowingly, but the words were never uttered, only by the wind. And another thought, if I told him that I loved him today, would he believe it? Or would he think of me as an assailant, a needy ruffian trying to empty out his pockets? I should have spoken. I should have said something to old Bruce before he left.

Story has it that Bruce died later that night, voyaging out far into slippery seas, his gaze peering into the beyond while trying to foolishly light a wooden pipe with a match, waves continuously crashing onto his statuesque, unflinching countenance. Who would know such a thing? I’d like to think he’s still out there, a morning sun basking on his burnt lips, smiling and well fed, a glass of water in hand.

You had me at Bruce! What a story :) You give Samuel Taylor Coleridge's "The Rime of the Ancient Mariner" a run of its money. Best line: "I should have confessed admiration for his joie-de-vivre, for his wildness, a parade of entertainment at the cost of himself in a world that confines anything unfamiliar, and misunderstood." I look forward to reading more from you :)

Thank you! Very kind of you to say.. 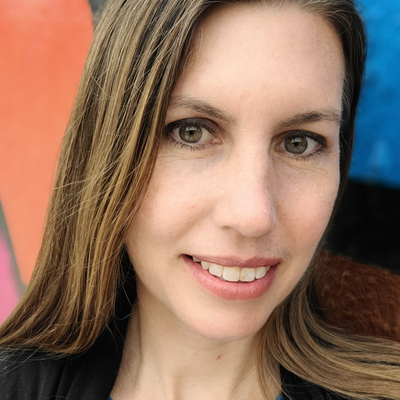 This was unique and mesmerizing.

Thank you A. dot! 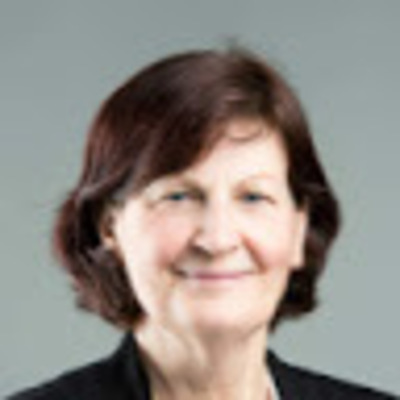 I love the story. I visually see the story because it is so very well written. You are an excellent storyteller and writer. 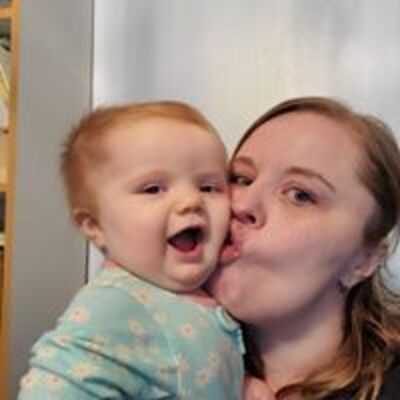 Thanks Jeni! That's such an interesting comparison, I never thought of it that way.. 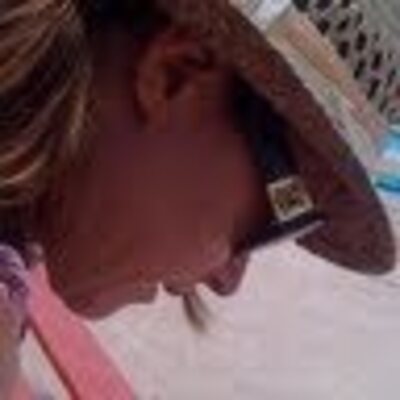 This is a fantastic story, Philip! I absolutely love your first paragraph, it pulled me right in. I kept waiting for the romance part, but then I realized it had been there all along - in the bartender's descriptions of Bruce "...when he is already loved unknowingly, but the words were never uttered, only by the wind." Beautiful writing!

Thank you Julie! Very sweet of you to say! Merry Xmas :) 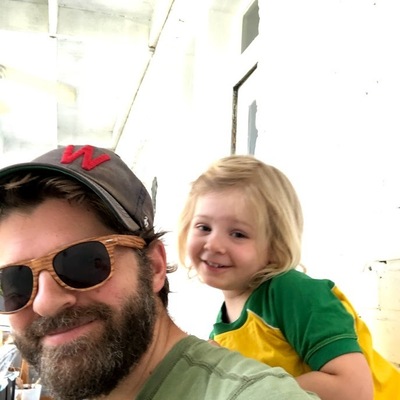 “I have an unsavoury hammer, and I’m not afraid to use it ruffian, you diseased bag of ham!” Ha! Well done! Maybe go a little bit easier on the “like a...” similes. Keep writing!

Thanks David! I'll keep that in mind for next one.. 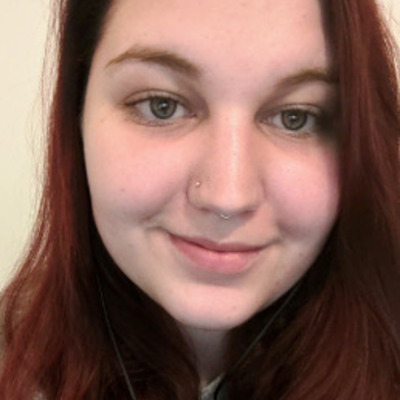 Gorgeous storytelling Philip. I loved the visuals. Really catching from the moment I started reading. The only complaint I have is that it ended :)

Wow, that's very sweet of you to say! Thanks Kaley :)

You're very welcome! I'm looking forward to reading more from you!

You're very welcome! I'm looking forward to reading more from you! 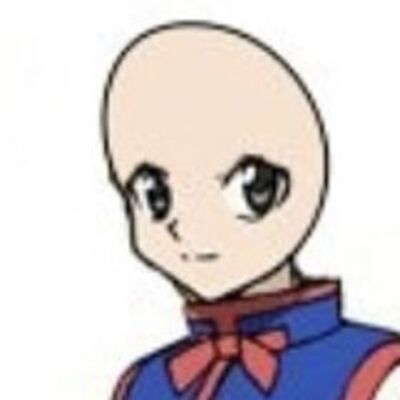 I really like your writing style and use of vocabulary. I really enjoyed reading this story and the pacing of it was nice, it wasn't too quick or too slow. Great job, looking forward to more submissions. (Not sure what to add on but um yeah have a nice day).

What a wonderful piece! I absolutely loved it from start to finish. I did spot a few grammatical errors here and there (capital letters missing, commas), but nothing that took away from the story. You wrote it brilliantly, and keep writing!

Thank you so much! Can you point out the grammatical errors, I will fix them if I can..

Sure, it's nothing major. "he pored it over his steaming fishing hat, and quickly asked for another..." Here I think you mean 'poured', not 'pored'. In the third paragraph, "What did you find, old Bruce?", maybe, instead of "What did you find old Bruce?" And one last thing, it's better to be consistent with starting a dialogue. Like, in the fifth paragraph, 'I answered, "What's that, old Bruce?"', but just before. it was, 'He said, "you know..."' Maybe keep them all capitals after the tag (he said, "You know..."). That way it seems better. T...

Ok thanks, I'll keep that in mind for the next short.