Submitted into Contest #114 in response to: Write a story that involves sabotage.... view prompt 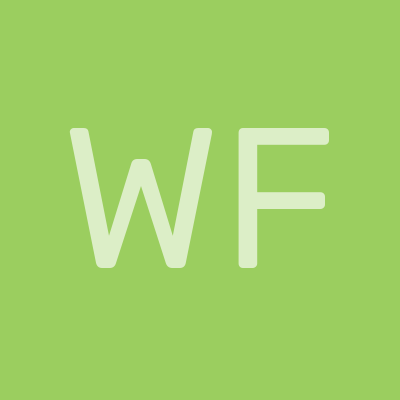 “We have to leave now, Sara,” my mother said.“What!” I said. My parents were leaving to meet a friend so they literally left me with my sister who was right now raking the backyard. “Eve, we are going now.” Mom said.At first Eve did not hear but on the second time she looked quickly up as if for a moment she had left a different world and came back to this one. Without thinking about the rake she carelessly flung it down and ran inside. After a few kisses and goodbye’s Dad opened the door. Suddenly all the heat escaped from the house and I felt extremely chilly. “They said it’s going to snow tomorrow.” Dad said while helping Mom put her coat on before putting on his. “Be good”. Mom whispered to me before closing the door shut. Not playing with my bossy sister was a treat so the only way I wouldn’t be with her was to go up to my room and lock the door, so that’s exactly what I did. Something that I usually did interesting in my room was look at my neighbour out my window. Every day he would bend down to see if anybody ran in his garden in a strange manner. But this time I saw something different. There was a tent in a forbidden field. Wait a minute. That tent is not just an ordinary tent. That is the tent of my neighbour! That meant that these people that were in that tent right now were thieves! I wasn't going to let them stay there on my account. That night I looked out the window to see if the lights of the tent were off. They were, so I got out of bed and opened the door as quietly as possible and tip-toed down the stairs and remembered to get my jacket and a flashlight. I unlocked the window and opened it. If I used the door it would be too loud so I’d wake my sister up.I crept over the field with the flashlight. I was preparing to be a trickster. I found a bag right before the opening of the tent. I peered in it and saw that it was full of the thieves clothes. They were men clothes apparently. I took all the clothes out (underwear included)

And walked towards the trees. I planned to hang the clothes on the trees so they would have to go out of the tent. Then I thought that how was I going to hang them on the trees. They are way to high. So I went to my neighbour’s house to get a ladder which was on the fence. I lifted it up and walked steadily back to the field. I set the ladder down an picked up the clothes and stepped on the ladder and hung the clothes on the branches. I then got off the ladder and ran back home, opened the window, went upstairs and hopped into bed awaiting what would happen the next morning. The next morning I got out of my covers shielding my eyes from the bright sun coming in from the window. When I looked out the window there was glistening snow all over. Suddenly I remembered the thieves and turned my gaze from the snow to the tent. It was about five minutes once one man stuck out his head, fumbling for the bag. When he found it he looked inside it and he was surprised that the clothes were not in it. He then went back inside the tent. Probably to tell his mate. It was less than thirty seconds when both the mens heads stuck out from the tent. Then one man spotted their clothes and they both went back inside the tent. Then both men came outside the tent wrapped around in their blankets. One hopped and kept on hopping until he reached his clothes, but he lost his grasp of the blankets and it fell to the ground. I saw his underwear very clearly which said:I love you. I remembered to take a picture of this to send to my friends. Just then one man looked up directly at me. If this was a movie it would be called braking the 4th wall. I saw an expression of revenge on his face. I ducked down from the window and I was frightened to death. Now I would be hunted down by thieves. Uh-oh. Now this was when the game would start.

At first Eve went shopping, so at least i got rid of her. I opened the freezer, emptied it out after eating some ice-cream that I thought would be a waste to throw away. Then I pulled the freezer towards the with a bit of my friends help. If you went in from outside when you opened the door you would walk across a door in the floor. If you opened it there would be a medium sized cupboard which a normal sized man would be able to fit in it. I put the freezer in the cupboard and opened the freezer’s door, so the man that came from the front door would fall right inside the freezer. I also taped a rope to the door. I then hung a paint bucket with ver strong glue in it. I made sure I would renew the glue every hour. I then got the rake and placed it behind a loose panel of the fence. I also put mini camera’s from my birth in every part of the house. I also put some rolling mini cars on the floor up stairs. After five hours I was completely prepared. I remembered to call the police to catch the thieves. But I got plenty of time to enjoy the fun. The police took forty-five minutes to come here. I was sitting in the living room reading a book when I heard footsteps outside. I looked out the window and saw the thieves planning to attack. But there was nothing to worry about. I had everything planned. The thieves decided to split up one went to the front door and the other would break in through the fence. The man walked around the fence felling around for loose panels. Eventually he found one. He opened it and hopped on the other side. He then stood on the rake and it hit his face and made him unconscious. The other man opened the door and fell instantly in the freezer. I quickly locked the freezer’s door and went back in my hiding place. Then the other man woke up and remembered what he was doing and walked towards the door and opened it. The super strong glue oozed on his back. The man just thought it was paint, so he didn’t do anything about it. He then saw the freezer’s door and walked towards it. Thinking that this would be a trap, he hesitantly opened the door of the freezer. He then saw his mate all frozen up, so he picked him up to bring him upstairs to the bathroom where he would put hot water on his mate. Once he reached the second level, he did not see the rolling mini cars. He accidentally slipped on them, and he fell to the ground. He tried getting up, but failed because the super strong glue on his back stuck to the ground. That was when the police arrived and went upstairs and found the thieves and went their way again. That was when Eve arrived home and opened the door. Oops, she fell in the freezer.

William, well that certainly left a smile or two on my face. Very good story!

I loved this story. It reminds me of Home Alone.