The Codebreak-her by Linda Herskovic

Submitted into Contest #26 in response to: Write a story about a character obsessed with one of the long-dead “greats” in their profession.... view prompt

Rachel was standing at Doug’s computer showing him their version of a coding system. Doug was new to the company.

“Sorry. I’m not used to all these characters being used,” Doug said. “At Richter, we only used only about five at a time.”

“Well, forget everything you know. Well, not everything obviously,” she said with a little giggle.

Doug looked up at Rachel. She had an awesome smile when she wasn’t serious, when her face relaxed. And her hair was so thick and shiny. The ends were touching his arm ever so slightly as she leaned into the screen.

He tried not to look at the rest of her while she bent lower, closer to him.

“Don’t embed this character near this one,” she said pointing to his screen but careful not to touch it. “Hackers look for that pattern.”

“Okay,” he said and clandestinely took a whiff of her before she got up. He recognized the scent immediately. Vanilla. He loved vanilla. Much more than chocolate. When he was a kid, he would always eat vanilla ice cream while the others scrambled for any other flavor. They thought vanilla was too plain. But it wasn’t to him. Vanilla was most delicious. Most delectable.

He didn’t agree with the company strategy. To him, using fewer codes was more efficient. He liked things succinct. Complicated so as not to be vulnerable but tight. Yes tight. Like her skirt.

She was back at her computer and he had to get his mind back on work. They didn’t have much time to encrypt the system for a new client that was launching its company in two days. He had to get it right. He had to prove himself. He had to look good for Rachel who recommended him after meeting him at a conference. Within ten minutes she knew that he knew more about computers than most. And she was right. He was trying to impress her in a flirty way, but she didn’t seem to pick up on the flirty part. Just the nerdy part. At least that’s the way she made it seem. She was probably onto him, but she played it cool. Talked him right into joining the company.

And it seemed to be a good fit although he was used to coding leisurely. He had been working with older people who were in no rush to get anything done, who experimented with different combinations, who constantly played bizarre wordplay games with each other and analyzed TV shows and movies all day long, people who analyzed all minutiae to death. They worked slowly and deliberately. They took a lot of breaks and they loved telling corny jokes and the same stories over and over with a bit of a different twist each time. And kibitzing. They teased him a lot but in a good healthy way. An inviting way. And they taught him a lot. They were like a family. It was hard to leave them.

These people were more his age, young, focused, and they had lives. They also didn’t seem to laugh much. Not that he could see. And most importantly, they had deadlines. Serious deadlines. Everything was hot. Hot. Like Rachel.

She was uptight. He knew that from the conference. All business. Seemed to be wildly smart but playful, no. At least not here. He would find the code to break her. Yes, he would be the code break her. Hee hee. He liked wordplay too.

He looked over at her. She was concentrating, her brow was furrowed, her hands were flying across the keyboard, the muscles in her arms were taut and defined as she banged away. Her breasts jiggled just a bit. Or maybe he imagined that.

He needed to deal with his own work, to get into serious mode. This was important. This wasn’t all fun and games like he was used to.

For one, he would definitely have a fire under his ass. I mean, he needed to figure out the code that would save the world from the Nazis. There was no making a mistake or getting distracted. That was really serious.

He went to get some coffee. Did Turing drink coffee? Was there even coffee available during World War II with all the rationing? Surely they managed to sneak in some coffee to where he worked. All those coders needed something to keep them awake. But he couldn’t remember if Alan drank coffee. Or tea since he was an Englishman. With all he had read about him, it bothered Doug that he couldn’t remember what his preference was.

He went back to his computer and tried to rethink his strategy, do what they wanted him to do. They definitely had a strange way of coding. He was trying to get used to it, arrange the characters as they showed him. It’s not that it wasn’t efficient or intelligent, it just seemed a bit obvious. Adding more characters didn’t combat or discourage hacking. He learned that early on when they did “practice hacking” in his old company. It was the right combination that counted.

He decided to defy Rachel and put the two characters together that she told him not as he had done many times before but he added a third and a fourth and a fifth one to complicate the pattern. When she passed by, she looked at what he was doing. He hoped she would lean closer but she didn’t.

“I thought I told you not to do that,” she said. He liked her stern voice. He needed to be disciplined.

He didn’t say anything and then she did lean in. That scent of vanilla again. It made him hungry. He hadn’t eaten since lunch, a baloney sandwich that he had brought with him. And a candy bar at the vending machine. But that was all he had. He was suddenly aware of his stomach growling. He hoped she couldn’t hear it and adjusted himself to lessen the sound, bending over a bit.

Her hair touched his shoulder this time. She was studying his screen, nodding her head.

“I knew you would,” he said and he cleared his throat. Mewmew. His stomach let out a definitive growl which she ignored. The people who he used to work with would’ve busted a gut.

“Okay then. Go with that. But you need to work faster,” she said, straightening up. “The deadline is inflexible.” She tapped his shoulder for emphasis.

He nodded and thought, “We will be here all night. She will get tired and maybe we will lay on the couch in the conference room together to take a quick power nap. All innocently. At first.” And then his stomach made another horrible noise.

“Yes, sure. I just, I don’t like anchovies,” Doug said, shaking out his thoughts.

“Nobody does,” she said and called the pizza place.

He looked at what he had done and he thought with all modesty that it was quite remarkable. He printed it and handed it to Rachel who studied it but didn’t say a word.

Turing had passion. He didn’t enjoy women as Doug did but he went after what he wanted, no matter, even if it meant going to prison for indecency. It was different times. But there was certainly nothing indecent about expressing love. Nothing. He suffered for his convictions, his anomalies as it were. But he pursued them nonetheless. Doug loved that about him. He loved everything about him really.

He wondered if Rachel had a boyfriend. He figured she was probably around 30, he was 27 so that was perfect. Perfect. She had perfect teeth, white and straight. She could do a toothpaste ad.

The pizza came and they all went into the conference room. There were five of them left. They all seemed punchy. Staring at screens for so long will do that. You could see numbers jump out at you, dancing around when you closed your eyes.

While they ate and drank sodas and a couple of them drank beers, Rachel showed them Doug’s work and bragged about his seemingly simplistic approach to the complex problems they were facing. They discussed it for a while. There was much resistance; nobody seemed to want to give the new guy the credit he deserved, maybe because they perceived it as their own failure or inadequacy. But it was just another way to approach it. Fresh eyes so to speak. And he was glad to impart his knowledge to them, share his experiences. That’s what he was hired for. He loved that Rachel was defending him, even though she was probably doing it because she brought him onboard. To justify herself. But that was okay.

They argued and discussed and then, miraculously, they came to a compromise and decided on a winning strategy. One that included his structural codes. They would throw in some of their own convolution, just to make themselves significant, but the main source of protection would be his encryption. That’s what they would present to the client.

There was a collective sigh of relief in the room and then the pizza was devoured as they all agreed to go home and get some rest. They would reconvene in the morning, hopefully all refreshed, and finish off the project. They chatted excitedly, even had some laughs, as they threw away empty boxes and cans, welcoming Doug as part of the team, an integral part no doubt. Then they went back to their stations to shut down for the night.

Doug backed up his work and turned off his computer.

“Goodnight Doug. See you tomorrow,” Rachel called out. “And thanks.” She was satisfied. She had hired a winner.

“Yes, see you,” he called back and when she was out the door he said softly in an English accent, imitating what he imagined his hero sounded like: “My pleasure my love. Perhaps we could have a drink together to celebrate soon. Ah yes. We have cracked the code to freedom. Now to crack the code of romance.” He quickly looked around to make sure no one heard him. They were all scurrying to get out of there so he was safe.

As he headed home, he slowly let go of Turing, the tension, the war, the desperation. Then he let go of his desire, at least for now, and the anxiety of having to prove himself, his worthiness, his ability to fit in. He felt good about his prospects at this new place, he was confident that she and the rest of them would loosen up around him and he would be part of something social, beyond work. A new family. He walked a little faster, thinking about his pup waiting for him at home. His Enigma, who loved her dog walker but worshiped her master. His beautiful Enigma. He couldn’t wait to tell her all about his first productive day at the new place.

Loved how you characterized and developed Doug, especially in the ending.

Loved this story. I’d mention the dog earlier though. To me the best parts were him thinking about his attraction to his supervisor. I also loved the part about vanilla ice cream. 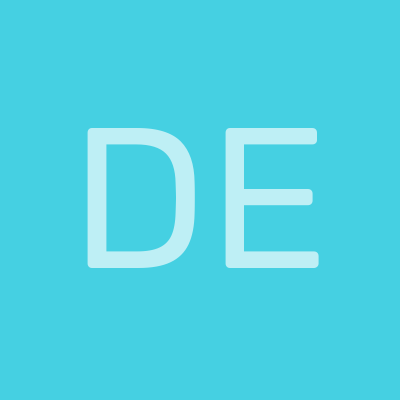 Wonderful. Enjoyed all including Enigma nod at the end.

Thanks. Glad you got that. 😁