Submitted into Contest #149 in response to: Write about a character who is trying to convince others to play a game.... view prompt 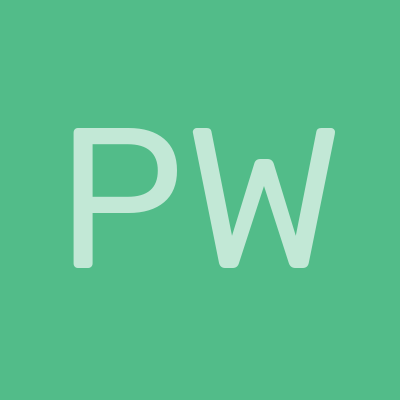 This is the sound I heard as I got off the school bus and started for the front door of my house. Oh my, it’s already started this Christmas season. I wonder how the season will end, and who will get hurt because someone always gets hurt before New Year’s Day.

As I entered the living room, the smell of turkey and dressing, pumpkin pie, cranberry sauce and so many other tantalizing aromas let me know we will have a great feast tonight.

I was right, today was the last day of school before the holiday celebration, so I was home four hours early. Just after I changed my clothes to get ready to help mom in the kitchen Uncles and Aunts with cousins and a few long-time family friends started to come through the front door with presents and more food.

At 5:30PM, mom announced that it was time to sit down, say grace and start our holiday celebration. It took twenty minutes before everyone was seated and quiet so dad could start the prayer. Our prayer was different from other families we had spent the holiday celebration within previous years, we started with one person opening the prayer then it moved over to another designated person who continued the prayer and so on until all six people had said the “Thank you’s for our good fortune and meal”.

After devouring the meal, my stomach was so full, I had difficulty having pumpkin pie and whipped cream, but I managed to get it down. Now I’ve done it and didn’t know if I was going to be able to help with dishes. Something happens when mom asks me to do something and I jump up like I’m raring to go, I started clearing the dishes off the table. This year was our families turn to pick the game to be played after dinner and mom choose the Hedbanz game. I was so embarrassed she had picked that game; I know I was turning red as she explained how it was played.

Bottom line is that all participants sit around the table with this headband on their head, right in the middle of their forehead is a card that says “I am a swing, a book, cheese, bread, a feather, a zebra, etc.” The person wearing the headband doesn’t know what it says on the card, but everybody else does. THUMP, THUMP, Thump, Thump, thump,……..Everyone stopped talking, the house with at least 35 people in it was so quiet, you could hear a pin drop. We looked at each other and listened, but the silence was deafening. Mom made a sigh of relief, then she started to continue the instructions. She told everyone that when they were in place for the game, the person who’s turn it is, begins to ask questions of those around them like; Do I have legs? Could I be a pet? Can I swim? Can I fly? Can I be worn? Am I heavy? Am I alive? Etc., until the person figures out what or who they are.

My dad started the game and asked his brother, Dave; “Can I be eaten at a Holiday dinner? “Just as Dave started to answer; THUMP, THUMP, Thump, Thump, thump,……..

Again, the silence was deafening, this time the sound didn’t wait and came again and again. At this point everybody was thinking that someone should, either call the police or go outside and see what it is. My dad volunteered due to this since it is our house. He went over to a drawer in the kitchen and pulled out a flashlight, it was just getting dark, and he felt that the light would give him an advantage. Dad went out the front door at 5:30 PM we were looking out the windows in the living room for what seemed like an eternity, and then the light vanished. We expected dad to walk back in the front door but nothing, no noise, no light, no Thumpssss.

An hour has gone by and still nothing, then all the sudden THUMP, THUMP, Thump, Thump, thump……..and again and again, what’s happening out there, we were getting more worried than before, Dave said “I’m going out there to find out what’s going on.” He repeated dad’s steps, he got another flashlight, and went out the front door, it’s 7:00 PM now. The weather is getting ugly, it’s starting to snow, and the wind is icy with pieces of sleet. There was snow on the ground when everyone arrived this afternoon, but the weatherman said, “No precipitation in the small passing storm”. I always put faith in what the weatherman says, but this time he was off. At first, same as dad, we could see the light shinning outside through the windows, and then just like dad, the light vanished, no light, no noise, no Thumpssssss.

Ok, mom said “This is ridiculous, come on all of you grownups, we’re all going to go out there and see what happened to dad and Dave, meanwhile Susie, call the police and tell them what has happened, and that half the family is now outside. If they didn’t want a major catastrophe on their hands this holiday season, they had better get over here now and help find 2 people who were trying to find out what was happening”.

Mom walked over to the drawer where dad and Dave pulled out flashlights, but there aren’t anymore. Mom told me to go into their bedroom and look in the nightstand, to see if there was one in the drawer. I went into their bedroom, but I didn’t turn on the light because there was enough light coming in from the living room that I felt like I could see good enough.

I reached for the drawer handle, just at that moment something out of the corner of my eye, caught my attention.

I looked up and to my surprise, it was dad and Uncle Dave standing in the shadows, I was about to scream when a hand came over my mouth and pulled me down into the closet.

“Susie, how long does it take to look in the nightstand drawer?” mom bellowed from the living room.

I couldn’t answer, she called out again then sent my cousin Carol in to find me and see what the problem was. Carol came into the bedroom, but she turned on the light, dad, Uncle Dave and me and whoever it was that put their hand over my mouth ducked out of sight. Carol tried to scream but someone put their hand over her mouth also and pulled her down in the closet but not close enough for me to touch her or whisper to her. The light went off. By this time mom is furious, she came stomping into the bedroom and turned on the light

Everyone yelled in the bedroom and in the rest of the house, people pulled out presents from behind chairs, in closets, in cabinets, you name it. The Party was on, also came out of the kitchen was a three-tiered red birthday cake with exactly 50 candles on the top.

Mom burst out in tears, it’s true, her birthday is on the 24th of December, and it’s mixed in with Christmas every year. That had happened so many times that she basically forgot that she even had a birthday every year. Mom finally calmed down and the party started, there are more gifts than she has been given in her entire life. My Aunt Beverly, (Dave’s wife) came walking into the bedroom from the kitchen with plates, forks, napkins, etc. and it was so perfect to stay in the bedroom, everybody gathered around the bed and a couple of chairs and the cake was cut and distributed, mom opened her gifts.

Of course, since we were worried (?) she couldn’t stop crying all together, but whimpered the rest of the present opening.

The doorbell rang and Carol went to see who it was, in comes the Police Chief (Paul and his wife Sandy) carrying an arm full of gifts. Mom wailed again and took that opportunity to give everyone hugs, she sat down again and continued opening her gifts.

Carol asked, “What made the bumping noise, it sounded like the house was falling down?”.

Dad started to laugh and said, “It was an aluminum boat under leaning against the piers of the house, and Danny (one of my cousins) was under there raising it up and letting it fall against a pier and that made the boat bounce a few times against that pier, so the sound of it dwindling down until it stopped.”

Everyone started to laugh and then came the clean-up of the cake and dishes.

It's now 11:30 PM, people started to leave the party, and it wasn’t until 1:30 AM that we started toward our bedrooms to go to sleep. By morning, presents showed up under the Christmas Tree, the world is covered with a new blanket of snow, 3 inches and the day was ours to enjoy. Mom thanked us for the party even though there might have been a homicide, all is well that ends well.