“Hello, how can I help you today?” I asked a man who was staring at his phone, obviously working.

“I’ll take a caramel macchiato.” The man replied, still lost in his work.

The man mumbled something under his breath but I couldn’t quite figure out what it was.

“Sir, I asked if there was anything else I could get you.”

“No, I’ll pay now.” He responded as he swiped back and forth between emails.

I handed the man his coffee and he walked swiftly out of the shop and made the bell on the door go Ding!

Another customer who had blonde hair and had her face stuck in her phone came walking in so fast she hit the counter.

“Are you okay?” I asked the woman as she set her phone down and rubbed her side where she hit the counter.

“Fine, but I demand a discount!!” She snapped as she picked up her phone again.

I had no clue how that was fair because it’s not like it’s my fault she had her face stuck in her phone.

“No- you may not be able to but you will!! Get me an espresso pronto!”

I handed the woman her coffee and she stumbled out the door, still holding her face in her phone.

“Gosh, why do people have to be so mean?” I muttered under my breath.

A jolly lamplighter with a brim beret suddenly walked into the coffee shop with a smile on his face.

“What can I get for you sir?” I moped across the kitchen to the cashier and started to take his order.

“What’s the matter?” He asked like he knew something was up.

“Just… I feel like so many people in the world are being mean. Or maybe that’s just me, but I’ve had two customers who’ve came in and been so snappy.”

“We all have bad days.” The man’s frown turned back into a smile as if he’d taken out the white cloth hanging from his pocket and wiped it off.

“I’ll have an Americano, please.” I put the order down and went to the back to make it. I was about to take the payment from the jolly man when I told him “It’s on the house.”

He was pleased and he walked out of the shop just as jolly as he’d come in.

I walked to the back to wash my hands, but suddenly everything went dark. I tried to turn on the lights but I’d realized that we’d lost power.

I trudged through the white snow outside and tried to look for signs of power to get warm again.

I looked down the streets and there was no power on any of the shops. I looked up at some of the tallest city skyscrapers but still, none had power.

“Ma’am!” An older man tapped me on the shoulder with fingers as cold as ice and he pointed to his tiny clothing shop on the corner. “I’m trying to get more people into my shop. If we all huddle together we could get warmer in this horrible snow storm. Go, get warm.”

I did what he said because I knew he was right. This was one of the worst storms I’ve ever experienced and definitely the coldest. I trudged through the snow again, being careful not to slip on the ice.

Ding a ling a!! The door jingled.

When I peeked my head inside the clothing shop, everyone was huddled together and they motioned for me to come huddle and get warm with them.

“We ain't never seen no storm like this,” A man in a business-like black suit said.

Everyone nodded their heads and then a young girl about my age told me to come sit with her and we talked in the warmth of the corner.

“Hello, Ash. I’m Mia.” I introduced myself. “Were you scared when we lost power?” I asked, hoping I wasn’t the only one.

“Yeah, so scared. And cold. The heat immediately turned off and I ran out of my shop.”

I gritted my teeth. That coffee shop was our biggest rival. They even stole our name when we opened. I coiled back to life to find Ash waving her hand in my face.

“Mia. I asked what shop you work at.”

“Brown Bear Coffee.” I replied, gritting my teeth as I said it.

“Oh. Well, nice to meet you. I know we’re enemies but in times like this-actually in all times- we don’t have to be. Come on. I can’t talk to these old people all day. Let’s go to your shop.”

We trudged back through the snow and went into my shop. Surprised, I saw about twenty people huddled in the corners talking and drinking hot cups of coffee.

Ash and I looked back and forth between each other and the hot cups of coffee and the strangers. I could tell we were thinking the same thing.

“Did the power come back?” We said in unison.

A man-who I immediately recognized as the shop’s owner, Mr. Kane- came running over to us.

“Hello, Mia and friend. Yes, the power did come back but I haven’t told anyone. I guess no one is smart enough to figure out that I gave them hot cups of coffee. That takes power.” He explained. “Also, this is bringing people together. People don’t have their faces stuck in phones. Instead we’re talking to each other.

I thought the exact same thing this morning so I got where Mr. Kane was coming from. Maybe it was better to keep the power off sometimes and get together. We were bringing people together and making our city stronger.

Ash and I sat down with other kids our age and talked for a while, while we drank hot cocoa.

I loved the ending how people weren't stuck in their phones anymore. I think you could have made the story a little bit longer

thank you for the feedback! 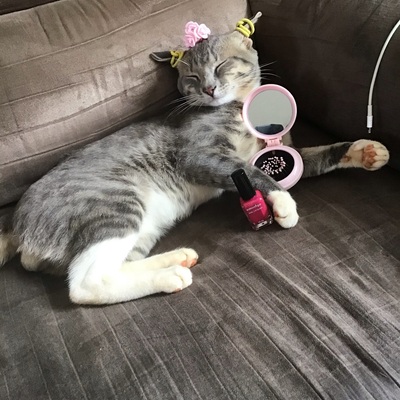 Hiii! I really like this story! 😊 I love how you explained about the unison of people in this particular world in the end. I must say, the way in which you wrote this story according to the prompt is- terrific! It’s quite creative and original :) Haha, I cracked up a teeny bit when I heard the name “Brown Bear Coffee Shop” 😂 🐻, cute name! I truly agree with you, most people these days don’t really engage in real conversations like “back in the days”, I guess? People are mostly stuck on their cellphones, scrolling and scrolling... endlessly. ...

Hiii! Thank you so so so much! You're so sweet! I'm glad you liked this story and how I wrote it. And I really agree with you on how people don't really spend much time together. We should though! And thanks, I love my profile picture too. :) :) :)

Heyyy! 😊 Of courseee :)) It’s my pleasure 🌸 Aww, thank you so much for your compliment; I’m so flattered 😁. Your story is incredible, and I thank you for such an amazing read. Yes, your profile picture is the cutest ✨. I will most definitely continue to read your stories, they’re wonderful! <3

I think I found my favorite of your stories, such a nice feeling to live in the moment. And you did a good job with the theme. The rude customers the power outage, the animosity all circled around how nice it is when you put your phone down and enjoy real human interaction without distractions.

Thanks, Eric! I thought the rude costumers added a nice touch to the story. Thanks again! :)