Submitted into Contest #78 in response to: Write about someone who keeps picking up different hobbies but never manages to stick with them.... view prompt

It’s been so long since Alay smiled. One big tragedy changed his life forever. Black clouds surrounded him and he lived a miserable life. But one day something miraculous happened that changed his life in seconds.

It was a beautiful sunny morning in the village of Gala. All the kids were playing, women were busy in doing household chores and men were getting ready to harvest their crops. All the villagers were united and respected one another. Women mostly made rugs and traded so that they could run their household. On the other hand, all men of the village spent half of their days harvesting the crops. Zen and Ben were two young, ambitious brothers who wanted to change their lifestyle and do something for their people. For that reason, they decided to explore villages nearby so that they could meet people and start a business with mutual understanding. They used to get up early, helped villagers in crops harvesting and then left for knowing more people.

One day as they were walking by, a group of men with their faces covered came and aggressively asked them to sit in the car. The car was filled with four more men who were blindfolded like them. None of them knew where those men were taking them. It was a long stressful journey. Neither Ben nor Zen knew where they were going. They were full of curiosity, anger and stress. After hours of travelling in a congested bus, they finally reached an unknown place.

When the blindfold was taken away from their eyes, they saw something very unusual. To their surprise it was a jail. A place with a thousand rooms filled with eight men each. The walls were made of white rusty tiles and the floor of cement. From old to young, men of all ages were imprisoned. On the other hand, none of the brothers knew why they were brought here. After some checkups, they were put into a jail that consisted of only two men. Their first two days in the jail were okay until the day of execution. The day in the jail started at 5 in the morning. All prisoners were forcefully awakened and sent for a bath. All the men were distributed into two lines. One line had newly imprisoned prisoners while the other had the ones who were given the death warrant. After bathing and wearing new white colored clothes, the ones who had their due date were sent towards a long narrow lane where no other man was allowed. It was horrible. Day by day Zen and Ben’s anger grew but no one was around from whom they could ask their fault. After a week, they became friends with the two roommates. One was imprisoned on a false case of murder and named Clan. The other man was in his mid-seventies named Alay. Alay was a retired police-man. Just like the two brothers, he also did not know his crime. Some days in the jail were full of depression while others were a little better. All four of them became good friends with each other. They promised to stay with one another through thick and thin. Things were going fine and all four started to adopt the environment as it was the only thing, they had to do but one day something unexpected happened.

The day started an hour before 5. There were sirens and shouts everywhere. After a while, five to ten policemen came towards Zen and Ben’s cell and asked them to blindfold. They were exhausted and anxious. Why was this happening to them? Why they and not anyone else? They were taken away from their partners and sent to another place but this time, they were kept in two different prisons in two different places. When Ben opened his eyes, he found himself wounded and hurt. He had been beaten all night. On the other hand, Zen suffered from stomachache and was in a critical condition. A few days later, Zen passed away. Ben felt alone. He suffered so much in jail. He was beaten all day. Sometimes with belts and sometimes with a bat. The keepers mercilessly kept on beating him. No one told him his fault. He was a happy person who lived with his small family in a beautiful village. They were two brothers and sisters. His mother used to make rugs while his father was ill for years. Having all the relations, he felt alone in that jail. No one by his side. No one to listen to him. No one was there who could tell why all this was happening to him. The reality of being away from his family was enough to worsen his health. He was hopeless.

It was Ben’s 100th day in the jail. That day he made an escape plan. As the dark night surrounded the jail’s walls, Ben sat there waiting for the keepers to sleep. After hours and hours of waiting, finally he got the chance to escape. A keeper sat on the right side of his cell. That day he had keys on the tip of his gun. Ben somehow got successful in getting the keys. It took him about two hours to escape slowly and carefully. This time he got lucky and was successful in escaping.

During his way to the village, he saw a familiar face sitting in tree’s shadow but could not recognize. When he asked him his name, he replied, Alay. A flash back of happy and sad memories flashed through his brain. They were best friends in jail. Alay was also successful in escaping but lost Clan as he was sentenced to death. When asked about Zen, none of them knew what happened to him. It was heart-breaking for both of them to hear about the death of their two beloved friends. Alay told Ben the cause of their imprisonment. They were kidnapped on the false allegation of kara blast that happened two weeks before the incident. They were innocent but at the end the only good thing about that moment was that they were free, finally. After days and days of wait, Alay finally met someone he loved dearly and that brought his precious smile back. Every person we meet, come in our life with a purpose.

Hi there! I really liked your story and your vocabulary. WoW!! Anyways, I think the writing a story that doesn't have many break lines in it is kind of distracting. I think this story would have been better told if you had broken it up. Good job, though!!

Hey! Thank you so much. Will surely work on that! xx

One of the most fascinating story I have read ❤👌 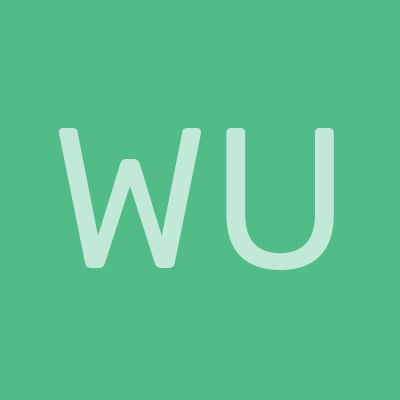 Wow ! The story is awesome 🤩. The use of vocabulary is soo accurate and you really did a amazing job ❤️Keep it up 💫

Thankyou so much! ❤️

The storyline was great, it kept me hooked till the end. You did a great job!👌🏻❤️ Keep it up and all the best❤️

Incredibly awesome and I love how deep and rich vocabulary is. Really appreciate your writing skills! 😍💯

Thankyou so much! ❤️

Wow Totally speechless,I was amazed by your idea Keep it up.!