Submitted into Contest #1 in response to: Write a story about a sweet sixteen.... view prompt

When I was fifteen, things were the same. When I was sixteen, they were different. I knew that when I woke up that morning and there was no soup. “We’re out,” she told me. I looked down into her eyes, the eyes that held the stars, and I said I’d be back. I strapped my knives over my waist. I could feel her looking at me, but I didn’t look back as I stepped out into the place that was the City of Angels.

I walked through the memories of that city again. And again, I tried to push them away. I walked through those dark and looming streets and ignored the buildings that should have been there. My feet kicked up the dust and my eyes watched it stick gray to my ankles. I was sixteen. Things were the same.

The boat that was there had never been there before. It was a battered raft, shoving up against the shore like someone half out of bed. The wood of it was washed white and the tattered sail hung from the pole. Hung. In the City of Angels. Hung dead.

Sand stuck to my legs--blanched sand that mixed with the gray dust. I ran down that beach, looking for the things that could bring us soup, and I found nothing. I could not go back to her without something. I would not look into those eyes that held the stars with nothing for soup. There were six of us in that old park, six of us that needed soup. I had to find the things for it. That was my job. I had to do my job.

But, as I ran, I slipped the tie from my bun, and my hair flew out about my face like a halo. It waved in the wind like the seaweed in the water--slowly, gracefully. Bouncing with every wave that ran over it. I loved my hair like that because I loved me like that.

When I came to the end of the beach, I stood to feel the wind pushing me away. I felt my curls tickling my nose and I let them. I turned toward the smokiness of what was as I headed back into the City of Angels. And it was that, a city of angels. No one ever said what kind.

There were footprints in the gray dust that covered the city. Three sets of footprints, two wandering, one leading. I hadn’t seen them before. I hadn’t looked before. They were footprints that led from the boat with the hung flag. And they led deeper into the ruined city, into the deadly city. So, I ran deeper into that city. I would find the owners of the footprints--the two who wandered. The one who led.

I did find them. I found them on the steps of a place that had been a theater. Two men with manes like lions and limbs that flailed. And a woman. A woman that stared at me and could have sliced me apart with her eyes. “What do you want?” Her voice was thick with a voice from another land.

“Soup,” I said. Her chestnut brow arched. Her lips smacked. She was thinking about soup.

“I don’t know who you are,” she snarled then, “but, if you are any affiliate of the armies--”

“I don’t know.” The wind tugged at my coils again. I blinked as I stared through it, into the eyes of the woman who led.

“Many don’t, not anymore.” She shrugged the satchel she carried to the ground. “You have family?”

“Then, I have things to make soup.” She pointed to the sack. I smacked my lips. So did she.

I walked ahead of them, back to the old park, to tell the eyes that held the stars that there would be soup tonight. I listened to the three walk behind me, their steps tired and slow. I could hear their chests heaving for breath as I showed them the way. They were not from here. They’d come here in the boat with the hung sail. Fugitives, I thought. Fugitives, running from the armies. If I was caught with fugitives, I’d be joining the ranks of the city’s dead before anyone could shout. I looked over my shoulder, into the woman’s eyes. Not just fugitives. Deserters. They were running from the cruelties of an army, an army that would do anything to get them back. It occurred to me then that I might well be leading the three most wanted people in the world into the old park.

And when we were there, I helped them with the satchel. The others came out from their cots to stare. My best friends were quick to pull me aside. “Strangers?” One stared up at me, the stars in her eyes more afraid than angry.

“They’re fugitives,” she murmured to me. I laughed.

“Not like that,” the other said. I bit my lip. No, we weren’t like that. We weren’t wanted--we were the forgotten. The kids who’d been left behind for the angels to watch and care for. And the angels hadn’t, so we, my friends and I, had. I sighed. It was a stupid thing, to wish for trouble. I was sixteen. I had to protect the kids here. I couldn’t wish for trouble.

I did, though. I wanted there to be armies in the City of Angels again. I wanted to be there, alone. I wanted to fight those armies. Lose, probably. Maybe win. I didn’t care.

“Well,” my friend said, and I knew that she knew what I was thinking, “the fugitives brought us soup. I suppose they can stay...until they feel better, that is.” That was a lie. I knew she’d let the fugitives stay for a long time.

And as I sat down to build a fire for the soup, I felt the woman fugitives’ eyes on me again. Staring. “You,” she sighed, “don’t know who you are?”

“No,” I said. The woman rested her chin in her hands and I noticed that her little fingers were missing.

“Would you like to find out?” She stared at me harder. I looked up. She had the eyes of one who led. She wanted to lead me...into what?

“How?” I questioned. A twig cracked and sent up a fountain of sparks between us.

“War.” Her green eyes pierced through the red of the fire. I looked at her.

I was sixteen. And everything was different.

Amazing! One of my favourites:) 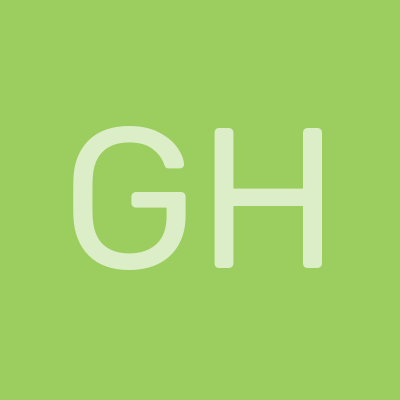 Thanks! I think this one is leading to a novel.