Submitted into Contest #151 in response to: Write about a character who keeps ending up in the same place.... view prompt 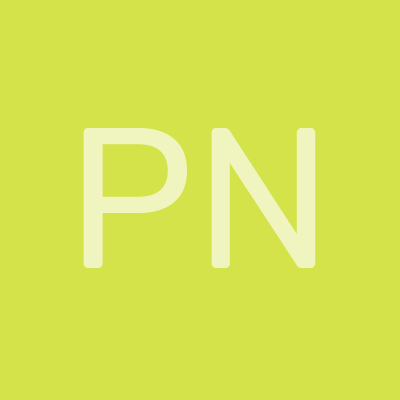 This story contains themes or mentions of mental health issues.

By the hour Lawrence Lockyear had reached the glittering granite base of Half Dome, the sun that once hung so lofty over the peaks of the Sierras had just begun to dip beneath an encroaching cloud bank – a surprising sight indeed to those solely familiar with the California mountain range by way of the sun-bathed and saturated photography from the latest outdoorsy Instagram influencer, or, to those most locally acquainted, an expected and welcome annual visitor. Lawrence was of the former variety, and upon seeing that cloud bank, he felt an indescribable hopelessness that he hoped would dissipate as quickly as the graying skies might, as he embarked on what was his final mountain ascent.

It was during these early winter days alone that the otherwise arid, craggy landscape of the Yosemite Valley could be only briefly steeped in a rejuvenating rainfall, just ahead of the heavy snow that would hold fast until the cruel heat of midsummer.

So this was often playfully called the “sprinting spring” – when wildflowers, starved seeds beneath sand through all the year, could at long last burst through to bloom, and coat the barren cliffs in brilliant sunset shades of poppy orange and purple lupine. From a canopy of the earth’s oldest trees would spill eager blue jays, trilling yellowthroats, and greedy black birds to feast on beetles long locked beneath roots, now pulled to the topsoil in spite of their downward writhing. Even the largest of creatures, from the stoic elk and bighorns to the black bears, could find benefit in these short days of spring, as the river beds filled with water and plentiful fish, the grasses grew taller and fuller, and all the intruding of mankind was, for only these days of continued downpour, unwelcome and legally prohibited from entering the National Park.

Insofar as they could, dutiful rangers had prepared the park for the sprint of spring – this year having arrived earlier than ever before, and resulting in countless calls with disgruntled would-be campers to advise them of the unexpectedly early end to the camping season. Among the masses reached by every means possible was the eager new outdoorsman from the dreary port town of Runcorn, in the Borough of Cheshire, England, who was already aboard the train from Sacramento to the Yosemite Valley following days of confounding air travel when he received the call on his cell phone. Upon seeing the number, Lawrence Lockyear sent it to voicemail.

He knew what the rangers’ business with him was, he’d seen the news all across his social media prior to touching down in central California; every one of his peer outdoorsmen accounts had shared the news and expressed their individual great disappointment, and simultaneous respect to the forest rangers and their verdict. Whatever qualms his counterparts held were fair, thought Lawrence, though he couldn’t help himself from finding humor in the apparent readiness of Americans to give up in light of a little rain – it had rained in dreary Runcorn all year, every year, for all of his 39 years of life.

A man formerly self-diagnosed with seasonal depression, a copy of John Muir’s “The Yosemite” uncovered accidentally in the depths of a bookstore in Liverpool had become Lawrence’s most coveted possession earlier that year. At a short glimpse, it would be most likely assessed by an onlooker that the immediate importance of this book to Lawrence was due to the reality of his ordinary, perhaps mundane, life. One may surmise that it was the repetitiveness and thanklessness of his former day job – where some misformed mosaic of words were strung, in vain, to produce a meaningful title he could be identified by, in some ordinary company that produced some ordinary product that was to be incorporated into a larger, ordinary product by another, slightly larger, ordinary company. One may have pointed to the loneliness of his nights, where unaccompanied but for his cell phone, he ate little in solitude while drinking for many, as he scrolled the endless landscape of Instagram in search of connection, something that could ground him to the earth in a significant way. One could even claim, as Lawrence often did, that it was the very place he lived in itself – remote enough to lack the vibrance of neighboring cities, yet industrial enough to lack any true semblance of wilderness – was cause enough for bleakness. Discovering the prose of John Muir, itself the most exciting adventure he'd had until that point, gave Lawrence more than a glimpse of the bounty of the world beyond the grim skies of calloused clouds and shipyard steam of Northern England, but what he then would refer to as a calling in both nature, life and even career.

That night, the Instagram landscape saw sprout a new account, @lawrenceofnature, which Lawrence created to, according to his own description, present “the journey of one man’s mission to follow in John Muir’s footsteps, from one side of the world to the other. The mountains are calling, and I must go!”.

The next day, he quit his job.

The following day, he began the diligent work of preparing to not merely visit, but conquer and make his that great place called Yosemite. He sought advice from all forums and consulted the ranks of the most traveled on social media, and spent his savings on the needed plane tickets, climbing passes, and of course, the finest gear to aid in his highly anticipated climb of the most known peak of the valley, that magnificent Half Dome. He knew he would find there the meaning and beauty in life that had eluded him for so long, as John Muir promised in such joyful poetry through emotions Lawrence could not recall experiencing since boyhood. Though there were concerns from family and former co-workers, Lawrence promised the necessity of this journey as well as his safety – according to social media, the ascent of Half Dome, though arduous, was facilitated by a series of ropes, chains, notches and ladders provided by the park service to allow for even the most inexperienced climber success. His mother did ask for him to seek his purpose in England, arguing that he was sprinting too quickly through these decisions, and implored him to seek the meaningfulness of life existing in all places, even small towns such as theirs undescribed in large literature. But at that time Lawrence had already packed his professional climbing equipment, his copy of The Yosemite, and a bottle of whiskey he was to enjoy at the sunny, rounded peak in just three days.

Lawrence found his way through the Yosemite breathlessly, due in part to the physical exertion on a relatively inactive man, and the rapid change in time and air pressure, to be sure – but also in the majesty of the park that exceeded even his extreme expectations. From the looming range of mountains that jutted thousands of meters above the tallest steeple in the tallest church in Runcorn to the unanticipated explosion of color of wildflowers and songbirds so alien to him, he was so enthralled, he nearly forgot to document the experience for his Instagram followers. He briefly live streamed his successful journey to the park, and boasted the presently clear and sunny skies to his viewers, noting how glad he was to not have heeded the ranger’s warning as he neared the glorious rounded mountain he sought.

By the hour Lawrence Lockyear had reached the glittering granite base of Half Dome, the sun that once hung so lofty over the peaks of the Sierras had just begun to dip beneath an encroaching cloudbank. The sight of this alone could have brought back the emotional symptoms of his depression – clouds and rain reminded him of that awful, insignificant life of his, and took him across the world back to that small place he blamed for his stagnancy and sadness. Yet there was more to this image, for something was missing from the steep cliff sides of Half Dome that had been promised to Lawrence:

The series of ropes, chains, notches and ladders provided to allow for even the most inexperienced climber success.

Unbeknownst to Lawrence, in order to dissuade any attempts to climb the peak during dangerous weather, the park rangers had removed these assets, as they did during every year. This careful and preventative action sent Lawrence into a sadness he had not known, one of not remorse, but anger, fury, and frustration. As the rain began to fall, he was forced to consider his reality: he had come this whole way, across the planet itself on advice of the words most meaningful to him, only to be trapped beneath the same dreary clouds, the same chilling rains, with his same yet uninspired self. He stomped himself round and round, and shouted incoherently to the sun as it cowered behind the oncoming gray curtain. As the sky grew darker and the rain fell harder, Lawrence realized he would likely be unable to return to the head of the trail before nightfall, opting instead to camp there in hopes that the mourning would bring finer weather for him to attempt the summit alone.

Inside his tent, Lawrence scrolled his cell phone – without service, he could only enjoy the pleasant photos he had taken so far. He hated how small it all appeared in the photos, far preferring the depth that videos and the live stream could provide. Though he tried to find rest for himself, the anger of the events of the day could not escape his head, and he found himself downing his whiskey in an attempt to quiet old sentiments from sneaking on.

One night cap quickly turned to two, which turned to four and then six, until all that accompanied him in the tent was the pounding of rain outside and a single remaining shot of whiskey, which even the drunken Lawrence knew should be saved for the peak of Half Dome, if he could ever get there. As this thought crossed his mind, he checked the time to reveal that midnight had passed now, and he wallowed for a moment, inconsolably, in his self pity - there, drunk, alone, on his phone, in the dark, in the rain, he had just turned 40 years old. Another moment of expected catharsis that left him hollowed and altogether desolate.

He thought here for a moment about the life he'd lived thus far, and the desperation for depth he sought, and it was here that he recalled a passage of John Muir’s book, and through his tears, retrieved the well-loved book and read aloud to no one.

“And into the forest I go to lose my mind… and find my soul”.

He repeated it to himself several times slurred over, nodding along to himself with increasing emphasis, before wiping his eyes, packing the remaining whiskey into his climbing pack, and leaving behind the dryness of his tent to come face to face with that magnificent Half Dome cliff, running over with the rain so familiar to him, to embark on a first and final ascent.