Submitted into Contest #27 in response to: Write a short story that takes place in a quaint, idyllic, English village.... view prompt

She hobbled along, clinging to her stick, intent on seeing where she placed each step. To a casual observer, this grey-haired old lady was a harmless old biddy stopping to chat with anyone who crossed her path. A dog walker on the opposite side of the road called out, “Hello Miss Curtis, what are you doing out in this awful weather?”

“But I have to take Milo for his constitution come rain or sun, you don’t have any reason to brave this wind and rain you?”

By now the dog and his companion had crossed the road and were standing with the old lady at the entrance to the abandoned house at the edge of the village. The gate hung open, creaking on its hinges while Milo enjoyed himself sniffing around and lifting his leg at every opportunity.

“That’s where you’re wrong young lady, I do have my reasons for being out and about but they are not quite as obvious as yours though.”

Soon they parted, Miss Curtis moving in the towards the village shops while Milo and his mistress headed out to the fields and the woods. Even in the rain, the old sandstone buildings looked like carved honey. Roses or that vigorous Virginia creeper grew over many, softening their edges. Wisteria bedecked two. These were her favorites, their blooms framing the door and windows. She made her slow way along the windy street, nodding and waving to the inhabitants as they looked out of their windows, waiting for her to pass. Soon it would be all around the village everyone was well... Miss C smiled to herself and thought, “That worked out very well.”

Meanwhile, the young men watching from the corner of the old house went back to their labours. The taller of the two whispered, “That was a close shave, I thought the bloody dog would come down the path.”

The other scowled, “Stop talking and get on with the job we have to have this finished before Billy and the others get here.”

With sweat and rain poured off his face and dripping from his nose, he shovelled as if the devil was after him. “Gavin, you fool, wipe your nose, no one wants your snot scattered into this here hole.”

“Sorry Jack, it’s not snot, I’m sweating, I’m not used to this kind of work but I’m worried, we need to have it deep enough before they get here.”

Miss Curtis had made it to the outlying shops which lined the only street of Little Witherington. She stopped again, gazing around, oblivious to the weather. She made her way to the little teashop and pushed the door open. The tinkling of the bell alerted the owners of another arrival. They watched as the old lady made her way to her regular table, right at the back by the wall, opposite the window so she could observe the other customers and the comings and goings on the street. The delicious odour of baking wafted through the little shop. Scones and cinnamon buns were the main attraction of the day this time.

The slim waitress, tossing her long blonde ponytail, greeted her favourite customer, “Hello Miss Curtis, are you ready for a nice hot cuppa?”

The old lady rubbed her hands together, “Yes please, I’m frozen. I’d love a hot bun too, the aroma is delicious.”

She appeared focused on buttering her bun and clasping her hot cup of tea with both hands to warm them up when the door was flung open and two young policewomen entered, chatting to each other. To the casual observer it appeared the dark-haired one bumped the table where Miss Curtis was seated.

It would be difficult for anyone to notice the young policewomen raise her eyebrows directing her a questioning look, while the old lady gave an imperceptible nod of her head and whispered, “Three men, battered truck, more at the abandoned house at the end of the village.”

She was smiling as she spread the jam while the policewomen collected their takeaway coffees and returned to the police station.

Meanwhile, a battered old truck had drawn up on the pavement beside the abandoned house, apparently broken down. Bonnet open, a man was tinkering with the engine while the other two hauled a heavy box and staggered through the gate ready to dump it in the hole.

Billy looked at the earthworks then lowered the box, “Quick, come and help unload the truck.”

Soon there were four boxes nestled in the bottom of the hole. Billy barked an order, “ Jack, you and Gavin cover these up as quick as you can and smooth it all over.”

They were busy shovelling when they heard other vehicles tearing down the road and coming to a screeching stop outside the old house. There were two police cars and a van which skidded to a halt and disgorged several policemen. The world went mad, there were mud-splattered men running and police fanning out through the garden. Milo joined in the fun, apparently enjoying herding the runners. The mayhem was short-lived though, soon the police flung five scowling men into the back of the police van. While two officers ran to the end of the house, they tried the back door, it was locked. The big, burly one drew back and was about to launch himself at the door when the shorter one called, “Hey, wait there’s a patch here that’s just been dug over.”

Both bent down and pushed the soil back with ease. The big one said, “Looks like they’ve dumped something here. Call the Inspector and bring a spade back with you.”

While the five miscreants huddled in the back of the vehicle, the guardians of the law laid about with their shovels. It did not take long to uncover the boxes. Hauling one out of the hole, they levered a plank off and stood back in amazement. There, lying in neat rows were the missing gold bars from the heist at the airport the week before.

Miss C made her way down the street. Once again she met Milo and his mistress.

“Thank you so much for your information. Milo helped, we got the lot of them and recovered the missing gold bars. How did you know something was going on there?”

Miss Curtis smiled, “Oh that was easy, the locked gate hung open today and I could see two sets of wet footprints leading to the back of the house. That’s why I told you to alert your colleagues. Then while I sat in the tearoom, I saw two shifty-looking characters just outside the bookshop. They glanced up and down the street and then signalled for their accomplice, who drove the truck towards the old house. The rest you know.”

Patting the dog on its head, she headed off to her home, an almshouse nearby.

Milo’s mistress patted him as she whispered to herself, or was it the dog? “That old lady is our best source of information in this village, long may she live.”

First off, that was a fun and generally well told story! Secondly, I have very few notes. In the beginning, it might have helped me to learn from setting description that it was stormy, rather than to first hear it from dialogue. I have to just mentally re-imagine the setting after getting to that dialogue about the bad weather in the fifth sentence. In a couple places, it felt like an added comma or sentence break would have clarified what your characters were saying. Two examples: "''Stop talking and get on with the job[. or ,] we have t... 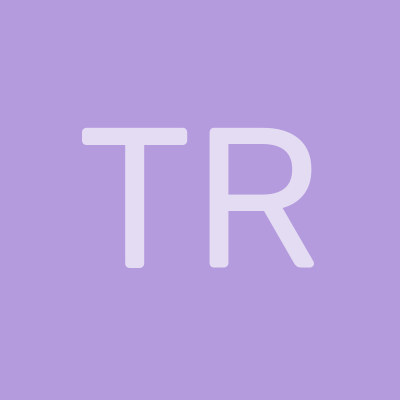 The story is great. However, I felt that more attention should be held on punctuation and sentence structure. For instance, in the third paragraph, second line, next to the last word, the word do was left out. The 4th paragraph, the first line, sentence is too long, revise it. The 5th paragraph, last line, the last word, though, should be omitted. Paragraph 10, first line, last word needs a period instead of a comma. Paragraph 10, second line, first word needs a capital W. I didn't know the meaning of the words, bonnet used in the sentenc...