Submitted into Contest #20 in response to: Write a story about a day in the life of a mother.... view prompt

For most people, this would be the sound of their alarm clock buzzing, announcing the start of another day.

For her, it is the sound of her preschooler, imitating a mechanical noise in lieu of telling her good morning. Heaving a sigh, she rolls herself over to look into his large grey eyes. "That time already, love?" she mumbles. He giggles and heaves himself up beside her, snuggling into her side. Brushing strands of dark blonde hair off his forehead, she bends to kiss him, this baby of hers. They stay there, entwined, for a few moments before the call of nature rouses her from bed.

As always, he lets out a howl of grief when the door closes behind her, separating them. He throws himself at her legs when the door opens again, his face a mess of tears.

She is his safe place, she reminds herself. Of course she is. She is all he has.

Together, they wander down to the kitchen, where he pulls open the pantry door, pointing excitedly at his cereal box. "Mah! Mah!" he exclaims, flapping his hands while he bounces up and down.

"Yes, your cereal," she responds as she grabs it out and readies his favorite blue bowl, blue spoon, and blue cup to go with it. While he chows down, she makes her coffee. Leaning against the counter, cup in hand, she watches as he pulls each piece of cereal out of the bowl, lines it up, and begins dropping the pieces back into the bowl one by one. It takes him about half an hour to accomplish this and eat, at which point she dresses him for preschool.

The fight to get his shoes on is exhausting, ending with both mother and child in tears. Drained and running late, she picks him up, sans shoes, and loads him into the car. Let the shoes wait until school, she decides. Perhaps his aide will have better luck than she does.

He claps his hands over his ears as she drives, his own concession to her love of music in the mornings over the years. He won't tolerate the headphones, and she can't tolerate the silence.

School drop off goes better than she'd thought. His aide took one look at his shoes in her hand and his bare feet and decided the best thing to do, naturally, was to put his shoes on the overstuffed teddy bear in the corner. He'd given an odd look, pulled them off the bear, and put them on his feet himself.

She felt a bit stupid for not thinking of that herself. They didn't have an overstuffed bear, but surely she could have got the cat to stay still long enough...

Waving goodbye to him, calling out her love, knowing he won't respond or even notice she's gone at this point (a bathroom is inexcusable, but leaving him for most of the day with strangers is perfectly fine, of course), she heads off to work. Once, she would have known she'd be called to pick him up before she even got to the end of the road; these days, thanks to his aide, she knows she will likely make it all day, or at least most of it.

She pulls into the parking lot of the day center she works in and greets her co-workers. They nod their heads, going about their mornings with little need for her help. She'd been in and out for so long taking care of him, they'd long ago learned to function without her. She often felt superfluous, but she needed the paycheck and her boss understood her position as almost no one else would.

Phone on vibrate in her pocket, she greeted her clients for the day, praying she didn't feel the tell-tale buzz of a school phone call. She jumped at each Facebook notification, text from her mother, and email alert as they day wore on, yet not one call about him came through. She spent her day doing art projects with her clients, praising one for his use of the glue sticks without attempting to eat it, and cleaning messes left behind.

The end of the day brought with it a flurry of activity as her clients loaded into their vans and buses to return to their group homes, while she raced for her own vehicle to pick up her son.

She arrived five minutes late, apologizing profusely as she raced into the office. No need to worry, the teacher assured her. They all knew her situation. Besides, he was fine!

And he was. He didn't look up from where he sat lining up blocks as she gathered his things. Tapping his shoulder got his attention at last, and they headed back home together.

A dinner of spaghetti ended with tears again, as he flung the plate to the floor and screamed until his face was as red as the sauce. Frustrated and angry, screaming at the universe in her mind, she cleaned up the floor and her son. Bath time, of course, meant bedtime in his little mind, though there was still another hour to go. She didn't fight him, tucked him in, shut off the light, and sat down on her couch. Cartoons continued to play as she sat, head in hands, tears streaming, praying to a god she wasn't sure was listening.

"Everything will be so much easier if he could just talk. Please, God, please, why won't he talk? I just want him to talk," she sobbed quietly. A daily fight, a daily feeling, shame and remorse washed over her as she wondered again where she had gone wrong, and again as she berated herself for not simply being grateful for the child she had. She loved him, adored him with everything she had, but God...what she wouldn't give to hear him talk.

Heaving a sigh, wiping the tears, and finally noting the cartoons still playing, she pushed the thoughts to the back of her mind.

Very moving..heartbreaking even. Out of curiosity, what is wrong with the child? Your really captured the dilemma a single, working mother faces when coupled with an ill child. Its nice that you dont completely realize that there is anything wrong until the very end.

I won't lie - this is a mishmash true story. I am a single, working mother. I actually have 3 children. The child in this story is a mishmash of my oldest and youngest children. My oldest has Asperger's and did not speak until he was 3 and continues to have communication delays at 9 years old. My youngest is severely autistic and nonverbal at age 4. Most of this was based on a day in the life of my youngest, but a few things were inspired by my oldest son at roughly the same age. So, to sum and answer your question, the child is a nonverbal ...

Im really glad you put it out there. If you like, there is a website called OCD87 recovery diaries, they pay pretty well (250USD) for essays about issues like yours (I think that they accept essays from the perspective of a parent...it could be worth your while to ask?)....they are a great platform. I mention it becuase I had a great experience writing for them about my experience with psychosis (this isnt a sponsored note). You can reach a lot of people with your story. Good luck regardless. I hope your life only gets better. 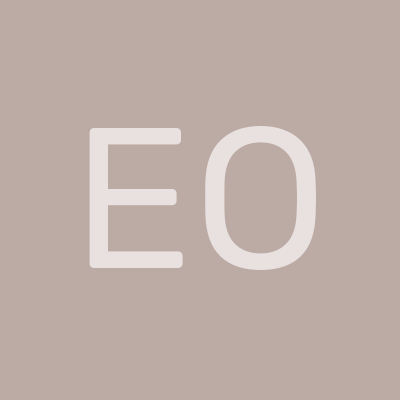 Has the potential to build into a bigger and deeper story.