Submitted into Contest #88 in response to: Write about a prince or princess who is asked to give up something valuable as part of a deal to escape the world they come from.... view prompt

Bryce lay against the trunk kept in that one corner of the hall when he saw the silhouette of a young lady at the double-glazed, equally old and tall door. She was indeed a perfect sight for sore eyes - the way the furled gown hugged her curves, the way her teary and worn-out eyes still found a way to look so pretty in what she called the 'golden hour' and the way the strands of her blonde hair were all strangled among themselves. "why did you do it?", a voice called out from beside him as he was admiring her features. He raised his hand and secured her hair behind her ears. She slapped his hand away, her tears suppressing into sobs. "Why did you kill them in the war outside? Why did you kill my parents?", she asked. "I didn’t", he replied.

She snorted a laugh.

"Look at you all covered up in their blood and then you have the audacity of lying to my face. I just came from the war grounds and I saw their dead bodies lying on the ground and the only person who had the courage to kill them was you. You always hated them. You killed them.”

"Touch the blood you see on me."

She took a deep breath and brought herself to touch him. The blood she claimed as 'her parents’' vanished as she touched it but when she touched the wound near his heart, blood wouldn’t stop flowing." She frowned with her lips forming an 'O'.

"Gwen, darling, I didn’t kill them. They're alive."

"Well, the wound on my heart is real."

"What about the blood that vanished? Why did it vanish?"

"Gwen, my love, you should have gotten used to my magic powers by now." He closed his eyes.

A cry broke out of her and she felt like she was choking. She realized that the blood that was vanishing was not actual blood. It was just an illusion as was the sight of her parents lying dead on the war ground. But the blood on his heart was real blood. He got hurt and she wasn’t there for him. "No! no! Open your eyes. Come back to me. Please."

She felt a hand squeezing her shoulder. Turning back, she found out it was her mother and at the door was her father standing all worn out. She couldn’t help but notice something red tucked in her mother’s black boots and the little red stains on her father’s armour. Instantly, she stood up.

“You killed him. You killed Bryce.”, she screamed at her parents.

“No, we didn’t.”, they both said in sync after taking a glance at each other.

“Oh yeah? Then why do you have a dagger tucked in your boot all covered in blood, mother? As for you father, I thought I could trust you.”, She let out a gasp. She didn’t take much time to notice the panic in their faces. “Why do you have red stains on your armour? And don’t you dare tell me it’s the stain of red wine. You don’t have red wine at this hour ever. It’s against your rules.”

“Gwen, darling, please, just listen to us.”, her mother said in a soft voice. “It had to be done. Everybody isn’t equal, Gwen. I cannot see my daughter roam around with that one thug of a boy. He’s poor, Gwen. Think about the reputation you would have, we would have, if you roamed around with that boy. We’ve always wanted what’s better for you.”

“Everybody is equal, mother. Then someone decides that they’re better.”, Gwen scowled and brushed away all the tears from her face.

Her mother, meanwhile, was filled with angst and her father stood numb still standing at the door.

“Where do you think you’re going?”, she said.

“The coronation’s tomorrow. You have to be here. Go back to your room.”

Gwen frowned. Her jaw dropped. She turned back. “There’s a body laying on the ground beside you. A body you killed. You knew I loved him and you still killed him and now you have the audacity to order me to go to my room for the coronation tomorrow.”

“Yes”, her mother muttered through her teeth in a low voice.

“Well, guess what mother? I will not attend the coronation tomorrow. I will not be the heiress, your heiress to the throne.”, Gwen said with utter boldness. “I have always wanted to be the Queen, mother – fight for my country, help the poor, develop more and more job opportunities for them. You know that, right? You knew how much helping people means to me? You knew how much I wanted this? You knew what all I’d do for my country? But I won’t now. Not after all the lies you’ve told me, not after all the people you’ve killed, not after all the pain you’ve caused to my people.”

“Fine. Then either give me the portrait Bryce drew of you, else, you need to attend the coronation.”, her mother said.

“Well, then, you need to attend the coronation, Gwen. Guards, take her back to her –“.

“No.” She handed her mother the most valuable thing she had – the portrait Bryce drew of her, the only thing she could remember Bryce by. She gave up everything she had till she had nothing so that she could leave the world she grew up in – the one full of lies, the one where she had to see people die, the one her parents had built for her.

Her parents still stood at the door of the hall trying to process everything that had just happened.

As her foot landed on the soil outside the palace she was born in, Gwen mumbled, “I will always be with you, Bryce. Till forever falls apart.”

For your first story, this wasn't bad at all! I really enjoyed reading it, all of it. You didn't lose me in the story at all! Good work

Loved your story Jia. Sorry for being late. Keep going!

awwhh alaiza thanku but the winner is already selected. but thank you :)

The plot twists were absolutely amazing! I also loved your word choice. I might have thrown in a bit more backstory detail here and there, but this was a great story!

thank you so much!! i'll surely add some backstory details the next time i make a story like this. thank you for your advice :))

I love this story,It shocked me with the twist of how her parents killed Bryce instead of him killing there parents.Total heart breaker but I like it,I loved this book so muck ayushi and honestly not many thing have touched me like this after my mom died.I have nothing of hers either and I know how Gwen feels."till forever falls apart" is my favirote so good luck with this contest and hope you do more pieces.

awww!! thank you. and may your mom's soul rest in peace. im quite sure she was an angel and i really hope you are taking care of yourself, love. everything's gonna be alright :)) take care😊

Great job! YOU made me mad at her parents, so you wrote this story very well.

Same, I literally thought she was going to kill them.

lmaoo no. killing them would be too generous of a punishment after what they did.

Yeah, good job, I really liked the ending of your story

thank you so much

Awesome story! I really enjoyed how the plot twists. Looking forward to your other stories. Be sure to read my story too and tell me how I can make it better - Princess Yuri and the Other World.

i surely will once i have the oppurtunity to ;)

Welcome to Dr Wobe lottery spells. i am here to testify about the great Dr Wobe for saving my life from herpes virus.i have been through hell all this years but i thank God for not letting my trust down, and also i want the entire universe to know that there is a cure to any kind of diseases in the word and never to loose hope because i have great testimony today in my life,  Dr Wobe is described by many titles some including. Traditional healer, spell caster, astrologer, Psychic reader, spiritual healer, in Africa, he cast powerful spells. ...

Amazing Jia.... I have seen you the way u r growing and exploring urself through ur writting is mind blowing. Loads of love to u. Iam sure iam going to see you writting more and more and share ur stories with us. Looking forward for the next one..

Excellent piece of writing.. ! Keep it up!

Well written! Keep it up!!! Look forward to your next one

Really a good read..I loved it ..keep it up dear 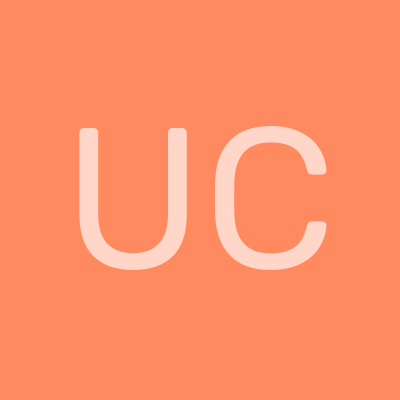 A poignant story with a message of how love transcends social norms. An excellent read. Look forward to more from the author.

Excellent .. keep it up