Submitted into Contest #36 in response to: In the form of diary/ journal entries, write about someone who's up late at night because they're having trouble sleeping.... view prompt

I am once again up past midnight. It's sometime around three, and the darkness seems to press in around me. I have spent most of my nights awake recently, and it's getting rather taxing. I can't fall asleep anymore, and I swear I see shapes moving in the darkness. I have been drifting off at work lately, and I'm sure sooner or later someone will notice. My energy has begun to wane as of late, and my head has a dull ache. Marlene recommended I try drinking tea before bed. I'm heading out to buy some today. I'll let you know how it works out.

The tea isn't doing all that I hoped it would, but I still drink it. Charles caught me sleeping at work today. He didn't say anything, but I'm sure he will soon. I've started to have terrible headaches and they really are quite troublesome. Marlene and I met for coffee, but I left halfway through our meeting because of how poorly I felt. I must reschedule soon, I truly hate to have to leave Marlene like that. I should likely visit a doctor soon, but I'm afraid I really don't have that type of money, seeing as rent for my apartment is coming up soon. I pray it is simply a virus and it will run its course before it can get me fired.

It's getting worse. I've started to have dreams. They don't make sense, and I never remember them once I wake, but I can't ever go back to sleep afterward. Small noises have begun to frighten me, and I swear sometimes I can hear whispers where there weren't any before. My once clean apartment has gotten rather dirty, but I simply cannot find the energy to clean it. My limbs seem to drag behind me, and my eyelids never stop drooping these days. Charles told me yesterday if I can't keep continuing to work as I used to, he would have to let me go. My tea has run out.

I haven't slept in two days. Marlene has stopped by. She was appalled by the state of both myself and the apartment. I told her not to worry, and sent her away. I threw away the tea she brought me. I don't need it anymore. I've been fired, which is good! Now I have more time to talk to him. Oh, I forgot I haven't told you about him yet. I call him my dream man. He comes to me during the night and he stays in the shadows. I'm afraid I can't describe him because he never reveals himself to me. I bet he is absolutely beautiful. He has a voice like liquid honey. He tells me all sorts of wonderful things. I rather like him. I tell him everything. Oh, and the whispers have gotten louder.

My dream man and I have been getting along splendidly. The rent is due soon, but he told me not to worry about it, that he would take care of it. I haven't eaten in a while, but I don't even feel hungry. I found it quite odd at first, but he told me to stop thinking about it. Isn't my dream man amazing? However, sometimes after he leaves me when the sun rises, I find myself sick and unable to move. I've found myself lying still for hours at a time. Sometimes I forget to breathe, and I'll end up gasping for breath. I've been vomiting quite a bit of blood, but when I told him about it, he said not to worry. He told me he would take care of me. He said he would take of everything. I believe him.

I'm afraid I won't be able to write for some time. My dream man has sent me on a mission and I'm ever so excited. I want him to be proud of me. He said if I did this for him he would let me be with him forever. He said I could be just like him. My joints ache a lot now in days, and my headaches never seem to leave me. But he told me he would take care of it. He has helped me a lot, and I am so grateful for him. How did I ever live without him? He makes my life worth living, not that I'll need to for much longer. In regards to the mission, I was afraid for a bit that I would be caught, but he said to trust him. I do trust him, I trust him with my life. He told me he would keep me safe, and I believe him. Wish me luck. It's not every day you get to murder someone.

I itch all over. My hair has almost completely fallen out. My eyes are sunken in hollows and my movements are twitchy. My joints never stop aching, and my skin looks dirty and pale. I can't remember the last time I washed. And I am glad. For now, I look just like him. For yes, after I completed his mission, he revealed himself to me. And oh, I was right. He is stunning. He doesn't have any eyes, only empty sockets, but that's alright. His bones seem more prominent and sharp than a humans should be, but I love him all the same. I was frightened at first, and I can't remember why for some reason. But he said something and all my worries floated away. Isn't he kind? This will be my last entry to you, sweet diary. You have served me well. I start my new life tonight. A new life with him. I have no sadness for leaving behind my life. He is my life now. And if anyone were to ever happen upon my diary and read this, all I have to say is

I really enjoyed your story. 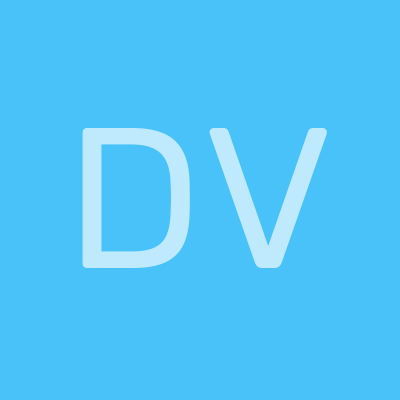 Love your writing. Love the story. You kept me wanting to read more. Good job.

The story is chilling! The main character seems schizophrenic, and the description is on point! Wonderful writing! Do read my story as well and give your feedback(it is a horror story as well).

Interestingly horrific. The development needed another week, possibly (in the story) to flesh out a few of the more interesting ideas of how the diarist was influenced and the motivation or the identification of the murdered victim, what made the diarist look forward to the opportunity, etc. Yet the ingenuity is great without them.

thank you, and yes, I can see what you mean

Okay... Beautifully creepy is what I have to say! I especially liked the combination of prompts(that didn't go unnoticed;)

thank you so much, I appreciate this!

This is such a great story! I absolutely love it! You write very well, I liked how you described things, I was able to visualize what was happening. Great work!!

Awesome! Did this character die? I was a little confused if this murder was to herself? This story is very creative and well thought.

No, it was to another random human. I intended it to be a "right of passage" of sorts. And thank you!

ok yeah, that's actually what i thought, but I wasn't sure.

"He is stunning. He doesn't have any eyes, only empty sockets, but that's alright." I love the progression from him having a headache to the tiredness and then someone thin and pale as death, literally.

A really good plot, felt sympathy for the character even up to the last point. Well done!

I love this! It's deliciously chilling. Good job!