Submitted into Contest #6 in response to: Write a story about two people in a long-distance relationship, driving to a location mid-way between both their cities.... view prompt 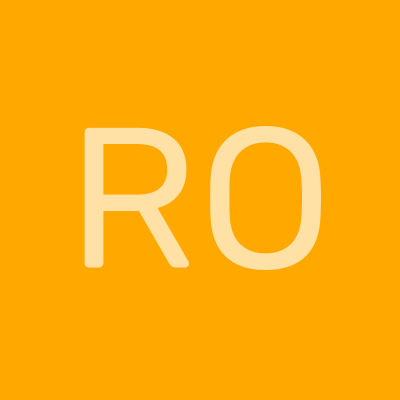 Reedsy Submission: On The Road

Michaela Jeffreys was meeting Henry Marshall tonight for one last celebratory dinner. Michaela accepted a position apprenticing under her mother, Claire at her Wedding Dress shop, “Bridal Bliss” while Henry accepted a summer internship with his Uncle James' furniture business, “Made for You”.

Their last night together, Henry and Michaela had agreed to meet at Bekka's Books and Brew for one last time before the summer.

Henry was due to call her any minute. She hurriedly put away her makeup and iron.

“This will have to do!” Michaela sighed, glancing at the mirror. Without fail, the phone rang and Michaela happily bounded towards it.

“I'm here at the gazebo. Where are you?” Henry responded.

“I'm on my way. I lost track of time getting ready.” Michaela explained.

“No worries. I'll order us a cup of coffee.” Henry responded.

“Oh, and a slice of pie to share, please? I'll be there soon.” Michaela inquired.

“I think that can be arranged. What flavor?” He asked, knowing her answer.

“Pie flavor.” They said in unison.

Michaela walked to the coffee shop. In minutes, she could see Henry sitting at their table under the gazebo, he was as handsome as ever.

Henry caught sight of her and stood up to greet her. Within moments, Michaela stood in front of Henry. Flinging her arms around his neck, Michaela jumped into Henry's waiting arms. They stood their for several seconds, embracing each other. They were finally together again. They called every week as promised and now that they were together, they couldn't wait to share their news.

“We need to talk!” They said collectively.

“Oh! What about?” They responded.

“My Uncle James has me working this whole summer to see if I am up to work there full time when the Fall hits.” Henry enthused, grasping her hands in his.

“That's wonderful!” Michaela responded. “I'm happy for you.” She paused.

“My mom asked me to help her with twelve weddings this summer. She wants to see if I like it enough to continue on with her after college.” Michaela replied.

Henry and Michaela continued their conversation, stealing a kiss or two in between the dancing and the pie. Several hours passed and they knew they had to say good bye. At length, they embraced with the promise of seeing each other in a month for the 4th of July.

Michaela and Henry had agreed that they would call every Friday to stay connected. Between the wedding flowers and the furniture glue, the two young lovers managed to share their worlds and make missing each other all the sweeter.

They chose a city halfway between their hometown of Clearwater, Idaho and Fountain Springs, Washington. Tonight, Michaela would meet Henry in Happy Valley, Oregon on the 4th of July as planned. It had been just under a month since they celebrated high school graduation. In their last phone call, they both talked about how Henry was making so many armoirs that his uncle could see him working full time in Fountain Springs. Michaela had been so busy with the wedding flowers for four events in June alone, that her mother could see her run the business some day.

June 14th was coming to an end and all Michaela could think about was her upcoming trip to Happy Valley, Oregon.

Henry finally had a chance to call Michaela. In his excitement of his news, he didn't think about the upcoming 4th of July visit to Happy Valley.

“Hey, Mic!” Henry greeted. “The furniture I've been making has flown off the shelves. As soon as I finish an armoir, it sells and I have to start making a new order.”

“Hello, Henry! It's great to hear from you as always.” Michaela paused. “That's wonderful about the work you've been doing. I've been knee deep in wedding flowers all month. Mom plans to use me in ten more weddings this summer.” Michaela beamed.

“Congratulations, Mic! Uncle James' impressed with my work and how quickly I've learned the business. If I keep this up, he says that I'll be hired at the end of the summer and get to move to work with him full time.” Henry responded, not thinking about the impact of his words and the plan that they had made in May.

“Is something wrong?” Henry inquired.

“Out with it, Mic!” Henry encouraged.

“Well, we talked about going to college together and finding jobs that suit us.” Michaela paused. “It sounds like we are both being pulled in different directions. I'm helping my mom and you're helping your uncle. If you continue this summer in Fountain Springs and I continue here at home in Clearwater, where does that leave us in September?”

“I honestly don't know, Mic.” Henry fidgeted with the phone chord. “I hadn't really thought about it. We've both been so busy. Maybe we just wait and see what happens. I got to go. I'll call you again next week. Good bye.” As Henry disconnected, he could feel the pressure of 'what if' plague his mind.

Michaela was crushed. She was sure that he would win over his uncle and move away and never see her again. The next week dragged on. Finally, Friday came and it was her turn to call Henry.

“Hey Henry! How was your week? I have had a wedding every weekend since you left. My mom says that I have a knack for floral arrangements. She wants me to continue after the summer is over.”

“It's better now that I get to hear your voice. Mic, I'm sorry for how we left things last call.” Henry swallowed the lump in his throat. “Let's meet on the 4th in Happy Valley, Oregon as we had planned. I didn't even mention it and I sounded like I didn't care.”

“Oh, I didn't know how to bring it up. You didn't mention it, so I thought you had changed your mind.” Michaela's heart lifted at the prospect of seeing him as they had planned.“Yes, let's do it. I'll be there.”

“Excellent. I'll make all the arrangements. You just need to show up, love.” Henry instructed.

“It's a date.” Michaela replied.

The two talked for a few more minutes then went about their week.

4th of July had finally arrived and Michaela could hardly wait to see what Henry had planned.

It was half passed six, when Michaela arrived in Happy Valley. The hotel they had chosen to meet at was quaint. They both checked in and went to their rooms to freshen up. Michaela headed down to the park where they planned to meet.

Once she came to the entrance of the park, there was a path of roses leading to a gazebo, where she saw Henry standing in front of it, holding a bouquet of roses and chrysanthemums. She swiftly walked up to Henry who lifted her into his arms. He spun her around and they shared a long awaited kiss.

“Michaela, I've missed you so very much.” Henry embraced her tighter.

Henry let go, only to pull the chair out for Michaela to sit down. He had a picnic dinner of fried chicken and mashed potatoes and mac and cheese, her favorite on the bistro table. They sat and talked about their summer so far. Henry was getting to know the inner workings of his uncle's shop and Michaela was learning so much about weddings from her mom. They both knew that this was not what they had planned for the rest of their lives, but then they didn't know if they were included in each others lives after summer either.

They finished their meal and Henry asked Michaela to take a walk with him. They started up the path and where the trees touched the bridge, Henry stopped and turned to Michaela.

“Michaela, I need to ask you something.” Henry paused as he saw the uncertainty creep into her eyes.

“What is it, Henry?” The fear in her voice was palpable. Michaela swallowed the lump in her throat.

Henry knelt down on one knee, and pulled out a small red velvet box. Michaela's eyes filled with tears. She had hoped, but did not expect a proposal tonight.

“Michaela Anne Jeffreys, will you make the happiest man in the world and be my wife?” Henry smiled brightly.

Henry swept her off of her feet and spun her around, ending the twirl with a kiss to outshine all the others.

After several minutes, holding each other, Michaela finally spoke up.

“What are we going to do for the rest of the summer?”

“I'll go back to Washington and you'll continue helping your mom in Clearwater. We'll tell our families and friends the news, then when summer ends, we'll make a plan for our future, together.” Henry replied, assured that their plan would succeed.

The two young lovers called each of their parents, and placing them on speaker shared the wonderful news. Both parents couldn't be happier. The love birds said good bye to their families then walked back to the gazebo

They walked back to their hotel, arm in arm. At her door, Henry held Michaela tightly, but gently.

With one final embrace, the young lovers shared one last kiss to promise that this summer would be the best summer of their lives.

1,691 Word count including title and by Rebekah Oberson