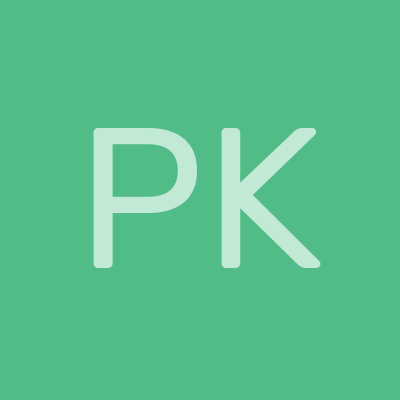 She knows the bodies will be gone by now, but even after twenty years on the job, she can still feel uneasy working a room. It’s only five a.m., but already the sweat is beading her forehead and trickling down her sides as she moves slowly across the baking asphalt towards the open door. She’s glad of her designer shades as the dazzling glare is hurled back at her from the white aluminium siding of the motel, pale lemon of doors and wall panels a blinding assault in the unforgiving light.

The door to No. 8 is wide open, a black-and-white room tag hanging from the key in the lock, an arc of sunlit, faded blue linoleum just inside the door the only spot of light. Little glass-topped tables and tubular steel chairs perch on the walkway outside each of the rooms, the litter of empties on No. 8’s table matched by its neighbour in No. 9 – Jim Beam and Jack Daniels cans, an obligatory one or two concertina-crushed. The labels on the beer empties are all facing away, back towards the motel wall, as though the beer had been lousy and the drinkers were ashamed of their choice. But No. 7 was apparently of more sober habits, with only the remains of a meal hidden beneath a silver warmer on its table. She’d deal with all that later; Madsen wouldn’t like it, but then, Madsen didn’t like much of anything. “Screw him.”

Aurea Gale pulls on a pair of thin latex gloves and slipping off her Ray-Bans, steps into the gloom of No. 8. This was the part that still unnerved her, an over-active proximity sense telling her that someone is still here, on the edge of vision, and if you move your head quickly enough you just might catch them flitting through the room. But she was used to this and had learned how to deal with it– stand absolutely still for sixty seconds and just breathe. So she does; she stands there just over the threshold and inhales the musty odour of the stained carpet, the sour stench of sweat and semen from the ruined bed and, as more often than not, miasmic tendrils of the desperately mundane that seem to permeate everything.A minute gone, she gives a sighing exhalation and begins an inventory of the room, her head swivelling slowly, like a sniper’s rifle quartering a field of fire as it seeks out targets. Mounted halfway up the wall to her right, a TV set hisses blue indignation at the vacated double bed opposite. Maybe it had shown one of the in-house porno movies, the actors leading the room’s occupants through a pneumatic pas-de-deux – the bed has clearly seen some action – top sheet and cover a rumpled mess on the floor, the bottom sheet hanging on by one corner, a pillow midway down the mattress, a mounting point for deeper penetration perhaps. The other pillow is nowhere to be seen.

The far side of the bed, a wooden nightstand with an Olympic ring pattern of dried stains on its scratched surface – one empty glass and one a third full of a brownish liquid, several cigarette butts floating motionless on the surface, swollen like miniature tampons. There is a regulation forbidding smoking in the rooms but this is ‘more honoured in the breach than the observance’. She had read that phrase somewhere, liked it, and was still trying to find a way of dropping it into an actual conversation. Fat chance, she thinks, with the mouth-breathing knuckle-draggers I’ve been mixing with lately.

A picture of events is beginning to gel, and to complete it, Aurea takes a considered step into the tiny bathroom. The toilet seat is up, revealing two more nicotine floaters, flakes of tobacco fanning out from ruptured seams, soaking up unflushed toxic spill. Wet towels on a puddled floor beside the unshielded shower stall and overall, rising above the odour of warm mould and urine, the stench of lives in decay.

The forensic examination of No. 8 is just about done when the radio on her belt squawks into life.

“Well get a move on, will ya? I got another check-in for half-an-hour an’ I want things lookin’ ship-shape in there. An’ Gale? Don’t forget to change the soaps like you did last time, and while you’re at it, freshen up the toilet rolls and put those pointy tails on the end. Makes it look classy, ya know?”