You didn't look for me. You didn't start a search or call the police. You never came for me. I thought you would, I trusted you.

When the door shut behind my back and the phone chimed, I expected you to be the one messaging me. It wasn't you, though. Why did I think you'd care? You just wanted to solve your own problems while I was stuck down there trying to figure my way out of this cellar.

You knew that a girl like me walking into your life was the best thing that could have happened to you. But you chose to ignore it. Why am I surprised, after knowing you for so long?

The cellar was so cold and humid I thought I would freeze to death. Imagine becoming a piece of meat in the winter in an underground cellar belonging to god knows who. The scariest part was when a light flashed in my eyes, interrupting the darkness mid-concert, and a girl with my eyes, nose, lips, basically MY face, showed up holding a tray of food! I thought this was it, that I had officially gone crazy. Cooky me. This girl - other ME, clone, evil twin sister, a robot copy? - had whipped up the most disgusting food on Earth. I basically starved that night in the cellar. But my mind had so much food for thought. First, why was she serving such low-quality food to her prisoner? And secondly, why did she look exactly like me? I thought at first that you might be responsible. Perhaps you obsessed too much over my looks and created a Frankenstein version of yours truly. I'm flattered, but a little freaked out as well. You were always a bit weird, all your life, but never THIS crazy. I mean, a clone? What, did you harvest one of my cells? Then I returned to the evil twin sister theory. That seemed more plausible. She had chosen to take my place and kept me in the cellar so you wouldn't realise that I had disappeared. Oh my god, she was replacing me! That was why you didn't call the police. There never was a missing girlfriend from your point of view. She was there, just acting weirdly and cooking really bad food. Yes, I'm still hung up on that tray of disgusting stuff she chucked into my hands when I was her prisoner.

You didn't check for the scar on my thigh or the birthmark on my neck when you slept with her. She probably told you she washed them off with laser or put concealer over them or something. You believed her, didn't you? I don't know how I can trust you or even speak to you after that. It's like you don't know me at all. That scar you loved so much, you didn't even realize it was gone.

She looked just like me. Well, I say "looked" in past tense because her blood is on my hands right now and we both know what this means. Yes, I had to claw my way out of that cellar. There could be only one. Having someone identical to you in voice, face and body is beyond terrifying and the fear that a stranger might steal your life is insanely strong. The days I spent in the cellar I counted how many drops of water fell from the ceiling before my evil twin appeared with a plate of stale bread. I ran my hands across the walls in the darkness, checking for cracks. Hours and minutes merged, so that I forgot I'd ever had a notion of time. Finally, when I decided I'd had enough, I crushed her trachea with my teeth like a rabid dog and dumped her in the cellar, just as she had dumped me.

You think I'm the impostor, now don't you? But ser, there is my birthmark. The tattoo behind my ear. The scar. It's all there. Our memories together are all in my head. I remember how and when we met. Coincidentally, it was the same day I found out I'd been adopted. I was crying. So were you, because of some lab experiment for your PhD had gone wrong. A miniature explosion or the wrong catalyst being used, something of the kind. You sounded smart.

I have my suspicions now. Was that girl my twin, an experiment of yours, like a female Frankenstein's thing, an utter coincidental resemblance that allowed that con artist to take advantage of me and lock me up in a cellar, or a perfect example of plastic surgery done on a criminal gone right? I like the last option - perhaps a notorious villain had to blend in with society, and to do so she had to take my place as a cute girl in a small town with a boyfriend to take her arm and walk her to the park. She must have thought I was perfectly replaceable, like an old dog kicked out to let a new puppy in. No matter who it was or what her intent was, she's dead now, and my skin will forever be stained red with her death. It's an intensely bright colour, viciously painting my fingers of that colour I used to admire so much and now despise more than life trapped in a cellar. She made me a murderer. I want to believe thay I had no choice. What would you have done? Nothing, I bet you would have just rotted and died like the honourable prisoner you want me to think you'd be. Sure. I know you better than you think. You would have yelped and wept anf pleaded for a single drop of sunlight on your face.

Which you wouldn't have gotten since kidnappers don't really care about your daily vitamin D requirements or melatonin levels. Your circadian rhythm is of little importance to a scheming doppelganger. She just tied me up, then cut the ropes tying my hands while leaving the chains on my feet tightly bound and locked in place by a lock. So much for a long lost sister, that theory was flushed down the toilet the second she ditched me in the underground cellar.

You know what? There's something sketchy behind all this. You're probably a suspicious individual as well. No one can be trusted. Not now, not ever. I am so sure she was a criminal mastermind occupying my place to pass unseen in full view of everyone. Kudos to her plastic surgeon, they did a wonderful job. She might have been escaping the death sentence, to take such a drastic move. I mean, sure I'm gorgeous but copying my looks? Now that's just desperate.

How come my kidnapper looked just like me? Coincidence? I think not, but I don't think I'll ever find out either. She's long gone. Probably getting shipped over to the fiery puts of hell as we speak. Partying with the other demons, only to find out that life was only a cleverly fabricated illusion and that these experiences on earth were just vivid hallucinations. But why did she resemble me SO much? I mean, we were practical copied and pasted. Photocopied. Printed on the same page. Only she locked me up and, well, I decapitated her and spilled her blood on my white clothes. Way to go. The red spots will never leave these sleeves nor disappear from my skirt. I have been marked as a killer. 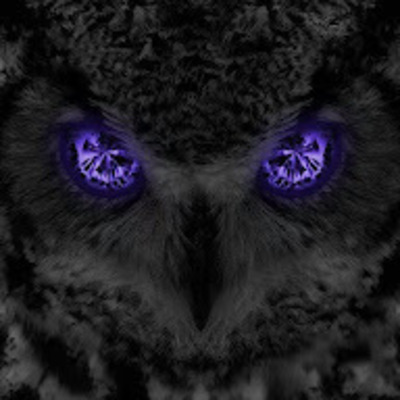 I really liked this story! I love the concept for it - it's such an enticing mystery from the first paragraph. You really had me hooked. If I could give my feedback, and know that I enjoy this story all the through, I would recommend cutting as many adverbs as you can. More showing, less telling us what's happening. 'It's an intensely bright colour, ' Cut the adverb(Intensely) and it could be written like: 'It's a colour bright enough to blind,' Another example: 'I basically starved that night in the cellar' Cut 'basically', and look for... 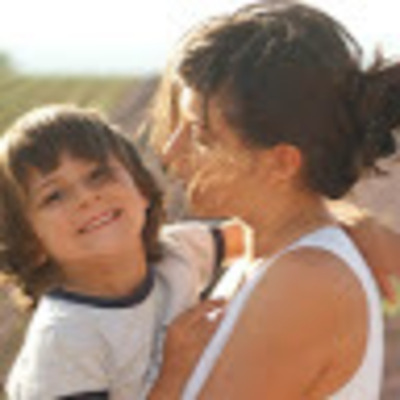 Thank you so much!! Your feedback is precious! :)