Submitted into Contest #71 in response to: Write about someone trying to recreate a grandparent’s signature baked good from memory.... view prompt

The picture fell from the wall as her daughter slammed the door of the house, rushing towards her school bus. Sighing ruefully, she walked to the frame. Skipping over the glass shards, she picked up the broken portrait. She walked to the sofa and sat down, scanning the faces on the photo. The loving face of her mother, her eyes twinkling, looking up at her with a huge smile. Her father leaning on a chair, smiling at the laughing girl sitting on her grandma’s lap, who was seated on the chair.

She exhaled deeply. It was her grandma, Mumsy’s birthday today. She longed to have her still, but the gone did not come back. Mumsy had left her family several years back, when she was 18. She wanted to have those days again, where she could spend every minute with her loving grandma.

Anne was now 27, married, and had a daughter, Zoe, who was just about nine.

Mumsy was a well-known lady around her town. She was famous for her simple, yet amazing baked goods. They were loved around the town. Mumsy also threw a Christmas dinner party, which included a lot of baking. Her desserts and cookies were the best part of Christmas, better than the presents. Anne always helped her in baking, she was like her personal young assistant. Mum always said that Mumsy had passed her talent down to Anne, not to her own daughter. She had said that, pouting. But Mum was a great writer, she was a renowned children’s story writer. Her stories were rather enjoyable because they were mostly in rhymes, something Mumsy had passed down. Anne might have got a little bit of that talent too.

Yearning to see Mumsy, Anne walked up the stairs to her room. Her husband wasn’t home for a couple of days. He was going to come back tomorrow morning from his two days business trip. She stepped inside her room, walking to her cupboard. She took out a wooden box, with the carved word, “Mumsy” on it. This was something her mother had sent her a few days back, when her parents were giving their house a full thorough clean up. That precious box contained a collection of photo frames and video tapes. She had gone through most of them. They contained the joyful and happy moments she had spent with Mumsy. All the Christmas dinners, the laughter and excitement showed off in the taped memories. The photos were mainly of her growing up, alongside Mumsy. She flipped through them, looking at her young face getting a mature look and glow as she aged. Mumsy’s face, getting deeply lined with wrinkles, though the shine on her face, the shine that showed the euphoric life she lived, never left her.

Until one day, on a sudden notice, Mumsy had a stroke, which led to her immediate death. She had left them, just like that. Anne still remembered the dimmed face of Mumsy, the life drained out of her. It pained her to think about those moments. She held Mumsy’s pictures close to her chest, as she recalled that awful day. The whole town was in a shocked silence, unable to accept what happened.

The memories she cherished were very close to her heart. Those tapes held her life and happiness in them. It was a relief to see Mumsy’s laughing face again. She couldn’t thank her mom enough.

Anne hadn’t baked much after Mumsy left. But a sudden desire to bake, to follow her grandma, had arisen in her as she had watched the videos of Mumsy and herself baking. She dug into the box and held up a tape labeled ‘special’. Mom had told her to keep it for the last. She longed to see what was inside. Clutching the tape, she went downstairs. Walking swiftly, she reached the t.v. She placed the tape carefully in the VCR, and pushed the start button.

Almost immediately, the beautiful voice of Mumsy’s chuckling rang out. The scene was placed in her mother’s kitchen. Anne looked 9, and she was running around the kitchen, trying to save herself from Mumsy’s tickles. Mumsy caught her from her waist and flung her in the air. Then both of them started clapping together as though it was decided. The kitchen slap was set up with baking ingredients, bowls and utensils. Mumsy set Anne on the slap and continued clapping. As she poured a bowl of melted butter into the container, her sweet voice rang out,

Melt it, cool it,

Mix it with sugar.

Put it all together.

Mingle it, jingle it,

Including salt and pumpkin,

Jumble it, crumble it,

Little Anne found herself singing along with Mumsy. Everything was kept ready, and alongside singing, Mumsy kept adding the ingredients in the big bowl. Then Mumsy let the mixture settle in the refrigerator. She had put the oven on preheating, and now she was making the cream with young Anne. A few moments later Mumsy removed the mixture from the freezer and started singing again, as little Anne struggled to keep up with her.

“Freeze it, knead it,

Pressing it all together,

Shape it, bake it,

In the heated oven.”

Mumsy had kneaded the dough well, and now she and Anne were making shapes of the dough. Anne was having an amazing form of entertainment, as she played with the dough.

Atlast, the shapes were made and Mumsy placed the tray in the oven.

With a ping, the oven timer sounded, and Anne started jumping around. The chuckling of her parents could be heard from the background. Mumsy placed the tray on the kitchen slap and fanned it.

At once, Anne’s voice rang out,

“Munch it, crunch it,

Mumsy chortled at her, and nodded her head. Soon the family was chomping away on the delicious cookies. The flavour exploded in their mouths, the sweet with the edge of spice. The soft texture melted in their taste buds, making them coo and moan with pleasure. The delight could clearly be seen on their faces. Anne jumped up and hugged Mumsy, shouting in her baby voice, “ THESE ARE THE BEST COOKIES EVER!!!!!!” Mumsy giggled fondly and swung Anne in the air. Her sweet laughter filled the air.

At that moment, Anne’s mother’s voice rang out, “ And this is the awesome recipe of my beautiful mother’s best Sweet Pumpkin Cookies!!”

And then the screen went blank.

Anne wiped her face, surprised to find it wet. This was indeed special, very special. These cookies were the best thing to exist on this planet. And her Mumsy, the best baker. She remembered this. She remembered the exciting days, the days when they baked. She loved working with Mumsy, making treats. She loved making pumpkin cookies. When she had been a little older, Mumsy had let her do the more difficult tasks. And now her mind and heart craved for those delights again, to just bite into those delicacies. And this was the moment she decided to make those heavenly cookies.

Zoe returned back home; her mood was off. It had been a horrible day. She had been insulted in front of everyone. All she wanted to do right now was to dig her head in her pillow and scream. But she didn't get the chance. Her mother was waiting for her on the door, which was surprising. This didn't happen often. She was mostly on her writing desk that time.

Anne had everything ready, she was just waiting for Zoe. She could see that Zoe was in a mood, but she had the best cure. Leading her to the kitchen, she told her she had the finest recipe to make Zoe the happiest person alive. And that… was true.

Hi Aafia! Just read your story and I'm here to give some constructive criticism. First things first, I really love all the imagery you were able to fit into this. Mumsy's face in the pictures stuck out in particular to me, as did the recorded cooking scene. That said, I do feel like it took a while to get to those interesting parts. The early parts of the story moved much slower and spent more time on exposition. It's not bad by any means, but it could use some revision. Maybe remove some of the details that aren't relevant to the story. Yo...

Hi Maximillian! Thank you soo much!!! It really is helpful.... yes I felt it was slow too I would focus on it... sure will i Loved that cooking scene too it sure is helpful.... hoping to write better future stories. Thanku for giving my story ur precious time Thanks once again!!🤩🤩😄😄 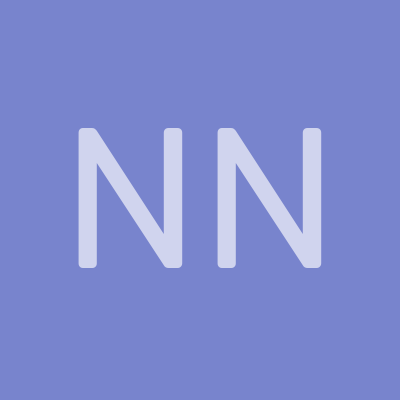 Really? thanks ever so much!😀😀

Heya! AWESOME MAN! Your description is VIVID. The taste was in my mouth when I was reading yr story. And yes they were really yummy😄 I am waiting to see more of your stories. I really loved it. -imli

You are always welcome 💜

Awww! Such a cute n sweet story, expressing the Love between a grandma n a grand daughter!👍 Absolutely loved it Aafia, keep on treating us with these a-mazing stories!❤️ P.s. I so wanted to eat those cookies u mentioned! 🍪🍪🍪

Hellooo, Thank u!! This really means much to me right now :)

A.W.E.S.O.M.E!!!! when are you treating me with those cookies. :) that was really awesome piece from you. keep it up!!

Hi Wirda. Thanks☺️ After I have tried them myself.... Tho technically, U treat me!😁😉 Thank you dear...🤩