The Woman of my Dreams

Again and again. Again and again I dreamt of her. Each time, one more detail added, one more tile came into focus. Like how your screen gets clearer as the network gets stronger. Most of it was still blurred, but the face, the face kept crystallizing and condensing quicker and quicker, as each dream played out.

I was 14 when I saw her for the first time. All I could discern were a few pearl-like teeth and a scarlet dot at the forehead, a bindi, presumably. I wouldn’t have guessed it was a women had that not struck me. I rarely remember what I’ve dreamt while asleep, once I wake up, but this dream stuck somewhere in my memory. Which is why, when I saw the pearly teeth and red bindi, yet again, my memory chose to store it yet again. I was 17 this time. But my dream was the same. Curls, black and bouncy, had seemed to brush against my cheeks. Black pools on a white palette. Her eyes seemed to drown me, even from above. I seemed to be staring at her from below. But I woke up before I could make any further sense. I wanted to talk about it but I knew it would seem strange. Imagine telling your parents about a woman you see in your dreams. If they didn’t dismiss it as a 17 year old’s puberty break, they’d dismiss it as a “much ado about nothing” situation. Or so I thought. I should’ve asked them, then and there.

The next time was special. I heard her voice. It was the night of my 12th graduation. My parents had thrown an enormous grad part for me at home. All of us 18 year olds, resplendent in our black capes and hats, ready to own the world. I was set to go to Ireland for my university. I’d got my own apartment already and Dad said he’d let me rent a car. My parents declared me an adult and handed over the apartment for the night. It felt good to be rich. We drank our minds out. I kissed my then-girlfriend for the first time I think. I can’t remember much of that night now, but I remember Her. She was singing in a language I felt I knew but knew I didn’t. A strong voice. A loud voice. Words that were unknown yet so familiar. What were they saying. Each word soothing in its melody. The rise and fall of her voice just like the rise and fall of a sleeping baby’s chest. I wanted to look at her more and more. I wanted to remember everything clearly this time. I had to. An inexplicable fear tightened around my heart as I slept. What if this was the last time I saw her. What if this was the last dream. But my eyes kept shutting, my mind kept fogging. I fell asleep in that dream. Was it a lullaby? I felt she was singing to me.

I didn’t see her again for a while. She had suddenly become a part of my reality rather than my fantasy. Every night I’d wonder if I’d see her this time. Then I began wishing I’d see her. Then I began praying. But it was all no use. For the longest time she eluded me. Then suddenly, just as unexpectedly as she had arrived and disappeared, she reappeared. This time she didn’t leave so quickly or so inconclusively.

It was again a special night. Ironic too. I’d just got married that day. I dreamt of her on my marriage night. I’ll never be telling my wife that. Or so I thought. I should’ve told her, then and there.

I felt her touch for the first time. Her rough, callused hands on my arms. I would’ve, should’ve felt the cold touch of a ring on one of those fingers but my mind was blank. It was frozen still by the clarity of the face. A beautiful, breathtakingly beautiful face. The teeth were set inside a pair of scarlet lips, matching the enormous crimson dot of paint on a broad forehead. The curls, mere rivulets, of a far larger cascade of black tresses. They cupped a fair and broad face. The cheeks were slightly red, like they were tanned by sunlight. The eyes, darker than those pools in my fading memory, the white more striking now. The nose, pugged and small, so perfect. Everything was perfect. Everything about her. I felt warm. Was she embracing me. Again, I was under her, staring up at that face. I had seen her, heard her, felt her. I wanted to smell her. I wanted that familiarity. I knew I’d know her smell. Please god, I pleaded, let me smell her again. But my subconscious mind whispered to me, telling me this was only a dream. That I couldn’t smell or taste here.

I saw her most nights after that. The same dream repeating. I had memorised every little detail by now. From the thin gold chain around a tall neck to the white blouse peeking out from behind a red streaked sari, I knew it all. I could’ve drawn her perfectly. But she was my secret. I knew that I loved her. I couldn’t have described how or how much, but I knew I loved her. My mind and heart would move to deep slumber only on the nights she visited me. My body knew no greater satisfaction and tranquillity than which her embrace provided. The nights I saw her, I really slept.

A month ago my wife and I were blessed with a baby girl. She squirmed and cried all night long and I fell into a love I never suspected I was capable of. She was perfect in every way. A tuff of jet black hair, the fairest of faces, scarlet lips, eyes the colour of ebony. We named her Maithreyi but I called her Snow-White. She looked just like me, just like her. That thought occurred so silently, so unobtrusively, it would’ve passed unnoticed had my memory not already been alert. I stood there, in the middle of the floor, gazing at my baby looking up at her mother as she lay on her lap. My wife was smiling. A few strands of hair waved wildly around her face. Her arms cradled the baby as it swung close to the comfort of its mother’s chest. A small smile tweaked its lips as the familiar smell and taste flooded inside it.

“Where are you going” my wife shouted after me.

“I need to see my parents”

I knocked and banged on the door till they came running. It was midnight. They must’ve got worried. I didn’t care.

In front of my eyes I saw it fall to pieces.

“Why… What… What is this nonsense in the middle of the night Gaurav.

Why do you want to know such a thing.

What sort of a question is this.

Everything is fine no.

Everything is happening correctly.

Look at where you are Gaurav.

Look at your house.

Look at your business.

Look at your life.

And there it lay, crumbled and broken.

I vowed to find her. I have bits of information now. From my parents, from my orphanage. I’m looking. I’ll find her. I’ll find the woman of my dreams.

I liked the story. I appreciate the lack of profanity. Cuss words are used so much they just about have no impact on me. Good description. Good sticking to the point of the story. Couple of things. "had thrown" could be "threw". In 6th paragraph was "her" his wife, or "her" the dream woman? Keep writing. 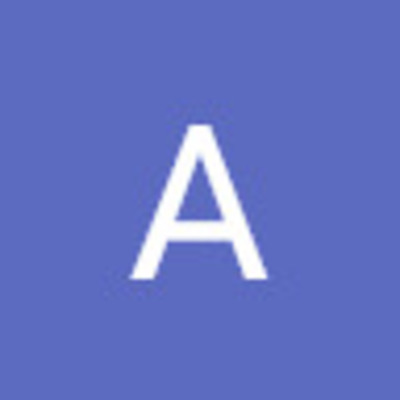 Thank you so much for this comment Bonnie. It made my day! Your feedback is great. I'll keep that in mind, maybe edit it later. her is 'the dream woman' or his mother. I just realised that part is rather confusing.