Submitted into Contest #81 in response to: Write about a first date that surprises both people, but in different ways.... view prompt

Artemis had a twisted smile on her face, all the while Lauren cleaning her wounds after killing one of the night-slayers that followed them.

The human sighed. “Don’t do that. It’s fucking creepy.”

“Stop smiling,” Lauren laughed. “You have blood all over your teeth,” she cleaned the rest of the blood off the mutant’s face, quelling the urge to shove the ragged cloth over Artemis’s mouth; whether it were the blood-thirsty grin or what she felt from it, she couldn’t say.

She silently snorted. Tom would never let her hear the end of this one. She found herself murmuring, "I can't believe this, I really can't."

"What?" Her eyes glittered. "Can't I just celebrate our victory?"

Lauren shoved at her. "You said it yourself–you killed things that had more brains than that. This was nothing by your standards."

"It's nice you think highly enough of me as to have standards then."

Oh, if only you knew... "Doesn't say much about me then, does it?" In a trance the human stroked her cheek, nails lightly scraping off the residue of blood in the process. Face to face, they locked eyes. Lauren swallowed, pushing forward.

Her lips parted, heart fluttering when the embrace was reciprocated with just as much intensity.

It was not the ideal place to submerge into their passions or tensions. The human herself was still somewhat astonished at what came over her–if it were truly lust, infatuation, or fear? Lauren let out a grunt into the dark cave, legs locking onto Artemis’s; her strength collapsed into the mutant who inhabited her space closely, soon fallen to the death of tenebrous nightfall.

Lauren could no longer hesitate with her emotions. She had been frozen into the distinction of time and above all, tragedies—first with losing her parents, protecting her brother, Tom, as they were forced into memory loops and injections, then looking out for themselves on the island. She had to put other people out there to die, to disfigure themselves at the mercy of ash and topaz river-beds but she would do it again for him.

Artemis, however, made this thinking process very difficult.

Lauren chuckled ruefully as she pulled away. “We both fucking reek of death. We just killed that thing back there, and now this?”

“This is how we show respect when a mutant dies. We consummate on their grave."

“Very unlikely!” The human snorted, every atom within her burning and pulsating. She found something to forge on lightly—mentally, at the very least—the excuse made her cloud herself away from the present they were in. Perhaps that was the best skill of hunting, the best skill of surviving—going with the flow of things regardless of circumstance. It only drowned out the grotesque just as much as it twisted them in it, into each other metaphorically as the moon glowed onto their skins. This new-found understanding of their darkness surprised them, surpassing physical intimacy.

Heartbeat trained in the darkness, Artemis’s claws sprung out on Lauren’s shirt, inching along her skin to barely make a mark.

Lauren eased out her hand, anticipating—“You better not fucking tear this off of me. I packed light on clothes.”

Artemis scoffed, her breath warm as the rain appeared again lightly on their trail. She struggled to keep up. “That’s your fault.”

“Yeah, yeah,” the human snorted but didn’t pull away from the contact. “God forbid I pack what I need for my brother and me to survive, then have a quick thrill and fuck all else in my life…”

The mutant pulled back, a brow lowered, and by her nature, eyes smoked in yellow elixir. As much as she wanted, it had to wait. For her.

“It’s just… Look, everything goes to shit. I’ve used people—I told you that and oddly when your humanity was taken from you I guess so was your common sense being as you’re still here.”

A cunning smile draped across Artemis's lips. “Ah, I see. Survival, especially in the wilderness, is never going to be innocent. It’s not only that bothering you or is it?”

“You don't even know. Many things bother me…”

“Sure, but that doesn’t mean you shouldn’t act on it–on what troubles you.”

“I’m probably the most impulsive person I know,” she looked away, remembering the osmosis of the tides, the bushy forestry, and the cabin in the yellow-amber fields. For her own sanity, she had to cover the previous owner’s pictures with black tape; she couldn’t bring herself to throw them out after his death, yet she didn’t want to be reminded of it either.

Though she had to wonder. “What should I act on? My impulses or my fears?”

“Fears are your best bet.”

“I’m afraid of… of losing my brother, him not remembering me or our life together. I’m losing him all over again.”

"Why would he not remember you? You said he broke out of the loop with you."

“He’s got amnesia, for fuck’s sake!” She winced. “Sorry, I’m just… I’m trying—you obviously, well, you didn’t know. He washed ashore on the island after trying to escape with his girlfriend,” an eye-roll at that, “with the resources I gathered to help us… leaving me behind to die. Just swell and peachy.”

Silence enclosed them like a python’s prey frozen in the midst of its pretty neck. The silent night screeched as Artemis lied back against the stone-walls. “Wow. Some brother you have there then. Why go back for him?” The rest of the sentence went implied.

“I’m not like him.” Lauren said. She shook her head, almost as if convincing herself of that. “We were close. All we had was each other. I had to look out for him and I thought he would do the same. Right now, I can’t reconcile the brother I knew or the brother he is now. Would he leave me behind again?

“You don’t have to answer that,” Lauren sighed, moving steadily towards Artemis. “Sorry for unloading, this shit’s been weighing on my chest.”

The mutant gave a half-effort of a shrug, stretching her back out. She stifled a yawn. Lauren sat down, laying her head on the cat-like mutant’s ankle. “Is this weird?”

She squinted in confusion. “I don’t think you’ll make my foot go numb.”

“No, you silly bear, I mean—all this. We were just about to have sex after being on the run for five hours straight? We haven't known each other for long either. How screwed up is that?”

“Oh. Well, you know how to show a girl a good time then,” she bumped their shoulders, laughing at the frivolity along with the impassive look that passed on the mutant’s face. She hid her face behind her hand, for once, nerves tingling like the ravines across the sands, “I think I like you too…”

“While threatening me with your jury-rigged spear?”

“I–I didn't want to hurt you, but I didn't know what to think either."

Artemis frowned, considering this. “Remind me, we also have to work on your stances, you will get mauled in no time."

Lauren hummed, nursing the broken fabric off her shirt before letting it fall into a small puddle. “Sorry for ruining,” she waved in the air, “this… first date, I guess?”

Artemis tapped her claws against the cave, discerning a light sound that echoed between them. These women were moon-struck fools in the abyss, but wearing a dumb grin, the mutant could not care at this point. It had been years since she could find solace in another, let alone, a human being. Something she had not been in a long time, it could help her understand and maybe re-integrate with what is known on the island, something she never considered. Away from her territory.

"You didn't ruin anything. We got to know each other better."

She shouldn’t get her hopes up, as even she knew they would never be able to escape. That would be her first mistake in letting her guard down. Though she also hid in their parallels—killing others for survival and mind-games to play on predators that would soon become prey.

An inseparable part of Artemis, the part that went off of animalistic instinct, craved for contact, intimacy, especially physical, though she found herself satiated with the small brushes and cuddles. Artemis gazed up at Lauren, recalling something from earlier.

For the first in many years, they slept with warmth. The dark shadows of the moon lit like a soft lantern. 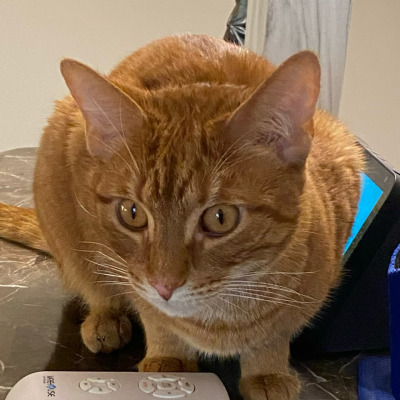 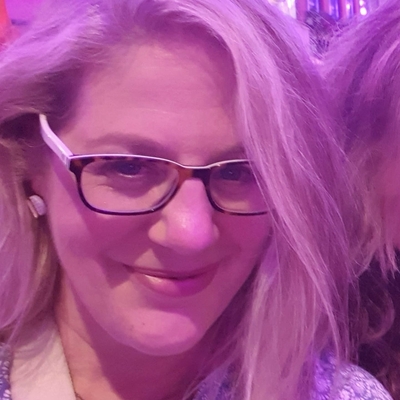 This was fun, well done! Just an idea...you could start with the dialogue. “Don’t do that. It’s fucking creepy," Lauren said as she wiped the blood from Artemis's wounds. "Do what," Artemis asked with a twisted smile. “Smile like that,” Lauren laughed. “You have blood all over your teeth,” she said, as she cleaned the gore off the mutant’s face, quelling the urge to shove the ragged cloth over Artemis’s mouth; whether it were the blood-thirsty grin or what she felt from it, she couldn’t say. Thanks for sharing, I look forward to mor...

Thank you so very much, Heather, both for the kindness and feedback. I struggle with world-building so sometimes I think I give too much away. Definitely agree about the opening; probably would have been a tad more mysterious had I left that out and just jump right to the dialogue. :) Some part of me wanted to set the scene but maybe it gave a little too much away, hahaha. I will keep this in mind! Thank you again.

You have all the elements, so it's just a matter of playing with them a bit, and, as you say, adding a bit of mystery for the reader to unwind. But it's always a fine balance--you don't want to confuse them so much that they are missing key points of plot or character.

Thank you so very much. There definitely is a balance to it. 😃

Undeniably one of the best I've read since and that's probably because you have this beautiful way with words. You created characters that made it easy to want to keep reading about and to understand them better. It's not an easy thing to do but it was effortless for you. Good job

Oh my, Abigail, this is quite the compliment! I am still at a loss of what to say. Thank you so very, very much. That truly means a lot to me and I am glad you could enjoy the story.

A different story very well written.I like your descriptions and the play of words Keep writing ....

Thank you very much, Asha! 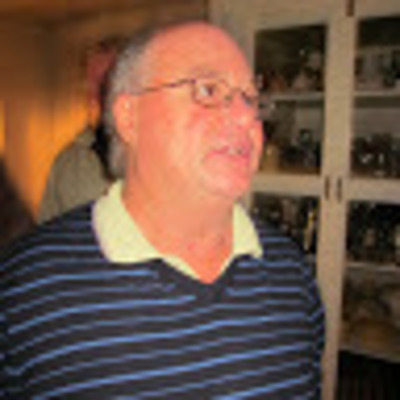 A lovely meeting of oddly different personalities who somehow, despites the clashes, cutely warm to each other in their own strange ways...

Thank you so very much, Ivor. I was hoping to communicate that odd dynamic between the two and I'm glad you could pick up on that. Thank you again for the lovely feedback!