Submitted into Contest #53 in response to: Write a story that begins with someone's popsicle melting.... view prompt

“Alright“, I can't believe you really have banana popsicles. Violet was grinning from ear to ear because she hadn't had one since she was probably a small child. The food truck attendant handed her a popsicle not looking amused at her excitement. She pulled off the wrapper and started licking and savoring every bite. Violet knew since the temperature was quickly approaching ninety she only had a small window to do so.

Every afternoon Violet walked to the park for lunch. She watched the birds and listened to them singing in the trees. Today wasn't any different except for the delicious banana popsicle that was quickly melting down her arm. She picked up her stride as she was crossing the street because she wanted to enjoy it sitting on her favorite park bench.

What does that hawk have in its mouth, Violet thought, it looks like a worm. She quickly realized that she wouldn't be able to see a worm from the height the hawk was up in the sky. Then she realized “OH“, he has a snake. Violet watched as the hawk climbed higher and higher until he let loose of the snake as it swiftly fell to the ground. With his forward-facing eyes and binocular vision he swooped down instantaneously to retrieve his prey. The snake didn't stand a chance falling at least thirty meters.

As Violet continued to look up into the sky she couldn't help notice what a beautiful blue it was today. There were some clouds and she enjoyed looking at the amazing pictures. She saw an elephant leading around her calf by her tail, a rabbit with its big ears running across the sky, she also saw people an old man walking with a cane and a baby in a crib. The pictures continued to change and with every shift of the wind a new sight appeared. The clouds made her think of her grandmother and when she was a child.

Violet could still hear her grandmother’s voice showing her all of the different animals in the sky. The two of them would sit outside for hours and look up sometimes until the stars came out. Violet thought of her grandmother often. She remembered how she taught her to grow a wonderful garden and to can vegetables and cook delicious treats with all of the fruit. Violet's grandfather was also an inspiration to her for he was such an imaginative storyteller. He could take any topic that she would come up with, even if it was about jellybeans and turn it into the most amazing stories. The two on her mother’s side were a large part of her young life and she enjoyed every summer she got to spend with them on their farm.

Violet looked to the side where her popsicle continued to melt as an army of ants carried off the sweet banana drippings. The ants lined up one by one taking a little and heading right back to where they came from. Their organization was amazing, if people could only work that well together, she thought, there would be no more wars, or murders, or thieves. Everyone would share and no one would ever be homeless or hungry again.

As the wind began to blow, Violet enjoyed the breeze, the leaves on the trees swayed back and forth but held onto the branches. It was summer and the leaves were full of chlorophyll which helped photosynthesis provide them with energy needed for their growth and beauty. The days were long and the trees and the flowers danced in the sunlight. Autumn would come soon enough with shorter days and the plants would then start their hibernation.

Violet turned in every direction and found nothing but beauty. The flowers in full bloom with their sweet smelling aroma were attracting the pollinators. The nectar and the pollen were their sweet rewards for making fertilization possible between the stamen and ovary of the flower. The bees, the butterflies, beetles, wasp, moths even flies contributed to the circle of life. Every creature had a purpose and in the animal kingdom they rendered it well.

Violet enjoyed picking the flowers, it was one of her favorite pastimes also when she was a child. Her mother would keep every jar to put the arrangements when she came running in and gave them to her. Between catching fireflies and vases of flowers she had to save every pickle, jelly or jam jar. The dandelions were her favorite because she could make the prettiest jewelry. A dandelion necklace, a dandelion bracelet, and a dandelion ring just to name a few. Although most people saw a weed, Violet thought the dandelions were beautiful. Once the flower was spent she would blow the lions head to the wind not understanding why her father would get so upset.

Violet could hear people talking, ruining her majestic landscape. Why can't they just be quiet, she wondered, she was trying to enjoy her day. The voices kept getting louder as the people couldn't be silent. Her popsicle must have totally melted because it felt very warm and the stickiness ran down her arm. She didn't think she even got to eat half of it before it melted. The voices kept getting louder and were accompanied by a loud blaring noise. Why can't they just be quiet, she thought.

The park was usually so quiet, not many people. Violet felt surrounded by the noise, it was making it so hard to hear the birds singing. The male birds were trying their best to attract mates and warn the other male birds to stay away from their territory. Why won't these people try to keep it down. She couldn't even hear the squirrels chirp or bark at each other. Violet could still see them running around the tree. Now you see me, now you don't kind of game. They could play right now before the trees produced their nuts. After that they would be busy collecting them to help survive through the winter while losing a few strays. Violet loved when she would find in her yard a mysteriously planted oak tree and think you forgot about this one didn't you squirrel.

Finally the voices died down and the blaring also. She continued to hear them but they seemed a little more distant now. Violets head started feeling a little achy then went into a foggy haze and then her vision began to cloud like she was in a tunnel. She tried really hard to focus but was still happy as she remembered what a pleasant day it had been. The weather was warm, the flowers were in bloom, the animals were at play, and she was enjoying an endless array of Mother Nature.

"We're losing her, get the defibrillator, her pulse is weak". screamed the ambulance driver.

Violet continued to smile not realizing that the stickiness was her own blood running down her arm not the popsicle.

The lady that drove the car was being treated also by the paramedics for a panic attack after realizing the lady she just ran down with her car was in shock as well as going into cardiac arrest. She kept taking the oxygen off and telling them she came out of nowhere and walked right in front of the car. 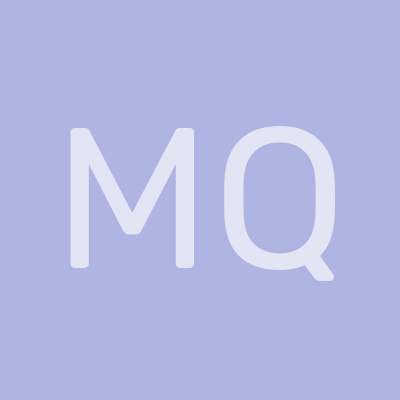 Thank you, I appreciate you taking the time to read😁

A very descriptive read of everything around us from people to a variety of nature’s beauty. Again, this story has a totally unanticipated outcome but yet ties it all together. Cheryl your writing skills continue to amaze me!

Thank you I really liked your insight into what I was trying to portray.