Tangled up in red

Emma ran around in the field of dandelions, her blue frock flowing along with the wind, and her light brown hair that were tied up with a scrunchie that was threatening to fall off, were swinging too and fro, and the little strands of hair that managed to evade their prison that is a ponytail, were falling into her grey eyes, resembling that of a salmon belly. Her laugh, as melodious as honey, that could make the nightingale sound off key, gently waltzed across the field as it reached my ears, making me smile. I was only 14, Emma being a year younger, and neither of us had anything; no family, no money, just each other. We'd been best friends ever since we were 6, when a fire inside a market had killed both our parents, leaving us with nothing but a broken heart; but it was then Emma in her pink frock with lilies sewn into them, holding a single long-stemmed rose had found her way into my life, and I'm ever so glad she did. Ever since then, we took whatever we could off the streets, and slept in a field that was filled with dandelions which had a little barn in it because Emma hated the streets. It wasn't that tough to be honest, sure, there were many insects, and we had to look high and low for food and water; but we managed, we had each other.

“Look at what I found! A ten dollar note!” Emma’s elated voice brought me back from my trance, as I jogged over towards her. She was smiling hard enough for her dimples to pop, which was very rare, because as much as a ball of sunshine she was, her dimples were barely present, making their appearance a rare occasion.

“Maybe I can get a get a few roses from this! Or- ooh I know” her eyes suddenly had her mischievous twinkle in them again, and before I could say anything, she was hopping along the little field, going to get whatever is it that she wanted. I chuckled lightly as I sat down, waiting for her to come back. I plucked a dandelion from the field as I reminisced on our experiences together, from the time a dog wouldn’t stop chasing her across the field; making her yell and ruin the English language by uttering phrases like “THIS DOGHHH, I- HGDCG ITS- HELPPPPPPPPPP” “BHEBHEWJBDE SAVE MEHHHHH” “SHOO DOGGY- AAAHHH ITS FAST" to her sleeping in my arms as I sang a song. She was just…….perfect, and not only her beauty; it was her entire personality; the way she pouted with her lower lip sticking out as she thought over something, the way her mole right above her eyebrow got all scrunched up when she frowned, the way that little chipped tooth became visible when she smiled hard; it was all perfect. Em didn't know this, but she was so much more to me than just a best friend, she was my world, and I never wanted to lose her.

I lay down for a while, just soaking in the calm atmosphere, and I think I went to sleep, I don't know for how long, because the next thing I knew, Emma was waking me up, excitement clearly visible on her face.

"Wake up you porcupine looking shrimp! Look at what I got!!" I rubbed my eyes as I got up, my neck sore from sleeping in the wrong position. I yawned, but quickly shut my mouth as I noticed her glare; that girl could be scary if she wanted to. She smiled a big smile again as she showed me a paper bag; wait, why didn't she get long stemmed roses? She loves them-

She snapped her fingers in front of me, bringing me out of my day dream, as she hurriedly asked me to open the bag.

"Come on, hurry up Matthew!" She whined

I narrowed my eyes at her, and she quickly held up her hands, as if saying "don't worry, there isn't a bomb in there, I'm not trying to kill you"

Assured with the guaranty that I wasn't going to die, I opened the bag, and took out the softest blue button up t-shirt I had seen.

'So, did you like it?" She asked, affection clearly visible in her eyes, but that soon turned to worry as she noticed the tears in my eyes; it was the best present I had ever gotten.

"Hey, come on, don't cry" She whispered as she wiped my tears and hugged me, but before she could pull away, I pulled her in for a tighter hug, not letting her escape.

"There there" She gently patted my back.

I pulled away and asked her why she got me the shirt and not long stemmed roses for herself, and she smiled and muttered something about me being an idiot. I hugged her again and went in the barn to change, and the fabric felt like heaven on my body, so soft, so much better than my red worn out flannel. I came out of the barn, and Em gasped as she came to take a closer look

"Oh my dear sweet child, you look absolutely stunning" She gushed, and wiped her fake tears. I went along with it as I complimented her absolutely amazing motherhood skills. She laughed as she went on an on about what a wonderful child she raised. I shook my head slightly as I went to throw the flannel away, but she snatched it from me before I could do so.

"Now, what do you think you're doing mister?" She asked, hands on her hips

"I- er, just throwing it away?" I answered cautiously, not knowing where it was going. She mutter something, sounding disappointed, and told me that the red flannel was her favourite thing in the world, and I was not allowed to throw it away.

I smiled at how adorable she was being, and lightly pinched her nose. She gasped and started running after me and caught up soon, tackling me down. We wrestled for some time, but by the end of it, we were in hysterics. Our laughter calmed down after some time, as we lay in the field, looking at the stars, and soon after I heard light snores, and I looked over to see Em sleeping, her face buried in my chest. I smiled a content smile, and hoped things would stay the same forever.

It had been 15 years since that day, and I was standing across the street, a bouquet of long stemmed red roses in my hand waiting for the traffic for clear so I could go and pick Emma up. She had started working with NGO's, while I was a graphic designer. Almost everything had changed, and no one who looked at us could have guessed what all we faced, and the only remaining connection to our past was the red flannel that Em still had. She had got it sewn, and no matter what I told her, she didn't let me throw it away, I guess she really loved it.

The signal turned Green, and I was going to walk down the road when I saw Emma walking down the street. She was wearing a tight black dress that covered half of her thighs, black combat boots, and my red flannel was in her hand; boy did she look gorgeous. I cleared my throat and waited for her to cross the street, when suddenly-

I ran towards her, but I was too late; the car had hit her. I saw her body fall lifelessly to the ground, the flannel falling out of her hand, blood oozing out.

I dropped to the ground that was already stained with blood, and tried to find her pulse, hoping that she would survive this, but there was none; and just like that, in a blink of an eye, she was gone. The roses I was holding fell next to her lifeless body, just as a gust of wind made the flannel fly over to her and cover her upper half. A tear fell from my eye, as I absorbed the fact that my best friend, my girlfriend, my one constant in my life was gone. I got up from my knees, tears staining my face as I looked at her one last time before the ambulance came. She looked beautiful, even in death, lying on the floor, tangled up in red, and for once, red wasn't my favorite color. 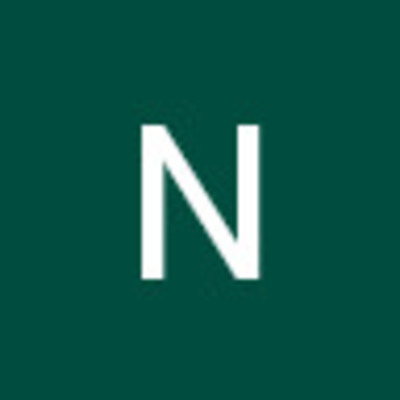 That was really sad - I definitely didn't see that ending coming. I think you wrote beautifully and crafted a really wonderful relationship between the two characters. 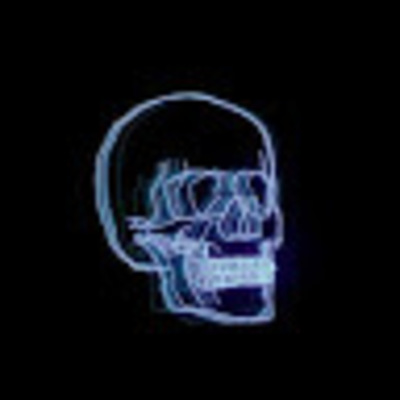