Wedding of Her Dreams

All The World’s A Stage

Emma woke up suddenly and sat straight up in her bed. Her heart was beating fast, but she wasn’t sweating or panting like she did when she had a nightmare. Her nervous system was in a tizzy, but not from a panic attack. More like, butterflies in her stomach. What had she just been dreaming about? That’s the most frustrating part of dreams, she felt. When you wake up from an impactful vision in your sleep but then have no recollection of what it was once your eyes are open. It clearly wasn’t a scary dream or she’d be reacting differently. But it was obviously something serious or she wouldn’t have woken up like this at…..Emma reached for her phone to check the time. 3:02 am. Wonderful. What are the chances she’ll be able to fall back asleep, she wondered.

She lay back down, head plopping on her pillow, trying to recall her dream. Ok, let’s try to remember where the dream took place, Emma tried to inspire her memories. There was a big building, a very beautiful building that looked like it had been around for several decades but had aged quite nicely. There were….flowers around the building. Flowers and bushes and a few trees, as well as a couple of statues. All well-kept and standing gracefully. She remembered vividly a statue of a little girl with wings, like an angel. Hmmm….maybe it was an important building, like something for the government? No, that didn’t sound right. Being inside a government building would probably have her in a panic attack. What else? A library? A museum? A church?

That was it! It’s a church! Ok, pieces are starting to fit together. Now what about people?

Emma closed her eyes trying to picture the faces of people who were present. There were a lot of people, she remembered. So many that her memories were lost in the crowd. She vaguely could make out some people she thought she knew. Some college friends she hadn’t seen for many years. Everyone was dressed nicely and the church was decorated in navy blue and eggshell white colors. She saw a few people in the distance who were dressed in similar clothing. A small group of men wearing suits and an equal number of girls wearing the same colored dress. Oh! It’s a wedding!

Ok, so Emma was at someone’s wedding. But whose? She tried to remember the faces in the crowd but her faded memories of the dream were fading even more. Ok, what was she doing there? If she could remember who she was at the wedding with, maybe that would help narrow down the possibilities.

She remembered she held a large bouquet of flowers and was anxiously pacing the floor outside the sanctuary. She was nervous, but not scared-nervous. More like excited-nervous. As her memories began to build, suddenly the doors of the sanctuary opened and Emma found herself walking down the aisle towards the front, with everyone in the building standing and looking at her.

It was her wedding. She was the one getting married.

Dream Emma kept walking to the front of the church in time with the organ music marching her along. Everyone was looking at her, with smiles lighting up the tears of joy in their eyes. As she scanned the crowd, she saw her Aunt Claire and Uncle Philip. In the front row was her mother, wearing a beautiful deep purple dress and wiping the tears from her eyes. Looking forward to the stage, she saw her bridesmaids, including her childhood best friend Margaret and her older sister Ashley. The next thing she knew she was standing directly in front of the minister as he asked her, “Do you take this man to be your lawfully-wedded husband?”

Emma turned to look at her groom. Her dearly beloved was considerably taller than she was, she realized as she found herself staring at his upper arm instead of his face. Her eyes began to slowly climb his looming stature. He was fairly lean, but not too skinny. She caught the glint of light shining off of his smile at the word “husband”. As her eyes made their way up to his ear, she knew she was about to see the face of her future husband. Her heart began racing and her chest was heavy with excited bliss. The butterflies filled her stomach again as he began to turn his face towards her. This was it!

And that’s when Emma had woken up from the dream.

“What?!” she exclaimed as she sat straight up in bed again. “Are you kidding me?! I finally got married and I don’t even get to know who I was getting married to? This is ridiculous!” And with that, she knew she would not be falling back asleep anytime soon. She threw off the covers, slipped her feet into her slippers, and got up to make some coffee.

Fast forward three months and Emma had eventually been able to fall back asleep, but she had not forgotten her dream wedding and unknown groom. Even though she knew it was only a dream and held no realistic weight in her waking life, the mystery of it all still plagued her on a daily basis. At twenty-five years of age, she honestly hadn’t spent a ton of time thinking about getting married. She had only been in two serious relationships in college and since graduating, other things in life had taken priority over being in a relationship. Being married had never been on the top of her list of things to accomplish, but ever since that dream, Emma had not been able to stop thinking about that wedding, the venue, and the mystery man of her dreams. There were a few times where she had walked past a church and did a double take, thinking maybe it was the one from her dream. But there was never a young angel statue in the yard to confirm it was the same place. And everytime she found herself standing near a tall, skinny man, she would casually look up towards his ear to see if he looked familiar. But so far, no man had measured up to the measurements of her dream man.

This is ridiculous, Emma thought to herself after trying to grab a glance at the ear of the third tall, skinny man she had seen that day walking home. “I can’t keep doing this. It was just a silly dream,” she muttered to herself. She resolved to give up this obsessive behavior and let her memories retreat back into fantasy.

And so the memories of the dream did. They retreated so far as to almost be completely wiped from Emma’s memory so that five months later, she never thought of her dream wedding. That was, until the late afternoon of August 15th, as Emma walked back home from work. Her normal route was disrupted by a broken water pipe underground and several heavy and loud machines attempting to fix it. She found herself wandering down the connecting streets that would eventually wind around to get her back to her apartment. But as she roamed the unfamiliar avenues, she found herself in front of a church she had never passed before. She scanned the luscious greenery outside the building, with the beautifully-kept bushes and lovely assortment of flowers keeping company with a few older statues. Suddenly, Emma’s eyes fell on one of the smaller statues in disbelief. It was a little girl with wings, the exact replica of the one from her dream. She had completely forgotten what it had looked like until she saw this one standing in the garden of the church. Her eyes rose to the building and the memories that had been erased came flooding back. This was it. This was the church from her dream. She was sure of it.

Without thinking, she found herself walking up the steps to the front doors and pushed them open. Entering the church felt and looked the same as when she had entered it in her dream. Everything seemed exactly the same aside from the sanctuary not being decorated with her wedding colors and the crowd was not present. In fact, no one was present. The sanctuary was empty and serene. Emma walked slowly down the front of the altar, astonished that the church was real. What do I do now? she wondered to herself. She felt frozen in time and space. She was alone in her dream come true. Or so she thought.

“Can I help you?” a voice from behind asked.

Emma was surprised by the voice but hesitant to turn around as she was fixated on the church. “Sorry, I just...walked in. I guess I just felt...drawn in by something. Something from a dream. I know that probably sounds crazy.”

The voice chuckled slightly. “I’ve heard my share of seemingly crazy things. Even study things that people might call crazy. You’re perfectly welcome to stay here as long as you need. I’m here if you need anything.”

Emma walked toward one of the stain-glass windows and ran her fingers down the cut glass. “This church is so beautiful. I dreamed of one just like this. Everything looks and feels so familiar. But I’ve never been here before. At least not in real life.”

“Well, maybe I can turn on a few more of these lights so you can see a little better.” The voice walked towards Emma and an arm reached up the light fixture just past her head. The light turned on and Emma turned toward the voice. Her eyes slowly rose up the tall, skinny frame to the smile and the ear. Her dream groom finally turned towards her to show his face.

“I’m Mike, by the way. I’m the associate pastor here at the church.” Her mystery man finally had a voice, a face, and a name.

“Uh, hi, Mike. I’m Emma,” she managed to choke out, trying to keep her mouth from gaping open. There was no doubt in her mind this was the man of her dreams.

Mike looked down at her curiously. “Everything alright?”

Emma smiled and straightened herself out. “Mike, do you ever get the feeling of déjà vu?”

All The World’s A Stage 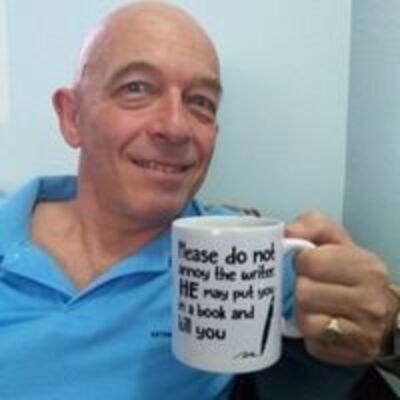 You are turning me into a romantic! 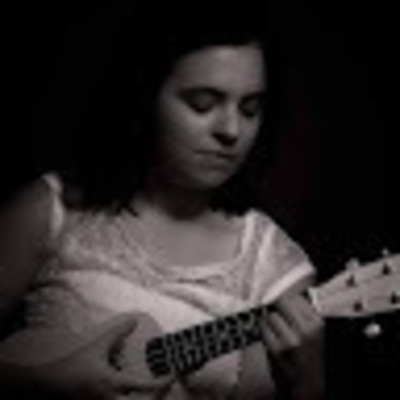 Glad to hear it! I'm really not much of a romantic myself, so I'm glad to know my writing is romantic at least.