Submitted into Contest #76 in response to: Write a story told exclusively through dialogue.... view prompt

In the beginning, our people did not understand the enormity of their drastic decisions, hence they sold all the oil wells the community had, John pointed out.

The people chose those in power, John is not far from the truth, Peter interjected.

That doesn't mean the people were privy to the sale of the town's major natural resource, Pius buttressed. Besides, the royal cabinet did not seek the approval of the people before executing those sales.

Well, I agree with you on this one Mr. Pius, I fear that there's going to be a fierce insurrection from the youth populace and the result will be nothing short of catastrophic, Peter observed.

There will be no insurrection, the chiefs know their onions. As usual, the Youth Leader will be bribed and all frayed nerves will be calm again. The problem is that the youth have an avaricious leader, John stated.

Preye is a man of the royal house. Ever since he became the Youth Leader, there have been no agitations on behalf of the youth, the youth have been deprived of everything worthwhile. There has been dearth of jobs, paucity of funds and the youth have taken to crime as a last resort, of course you know that there has been a meteoric rise in the crime rate, it's an unfortunate predicament my brothers, Peter submitted, shaking his head dolefully.

I learned the movement of the youth has been divided into two warring factions, the rebellious faction had verbally passed a vote of no confidence on Preye, his administration so far has been married by incompetence, inefficiency and dishonesty.

That's what you heard my good friend, it pales in comparison to what I heard, John said smiling. I heard there is going to be a putsch of the royal house, John added.

Treason! Treason! Pius exclaimed. I wouldn't want to be part of this conversation. The King is not someone to be toyed with, if he gets wind of this conversation among us concerning a burgeoning treason plan, we would all hang, Pius added in exasperation.

We can't talk about anything relating to the royal house, Pius warned.

Donbraye is here, John announced. Perhaps, he can tell us a thing or two that has transpired in the palace.

What is really happening? John asked.

Marcus, the rebel, vibrant youth leader in collaboration with his sect of youths have taken up arms against the men of blue blood. I think there's going to be bloodbath in this town. The boys are ready, they are angry, they are willing to give up their lives to reclaim the lost crude oil, Marcus has been instigating the youth to violence, the men are fond of him, the women love him, the youths adore him, his name is on everyone's lips. He stirs the crowd to frenzy when he speaks, he sways the will of the pacifist to resort to violence, Donbraye said with gusto in his voice and our sense of admiration for Marcus.

So what is the King doing to curb Marcus' excesses? Peter asked.

The King has no concrete plans, he's at sea, he is confused, but I believe he has something up his sleeves, everyone knows the King and his penchant for subterfuge, Donbraye stated, frowning a little.

The King remains the King no matter what happens, John added unnecessarily.

Nobody is contesting his place with him, we just want what is due to us, Pius protested.

That's the reason why we have to throw our weight behind Marcus, he is the only one who can liberate us from this slavery. Many a time, Preye has sold our conscience for mere sinews of war, he has been the debacle, a major bane to the community's development.

Peter smiled and said; a few years ago before the demise of the erstwhile King, Preye won our hearts when the King sold the foundry to the Indian expatriates. I believe you remember how vociferous he was at cabinet meetings, he was thrown into the police cell more often than was necessary because he defended the truth, but today, he is feeding fat from the royal purse, his cheeks are rotund, his skin glows, he has developed a pudgy stomach and he rides in a gleaming Mercedes car, Preye hoodwinked us into believing he had the interest of the people at heart, he was selfish from all indications.

What are you driving at? Donbraye asked slightly irritated at Peter's subtle insinuation of Marcus' dishonesty.

The message is simple, Pius proffered to explain. He is saying Marcus wants to win out hearts and secure our mandate to win at the next Youth Leader elections.

And when that happens? John asked.

His true colour will be revealed, Pius answered.

Incredulous! Donbraye exclaimed. Marcus is a man of timber and calibre, he won't stoop so low to receive bribes from the royal house or feign solidarity to obtain our mandate, Marcus doesn't need anybody's money, he's from an affluent home, he has always had whatever he desired at his beck and call, yet he abandoned the opulence of his father and came down to his hometown to champion the course of liberation of his people. Personally, I don't think he's going to turn out like Preye, Donbraye observed.

The confidence you have in this man is astonishing, Peter said looking directly at Donbraye. I don't trust these young men who emerge from nowhere like a bolt from the blue and take up the mantle of leadership at the expense of less enlightened folks or impecunious people, they never ring true to me, Peter concluded.

You talk like you're sure of Marcus' charade, John observed. He is trying to recover what was taken away from us by our own leaders, I think we should give him a chance, he deserves a chance especially now that he's proving his resolve to bring the much needed change in this community.

Sometimes, I am compelled to agree with Peter, Pius said shrugging his shoulders, you can never predict these young men, they can use all devious means to be in your good books and when they achieve that, they begin to feed fat from the same fortune they fought for. In most cases, the royal house in conjunction with the State Government offers them juicy appointments in the state capital and the whole struggle just blows away like it never existed.

obviously satisfied with Pius' synopsis of his earlier remark.

I will not tolerate this madness from you, young man, Peter asserted angrily. I am not your mate, I won't have you insult me at will.

If you're not my mate, I'd advise you talk reasonably, Donbraye cautioned.

Boorish young men like you need to be dealt with, Pius observed gritting his teeth and swinging his stick menacingly at Donbraye who flinches.

Mr. Donbraye, I think it's high time you took your leave, you have constituted enough nuisance here, I won't stand here and watch you vent expletives on my friends, your reaction is uncalled for and won't be tolerated at all, John stated.

I will leave, but let it be known this day that Marcus is a man of substance and he won't deviate from the course of this struggle, Donbraye remarked with a note of finality and walked away.

This boy is rude, Peter commented with a look of disgust on his face.

Wait, can you hear ululation from the King's palace? Pius asked, cupping his left palm behind his left ear lobe as if to enhance his chances of hearing more properly.

I can hear people shouting, John answered, but what can the reason be? He asked, surprised.

Your guess is as good as mine, Peter answered, trying to listen.

I hope it's not something that will affect the peace of this community, Pius said.

The peace of the community has already been compromised, John remarked.

The trouble that is brewing is going to culminate into a catastrophe at the end of the day and I don't think any of us is ready for the impending doom that is about to befall us.

I can sense the darkness already, in all the surrounding communities that have had internal skirmishes in recent times, more often than not, crude oil has been the major cause. The black gold is a curse, Peter observed.

The Black Gold is so powerful that even the minutest blob within your possession can make you rich, Pius added.

My brothers, I can hear a motorcade coming towards us, John observed listening carefully.

They've negotiated a bend, Peter announced, the youths are hurling stones at the vehicles and I believe it's the royal convoy, the irate, vengeful crowd comprises the youths led my Marcus.

Desperate situations call for desperate measures, John quipped. Crude oil has placed a knife among our people and torn us apart, now the centre can no longer hold, anarchy has descended upon our community.

The uprising is a necessary evil my brothers, never again will a king sabotage the community's wealth to his own advantage. Crude oil is a communal blessing, I don't know why the case is different for us, Pius said.

I agree with you my good friend, this uprising will reveal the determination of the youth to effect substantial change in this community, John agreed.

My fear is that the uprising may be poorly executed, Peter observed.

Marcus seems to me to be a strategist judging from the fact that he once served in the Army, albeit for a short time, John said.

I can hear gunshots from the other end of the town, people are running helter-skelter, I advise we take cover, the three men scurried into a house and locked the door.

Here, we will be safe for the meantime, John sounded relieved.

I just got a message on my phone, Peter said and brought out his phone to read the message before dropping it on the table.

Information reaching me claims that Preye has been killed and the King has fled the town, even the palace has been set ablaze. Some members of the cabinet have also been murdered by the irate youths, while others have fled for their lives. The Army is already on their way here to curb the situation, things are getting out of hand at an alarming spate, Peter finished.

It is unfortunate that so much blood had to be spilled to reclaim what rightly belongs to us. It is regrettably lugubrious that a people once united in love and harmony have being put asunder by avarice and a fiendish desire to impoverish their own kinsmen, but like I always say, desperate situations call for desperate measures, the uprising is complete, John concluded.

Awesome! Awesome!! This is a great piece❤️❤️ 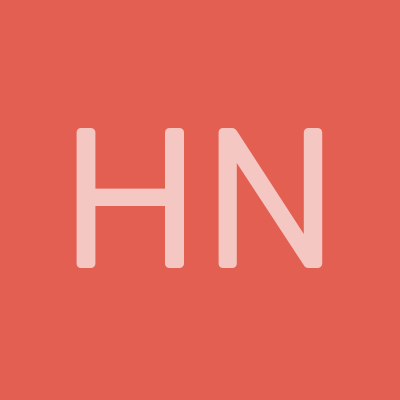 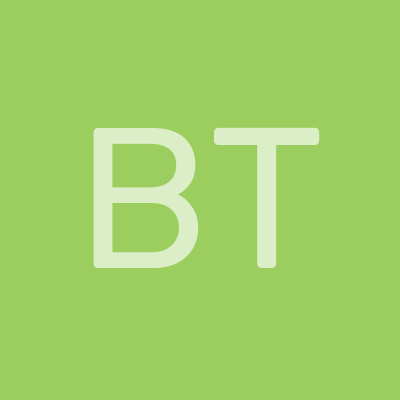 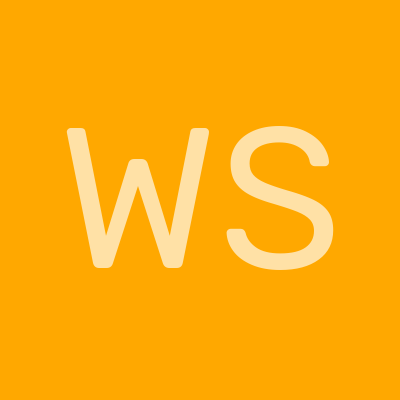 This indeed is a lovely read.... Keep it up Nufe.

This line really got me: "the chiefs know their onions." Haha!

A beautiful read. I always expect nothing less than excellence from your works Dafe💜 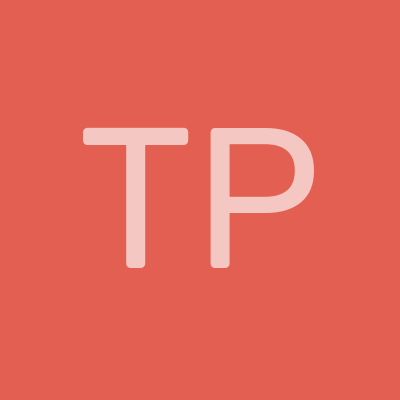 This is so simply beautiful

Oh wow, this is nice.

Intriguing. Stuffs like this are spinal pain relievers on some days. Good stuff

Nice write up filled with professionalism

Beautiful piece boss,I love how the dialogue painted everything

Finesse at its peak! Well done.