For The Next Meal

Submitted into Contest #24 in response to: Write a magical realism story that takes place in the Wild West.... view prompt 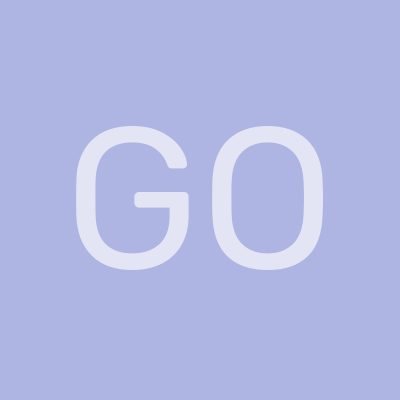 It’s a cool and quiet night. The only sounds accompanying Alder are the gentle breeze and his horse’s hooves against the hard, dry dirt. The sky is clear, with stars sparsely sprinkled across the dark. The moon is full and bright. The nearest town is miles away. He would know, he left there that evening with a job to do.

A howl sounds, long and high pitched, ringing against the quiet. It’s distant, so much so that Alder barely hears it. It’s hard to place the exact direction it came from, but he’s able to discern a general location. He isn’t new to this work, he knows where these beasts tend to hide. He whips the reins, kicks his heels, and begins the chase.

Far off, deeper into the trees, Iona can feel herself once more. Rough fur is spread across her body, long and grey. She’s larger than normal, strong and wild and hungry. Hungry, she’s really hungry. That is the clearest thought in her head, above her aching bones and panting breaths. She is so very hungry. Beside her, a boy shouts.

The boy is backing away on shaking legs, aiming an old hunting rifle to Iona’s imposing form. She turns her head towards him, and his grip on the weapon tightens. She stares at him for a moment, contemplating. He’s thin, far too thin to satisfy, but there aren’t any other options around currently. The subtle pounding of his heart rings through her ears, drawing her closer. As she took a step, the boy fired. The bullet was lodged into her shoulder, but that didn’t matter to her. She ran towards him, arms falling to the ground as she ran. He shot again, and again, and again. They were all useless.

Alder heard one, two, three, four gunshots, then a scream. It was closer than the howl, which meant he was on the right trail. He maintained speed as he raced towards a grove of trees.

It doesn’t take long for Iona to finish. She’s left desperately chewing on bones after just a few minutes. She’s bleeding, and it hurts, but that is forgotten in the hunger. She’s still hungry. So hungry.

The sound of approaching hooves reaches her. A horse. A big, meaty horse. That could do something to this ravaging hunger. She turns frantically, looking for the creature, when a shot is fired. It misses, just grazing her arm, but this one hurts. It burns, enough so to make her grit her teeth and clutch her arm. Alder stops, steps off his horse, and approaches the beast.

Her voice is a growl, barely comprehensible. This mouth was not made to speak, it was made to bite and rip and eat.

“You can speak? I must say, that’s rare for your kind. Not that it’ll help you any.”

“Still? Seems like you just had a rather fine meal.”

Alder kicks a nearby rib away.

“Though, I guess I shouldn't be too surprised. From what the locals have told me, you’re pretty insatiable.”

Iona can only stare at Alder, instinct telling her to run, but hunger telling her to attack. She looks at the horse, tall and well fed, it’s tail swishing back and forth in anxious anticipation. Drool mixes with the dripping blood left on her chin. Before she can stop herself, she lunges forward, maw agape and full of sharp, yellow teeth. She’s shot in the chest before she gets too far.

The beast falls back, collapsing on the ground. Her breaths are short and pained, and her muscles twitch. Before Alder’s eyes, she begins to revert back to her human form due to the pain and strain. The sounds of bones cracking and breaking as they shift to new positions is accompanied by shouts and whimpers from the beast. The fur disappears, revealing dry, scarred skin. She turns small, smaller than you’d expect, and thin as a twig. By the end of if, a young girl is left crying on the dirt, her own blood mixing with that of her victim’s. She’s barely alive.

Tears and snot flow from her face as she sobs in pain. She clutches her wound with trembling hands. She’s shaking, her thin and ripped clothing being no help against the chill breeze and deep felt panic. Her eyes are open wide, though she is just staring at nothing in particular.

Alder is frozen in his spot, staring at the girl. He has seen many things in his line of work, from fields of corpses to indescribable monstrosities, but they pale in comparison to this. This girl, alone and scared and facing death, was enough to crack Alder’s stony solemn composure. He approached the girl slowly.

She just looked at him, confused.

A sudden surge of pain caused her tense up, curling into herself. Alder stepped forward and brought the girl into his arms. He held her close as her body became weaker and weaker.

Her skin grew more pale as she neared the end of her life. It seemed as though the pain was beginning to subside as her face relaxed. She’s stopped shaking, stopped crying, stopped fearing. All she knew was fear. Fear of herself, fear for others. Without it, she felt hollow. She didn’t mind.

“I am Iona. I’ve made a lot of people suffer, I know this. But do not forget, Alder, that you...you have caused the same. I hope...I hope they paid you well…”

She shifted slightly in his arms, closed her eyes, and fell limp. Alder placed her back on the ground, carefully brushing some of her hair out of her face. While he wasn’t much a religious man, he took a moment to offer a prayer to whoever was listening.

Ohhhh. That was nicely done!!! It could’ve gone a bit more into background but then again the overall mood of the story seemed to warrant more mystery than revelations. Keep writing and best of luck!