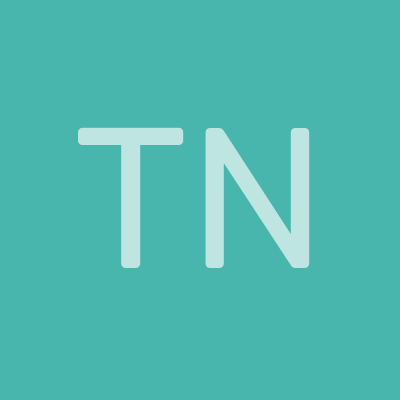 The spear goes through the boar and the beast stumbles. A few meters ahead, it falls and moves no more.

We are going to have a meat feast tonight.

Grognak has the best throw, rarely it is another to claim the kill. He knees beside the dead prey. He thanks the Great Mother and screams: "Grognak brings meat!"

Everybody yells and cheers, spears in the sky.

Grognak is chief, his word is law.

Borg is the largest of the group although not the best hunter. He is clumsy and noisy but very good at carry heavy loads back to the village. He loads the boar on his shoulders and we all head back towards the slope of the mountain. There is where we dwell, what we now call home. Grognak has chosen so.

Women will be pleased to see much meat and a pleased woman is a pleasing woman.

They are not allowed to hunt with men, Grognak has decided they must tend the caves and gather fruits.

As we enter the precinct of bones and woods, Grognak gets mad; the fire has died out. I know why he is mad: it is the duty of the chief to light the fire and, at least at that, Grognak is not as good as he wishes to be.

While he is struggling with sticks and stones, Kira stands up. The pelt clothes don't cover much of her body, Grognak has imposed a dressing code for all the women of the tribe. Kira does her best to keep her long, blonde hair in good shape. Maybe that is for her own personal interest or, perhaps, some residue of self-respect.

"Why don't we just...", she uses words she is not supposed to use. Grognak, fast as the lightning, stands up and hits her. The slap is loud and leaves a red mark on her cheek.

Everybody has seen it, nobody does a thing. Grognak is chief, his word is law.

We live free and happy, among the green, under the endless blue. We have a few rules. Grognak's rules. We do not say certain words, we do not mention certain things. We stick together.

Eventually, the fire comes alive and the boar, skinned by Tika and Sanho, is set to roast. It smells good.

Grognak serves us. He cuts the meat off the boar and decides who eats what. Grognak is generous and kind, doesn't keep the best part for himself, he gives it to the women, to Kira first, who takes her portion with a grunt and doesn't show any gratitude.

To me, Grognak gives a big chunk of tender meat and announces: "Kaul, chief when chief is gone." He means I am second in command. I am to lead if he is not around, or if he dies. Certain thoughts spin around my head. Scenarios. Dialogues. Accidents. The thoughts blur away as everyone begin to cheer. They congratulate me. I wonder what they’re thinking. Even Kira claps her hands and smiles at me, but I can spot the sarcasm in her gaze, I know her better than anyone else.

Then Grognak leans towards me and puts his mouth to my hear. He whispers: "you understand this, you get me, do you? We can do it, mate. This is freedom!"

I nod. I do understand but that doesn't mean I agree. It also doesn't mean I must have an opinion about it. I've been trained to follow orders, to execute them, no matter what. I've been molded and shaped to become a tool, an extension of my superior's will. This is different, thou. For now, I will keep it in my thoughts. Up here, in my mind, Grognak has no authority.

Night comes down slowly but in at end it is here and tonight, the sky is full of stars. I’ve seen the moon growing. Grognak says it is a “she”. I behold her luminous splendor; something truly magical. I’ve seen her waning and disappearing; such darkness I did not believe it possible. I never gave too much importance to this kind of things, never noticed them. We had truly forgotten about all of this. The emotions, the simplicity and the magic of these obvious things. Maybe Grognak is right, after all.

Kira approaches my cave, certainly looking to keep each other warm during the night but I know she wishes to talk to me. The chief's eyes stare at me from his own cave, the highest of the formation.

I turn her down and invite Mobi to sleep with me. Kira sleeps alone tonight.

A moon has passed. Kira has slept alone most of the nights and in these last days, she spends time with Krek, in his cave, tending his wounds. He fell from a tree.

Today we are all by the river, bathing, playing, enjoying the Great Mother's gifts.

Grognak has taught us to live by Her rules, to live within Her. We hunt and fish. We gather and collect. We know of seeds but cannot farm, it is forbidden to grow what the Great Mother hasn't planned to grow, we are Her guests and we take what is given.

We craft spears, basic tools. We shape flints and make beads for necklaces and ornaments, remnants of a shattered vanity.

We do not build. A precinct to ward off predators, that is all we have, and drying racks to dry meat. No huts, no tents. No complex structures. So Grognak has decided and Grognak is chief, his word is law. The rest, the Great Mother provides and She is most generous. Fruits and wild-life are abundant. Few are the dangers and the place is a paradise.

Kira comes to me while I rest by the shade of a tree.

"Fredrick's wounds are not getting better. Just scratches, they were not lethal but without the right medications, now they are. Your chief wants me to use herbs and leaves. The hell I know about that? We got what we need and tonight I am going to get it."

I wonder why is she telling me that.

I shake my head and warn her. Grognak will know, she will be in trouble. If Krek dies, Grognak will make a great funeral pyre in his honor, I'm sure of it.

"Hell with him," she fires back. "Fredrick's dying. He is letting him die but that's not on him, if he dies it is on us all."

Grognak appears from the bushes, naked. He gives us a mean look, to both of us.

She stares back, then loses her top and bottom and jumps naked in the water. The chief follows her.

What to do? She knows what she is saying. She is a doctor for Christ's sake.... so many forbidden words. Are they? Are they forbidden even here in my head?

Sometimes the others talk about things they are not supposed to, but that's it, just talks. I let them as long as no action is taken. I've been trained to follow orders, to be a tool, a weapon... am I? Hasn't Grognak said that we are all free? That of all the places, this is where freedom can be fully embraced? To don't dig into yesterday, to live today and wonder about tomorrow?

I said to myself to get a good sleep over all these thoughts but here I am. Awake in the middle of the night. Can't sleep, can't think. I can't talk to anyone.

Something is moving. A fox, a predator. Maybe just a rabbit. Kira!

She really means it. She is going. If I make a move now there is the risk to wake the others. Can't let them hurt Kira. I must follow her, quietly.

Holding a torch she has lit with forbidden sorcery, she walks away. Through the forest, at a fast pace until she reaches the forbidden zone.

I realize now that for being free and all, we have a lot of forbidden stuff. I’m not philosopher but something doesn’t come back. Rules are meant to bring about balance. What we got is a bunch of restrictions. Am I allowed to have my own ideas? More importantly, am I allowed to live by them?

The vegetation here is scarred. Many trees are broken in half and the soil dug in a large path. The place hasn’t completely healed yet.

I see it. The holy of holies. The most forbidden thing on the whole planet. The tree of knowledge. The apple.

Kira gets in, without many ceremonies. I stop by the entrance, feeling the metal under the vines and the climbing plants that have started to grow all over it. Has it been so long already?

I sneak inside. Claire is by the console.

"This is Doctor Claire Westfield of the Hermes, ID code 906-909. I am transmitting from the rescue pod SJ-003. Me and my brother Paul, with a group of survivors, have survived the asteroid anomaly and landed on the planet designated EXOGEO-57b3. HQ? Earth? Anybody receiving me?"

The power goes suddenly off. By instinct, I duck and hide among the wreckage.

Grognak steps in, holding a blaster.

It doesn't look like he is aware of me.

"What have you done, Kira?" He roars behind his serrated teeth. Gun pointed at Claire.

"Why would you do that? We can live free of that corrupted world of wars and conflicts. It’s a manhole of politics and economics! Why would you even want to go back? We can have peace here!"

Claire stands up to face him, hands in the air, "come on Gregor. Shot me.” She says with a cold blood I didn’t know it was in her. “Prove it. Prove you are a real caveman now."

Gregor shakes his head with disappointment.

Contact. Zap. Claire is a pile of goo. No. That won't happen. I won't allow it.

I emerge from the shadows. I appear at Gregor's back. Claire's stupor gives away my presence but before Gregor can turn that blaster on me I do what I've been trained to do.

The edge of my hand hits him on the neck. My left fist punches him in the ribs. He loses his breath and struggles for air. I lock him in a choking grip and put him to sleep. I don't kill him. The Fleet would hang me for killing a superior, I’m not sure the circumstances will justify me. I induce him into unconsciousness and then tie his wrists and ankles with wires and cables.

"I am sorry Claire. You are right, this has gone way too far. Let's go home now."