Music from the ice cream van echoed through the streets. Front doors opened and then slammed as kids of all ages sprinted over to it, loose coins clutched in their palms, and then jostled to be first in line.

The man laughed, leaning out of the window, trying to create some order as they shouted up requests to him.

He paused as he handed one to a tiny girl standing on her tiptoes trying to reach, and glanced up. His eyes widened in surprise as he noticed the lady standing at the back of the crowd, staring at him.

She smiled slightly, a dimple appearing in the corner of her mouth.

“Hi”, she called out, waving a hand over the heads of the kids.

Grinning back he started to wave forgetting the ice cream.

“Hey”, the tiny girl said as the ice cream dropped and dramatically splattered on to the ground. Several kids jumped backwards, laughing.

The lower lip of the tiny girl started to tremble.

Content with her ice cream, she barely noticed, disappearing away from the crowd.

“I want one of those”, the boy said, jabbing his forefinger at the laminated picture pasted onto the side of the van.

The man glanced down, wishing he could say exactly what he thought.

“Sure”, he replied, scooping again.

The boy shoved his coins at him. They fell in a sweaty heap.

Frowning he picked them up. They felt slimy and hot as if the kid had been holding them for a long time.

Trying hard not to grimace, he faced the next kid, sensing the lady was still staring at him. Almost as if she were waiting for something.

He managed to serve another few kids before glancing back at her.

She was still standing at the back of the kids. A gentle breeze blew a strand of her hair across her face and he watched as she brushed it away from her eyes, narrowed against the bright sunlight.

Maybe she’d be free for dinner tonight, he thought to himself.

The group of kids was getting larger, some dragging their parents by their hands, as they jostled trying to get served.

“Hey, none of that” he said as loudly as he could, as he saw some of them being pushed and shoved,” I’ll serve all of you, no matter how long it takes”.

The kids settled down, the next one speaking so quietly he had to bend right over to catch the words being whispered.

“Good choice”, he said, winking and grinning at the kid who blushed fiery red under his gaze.

He noticed without looking up one of the parents approach the lady, leaving his kid standing in the line.

The lady smiled as he chatted, smoothing her hair with one of her hands.

Why was she talking with him?, he thought.

The breeze became stronger, bringing a breath of fresh air into the cramped, sticky van.

He slowly stretched his back and loosened his damp shirt from his skin.

It was no joke spending a hot summer’s day inside the van.

“Whose next?”, he said as cheerfully as he could.

He continued to scoop and sprinkle and place coins and notes inside.

The crowd started to thin as each kid wandered away with their ice cream.

The lady giggled and waved to the parent who moved closer to him.

Taking a deep breath to steady his nerves, the man forced a smile on his face.

“Hi, what can I get for you?”, he asked. Even he could hear the tension in his voice.

The parent looked up, surprised at the tone.

“Just two of these, please”, he murmured, pointing at the picture, his kid now waiting patiently at his side.

The parent looked around daydreaming as he waited.

“Say thank you Maddy”, he said as he was handed the ice creams.

At last only the lady was left. Sweat was starting to bead on her forehead.

“Hi”, she said again as she leant against the side of the van.

“Hi”, the man answered, feeling his stomach tie itself up in knots.

“So I can see how much you enjoy your job”, she commented, pretending to look at the pictures but managing to also stare at him.

He felt his back stiffen.

Was this going to be the stumbling block, like it was with all his relationships? The women he normally dated just couldn’t see how much he enjoyed his job, even if it was stuck inside a hot, cramped van during summer.

He nodded, feeling tense and unwell, not trusting himself to speak.

“I wish I enjoyed my job as much as you do”, the lady said.

She grinned up at him.

“Well like I always say” the man said scooping plain vanilla into a cone and ramming a chocolate wafer into it,” you have to do what you love or what’s the point of it all?”.

The lady leant closer, both hands placed on the counter.

Slowly so as not to drip any of the ice cream, she bit the end of the wafer, crunching it loudly.

He felt his knees weaken.

“Yes”, she whispered, her eyes wide and staring at him.

Surely I didn’t hear that right?, he thought, why would she be saying yes?

She watched him, waiting for a response but he didn’t know what to say.

The ice cream started to melt onto his fingers.

“Really? Are you sure?” he asked,” You know I’ll be stuck in this van whenever the weather gets hot”.

He threw the ice cream to the ground where a flock of seagulls were lurking. Joyfully they pounced onto it, squawking.

Grinning, the breeze now blowing her hair, she leant as far forwards as she could and kissed his hand. 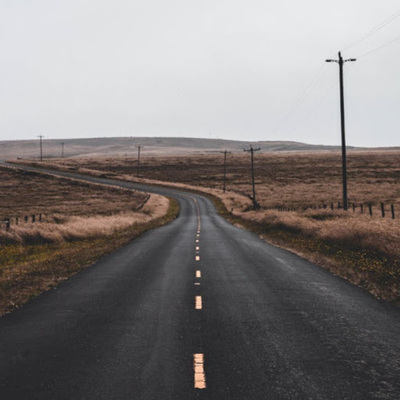 This was a great story to read! The plot is paced perfectly and I love your word choice. The ending was surprising and written well, too!

Loved it! I like that we didn't know until the end. I would love it if you could check out my stories too!!! XElsa

Very sweet story that made me want ice cream.😀

Loved the way you carried the plot by the dialogues and the interactions between the characters! Would you mind checking my recent story out too? Thank you :)