Submitted into Contest #32 in response to: Write about a person who meets with the ghost of an old friend for tea every so often.... view prompt

On September 24, 1981, I was home alone. The doorbell rang, my grandpa was standing there with a container of chocolate ice cream in his hand and a big ole' smile on his face. My dog was jumping up and down with excitement and inside so was I. I grabbed two bowls and the ice cream scoop, and we went out on the patio to eat our ice cream.

When our ice cream had all been eaten, he pulled our well-worn set of dominoes from his right jacket pocket and his pipe from the left. We played dominoes for hours, talking and laughing.

“What are you learning these days in school?”

“Just stuff for college I guess,” I said. I noticed that he didn’t ask why I wasn’t in school today, but since he came with ice cream he must have known already.

“What will you study in college?”

“I want to be a lawyer, but my mom laughed when I told her,” I said, looking down.

“Don’t let anyone ever make you think you aren’t good enough, no one,” he said.

We sat absorbed in our game for a while after that. I guess he wanted to let what he had said soak in.

“Do you remember me riding on the tractor with you? I wish we could do that right now,” I said.

He laughed. “That old Farmall was a good one. You practically grew up on that old thing. We could do it again someday. I bet I could get her running.”

We started a new game, and he refilled his pipe.

“So Stevie, what are you reading right now?”

“Needed something lighter than George Elliot?”

He grinned at me. “It doesn’t matter what you read, just so you are reading.”

It was nearly time for my brother to get home from school, the afternoon had flown by. He looked at his watch and the look on his face brought tears to my eyes. His face said it all, he was leaving.

I hugged him so hard. I never wanted to let go. Realizing that I was never going to release him, he gently pushed me back and looked me in the eye, “You are so much tougher than you think you are, don’t ever forget that.” He planted a kiss on top of my head and walked around the corner of the house, leaving a trail of apple tobacco smoke. I found a quarter lying on the table.

When my mom came in the door later she said, “What is that smell out there?”

“What smell?” I said, stalling for time.

“It smells like smoke, not cigarettes but smoke,” she said.

“I think the neighbors were burning something,” I answered. Hoping to be vague enough to make her drop it.

“Oh, it must have been apple wood,” she said. “Ben, go do your homework before dinner.”

‘Thank you, God,’ I thought. ‘But how can she not recognize that smell?’

I fell asleep that night with the faint scent of pipe smoke emanating from my hair.

Two days later, my best friend was dead. He was in the backseat of a car that lost a fight with a tree. When I got the call, I walked out of the house without a word to anyone and got in my car and drove. When I got out of sight of the house, the tears came. I had no idea where I was going until I pulled into the parking lot of the park in town. I got out and practically ran up the path to the top of the mountain. I went to the backside where no people would be and I let the storm of emotions rage. I’m not sure how long I sat there and cried, the sun was going down when I smelled it, pipe smoke.

The park would be closing soon and the gate would be locked. I needed to get to my car and exit the parking lot before that happened. My mom would not be happy if she had to come get me. But I had other options to try before I would make that call. As I ran onto the main path, I saw other people making their way down the mountain, ‘I should be ok,’ I thought. When I reached my car, there on the ground by the driver’s door was a quarter.

I drove to a dumpy little diner that I loved and ordered a grilled cheese sandwich and a bowl of vegetable soup. I took my time eating, willing it to stay down. When I had finished, the waitress came to the table and set down a bowl of chocolate ice cream. “You look like you could use this, it’s on the house,” she said, before walking away. I looked down at the floor, and there was a quarter. I ate the ice cream, paid my bill and left.

I wasn’t ready to go home, but I was already going to be in trouble, so I headed there, slowly. The screaming started when I touched the doorknob of the house. It continued all the way to my room. She had heard about Eric, which was the reason I got off so easily. As I was turning the doorknob into my sanctuary, my dad said, “That’s enough, leave her alone.” She didn’t stop, but now the assault was aimed at him, not me.

I didn’t even take my shoes off, I curled up on my bed and was asleep almost instantly. As I was drifting off, I heard his voice. ‘You are so much tougher than you think you are.’

I got up the next morning and got ready for school. When I walked into the kitchen, she said, “You don’t have to go today.”

“Do you always have to make me look bad? Is that your mission in life?”

“My mission is to survive,” I said and walked out the door.

The next few days went by in a fog. And I found out I was a lot tougher than I wanted to be.

On Christmas Eve, I found a box of chocolate-covered cherries and a volume of Reader’s Digest Condensed Books on my desk. My dad stuck his head in to say good night.

I held up the book and candy and said, “Thanks, Daddy.”

“I wish I could take credit for that, but I didn’t do it. I miss him too.”

“Well, I guess Santa came a little early.” I knew my mom hadn’t done it.

My grandpa comes to bring me ice cream sometimes. There would be nothing remarkable about this, except that he died in 1979. I don’t tell anyone about these visits, mostly because they are mine and I don’t want to share them with anyone else, but I also don’t fancy wearing a straight jacket and living in a padded room. I have also come to realize that every visit precedes some soul-crushing event that shatters my world. These visits are to prepare me for what is to come. I live in denial of that fact during these visits, I hold on to the hope that this time, it is just my grandpa bringing me ice cream. 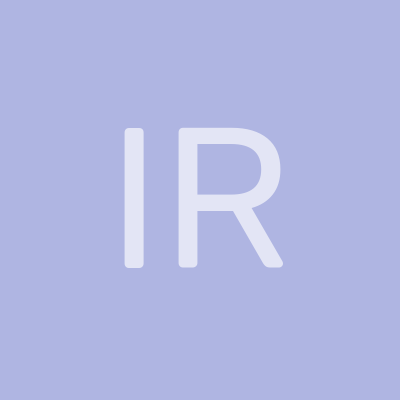 I love the writing style of this story, but a couple things didn't quite add up. You never mentioned what the quarters had to do with the story, and I don't understand how her best friend dying added anything to the story as well.

Her Grandpa left her the quarter. Her Grandpa had died years earlier and only comes to visit when she really needs him. He came to prepare her for the death of her friend.

I hadn't read this in over a year and I had to read it to answer your questions. It's amazing how when you go back and read something that you wrote a long time, it evokes more feeling than when you actually wrote it......