The sun barely hung above the neighboring house. The light shafts lite the side of your face, glinting off the knife in your hand. You repeatedly slashed it clearly through the scallions. The chittering chopping was the only sound in the whole house.

A toot of a horn makes you jump, zagging your cut. Outside the window you're standing in front of, Kelly, your normal mail person, was waving from the sidewalk. Even yards away, you can see sweet potato stains on her blue uniform shorts from her newly walking 10-month-old. Between her rumple blouse, loose strands of hair from her bun, and the darkening rings around her eyes, she was the definition of full-time worker and full-time mother.

In the same view, Bridget, your neighbor two doors down, walked up to Kelly. Her long brown hair hid most of her maroon blouse from your view. And, without fail, she was wearing pants and a long sleeve shirt in the Nevadan heat.

The two of them talked for a quick moment. It ended with Kelly handing Bridget a stack of envelopes and a package.

With giddy laughter, they both waved back at you before splitting up: Kelly going back to her truck and Bridget strolling up your walk as she put half the envelope into her mini backpack purse.

Aglow, you go back to cutting. In seconds, the knife is clanging against the edge of the cutting board then onto the floor. You hadn’t looked down before cutting, nor were you focused on cutting during. Instead of cutting the remainder of your scallions, you cut the inside of your left-hand fingers.

The sight of blood on the cutting board and floor send you flying to the other countertop for the paper towel.

“Steven!” Bridget called from the dining room. “Whatever you’re cooking smells am…” She stalled in the doorway.

You take your eyes off her for only a second to inspect your fingers. Her hand glided under yours before you could cover it again. “What happened?!”

“Just a slip of the knife,” you said, grabbing more paper towel.

“Do you need a hospital?” she said, sharply.

“Come on,” she pushed you back towards the double tri-fold doors to the dining room, “You should sit down.”

“Give me a sec.” You dived a hand into your dress pants pocket, pulling out a tube of triple antibiotic cream with band-aids trapped between it and his fingers.

“Do you need anything?”

“Can you toss the scallions and put the eggs back in the fridge.” Your tone dulled as you began doctoring yourself.

With the clanging and commotion, your older brother, Raleigh, emerged from his cave of a bedroom. His whole appearance shouted, "Went to bed at four in the morning."

He waddled to your side. "What did you do?"

"Good Morning to you, too," you said, finishing the last band-aid.

"Are you alright? Do you need anything?"

You glanced at him. "Pants," you averted your eyes from the hairy tan legs sticking out of black boxers, "pants would be great."

"You're the weirdest 14-year-old ever. Can I make some coffee, or are you going to object to that too?”

“Saves me from doing,” you reply, with your attention waning to the mail.

Flipping through the envelopes first, you rip open the three of them. The first two were bills, and the last was a letter from your aunt Beverly (your other guardian than your brother) about your best friend’s competition you couldn’t go to, along with a USB drive.

The package was a mystery. No return address. Cool to the touch. And the top was no bigger than a smartphone but seemed bigger with all the blank space. Besides the stamps, the only thing on the package read: Agent R. Ross 855 Park Lane Loveless, Nevada 89034.

“Raleigh,” you turn your head towards him, “Can I… Don’t you dare put coffee product in my teapot!”

With the package still in hand, you march over to him and rip the pot out of his hand. “Get out of my kitchen!”

“When you do the dishes while I’m back home, you can have the run of the kitchen when I’m here.” You pushed him out of the room, said, “Go get dressed or go back to sleep.”

You shoved the teapot under the faucet and grabbed a second pot from under the counter. “Do you need a minute?” Bridget asked.

“Give me a holler if you need a hand.” She left, closing the door behind her.

You get the pots on the stove. Yanked the knobs hard, listening to the clicking of the burner lighting. With a whoosh and flames blooming around the reflective pots.

You stared into your eyes, leaning against the oven handle. Out of the corner of your eye, the box called you. You’ve opened the rest of his mail for the last three years; what would be the harm now.

You opened the side flap and jiggled out a box that’s just a touch smaller than the postage box. It was wrapped in brown paper. You cocked your head a bit but continued to unravel the nesting doll. After the paper was a metal box. It stung your fingers at the touch by the chill of it.

As if opening Pandora's box, a scream rang throughout the house.

Newly dressed Raleigh and Bridget rushed back through the paneled doors. They find you perched on the countertop, wide-eyed and breathing heavily.

Bridget comes to your side, but your brother ran to the paper and box crumble on the floor. He pulled out a pen that had been washed with his pants a hundred times. His face went long and his eyes went wide.

“Come here, Stevie.” He picked you up from the counter: one arm under your knees and the other behind your back.

Your 14-year-old self might have been embarrassed about the ease your 22-year-old brother lifted you. But between your heart in your ear, every molecule of your body shaking, and the dizziness from hyperventilating, you took the comfort.

He’d never been that gentle with you. A few baseballs to the head during practice. Pinning you to the grass after rolling around in the yard. A volley of practical jokes every April.

Since you’re parents died, you’ve never felt safer than now as Raleigh rocked you back and forth on your rocking chair. “Everything’s going to be okay,” he repeated, quieter and quieter as you slowly traded trembling for heavy eyelids.

After you were completely limp on his lap and your head firmly planted against his shoulder, Raleigh carried you to your bed on the other side of the room. He tucked you in and was about to shut the door fully when Bridget interrupted. “Is he alright?”

“He’s asleep if that counts. I can’t believe this happened.”

“Who would send you…,” she couldn’t even say, not with gagging.

“A pair of severed eyeballs,” he said, like a little boy showing his mother a new pet he brought home, “someone that’s trying scare me away from them and their case.”

“Have they?” she said, glancing at your semi-conscious body through the crack in the door.

Raleigh did the same. “They should have thought about that before traumatizing my little brother. There is nothing going to stop me from finding them.” He marched off, with a fire behind each step. 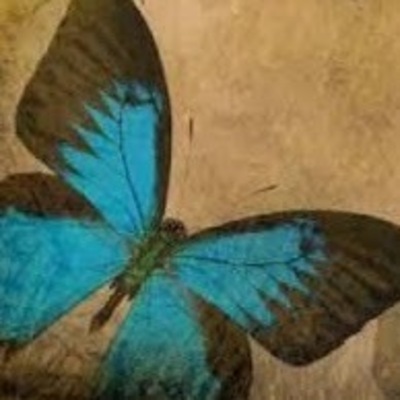