Submitted into Contest #103 in response to: Write about a character looking for a sign.... view prompt 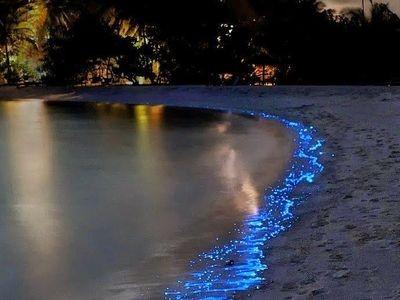 He had lived among us for decades, he kept on hinting but they would not listen. They even tried to section him, but it didn't work, until finally, things changed when he graduated with Hons at Brentrose University in Science and Medicine. There were two more in his family, a brother and sister, with his mother and father, she always knew he was different and he was different, because when he was born, there was a very violent storm which lasted from the time he came down from the alimentary canal to when the nurse held him and put him into his mothers' arms. The only difference between him and the rest of the babies, when it was time for them to be chipped at birth, the storm blanked out all of the power.

John Patrick Denham, named by his god father, his parents were from Irish immigrants, they already had two children before they moved to New Jersey, John Patrick Denham was the last and the only one with a middle name. All his life he was known as J.P. In biological terms, he was the son of Margaret and Thomas Denham, but they knew he wasn't like them, there were too many clues.

J.P finally graduated with Hons and moved away from the family home. The message was very clear to him, he had warned everyone, but no one listened or even cared. The year was approaching, 2450, a very mild December morning, when J.P woke up to a message on his radio wrist watch, 'It is time'.

He didn't live like the rest of them, he rented a run-down apartment across from the service station, he chose not to eat the foods for he knew the food that was process, made the humans brain-washed to do evil works. (It was a way to control the minds by the higher ranks).

J.P made sure he had a fridge filled with mineral water, even bathing in it on odd occasions. On the morning of 4th December, 2450, he woke to his alarm on his watch, as he looked at the written words, he got up, walked towards the window as if expecting a visit.

He knew who they were and what they wanted, he started to get ready, packing as many bottles of water in to his bag along with a few canned fish and a flash-light. J.P often wonder why he was chosen, the reason came to him in a dream, what he dreamt was about the apocalypse and of men coming down to earth to change, everything.

He sat down on the porch, drinking a stiff whiskey with mineral water as a chaser and looking out to the horizon, it was a quiet morning, the same old things happening each day. The Assistant at the service station attending to customers and always getting into an argument with them. There were always a queue outside the diner, the food, he thought was atrocious, stale, foul and greasy.  The roads and the pavements were never maintained, wide cracks and pot holes, and decomposed pavements, J.P knew of the signs and knew this was going to be the end to civilisation. He even looked at his own apartment, the owner never charged him much, and allowed him to get on with his business, it was a two-storey apartment, steel stairs for an escape route, a very dark reddish colour brick, and long thin windows, when inside the apartment, it always feel dark and dingy. J.P kept the lamps on all day and night.

J.P checked his wrist-clock again, no further messages, he worked but only for a short time to keep his funds intact. This was a waiting game for him but the not knowing had its' limitations.

The next door neighbour had a dog who kept on barking, whenever it saw J.P, it would stare and then twist its' head to a side and would make sighing noises until the owner came to collect it from off their balcony.

It was the same with children and babies, who would look at J.P differently and smile. J.P knew that not all of the humans who existed on earth were humans. He knew that even when he happened to look at the Daily Info. the things that were being done to others or for some courageous act that would have been performed, will not be a human being, in fact, they would have some traces of alienation in them. It was taking awhile to get contact, he was told the contact will be from earth and he had to be patient.

This waiting game JP was not use to, so he continued to keep a low profile, keeping his suspictions of everyone he came into contact with at risk, JP knew within himself, that once he let is guard down, then that would be it. He was so cautious as he began thinking of a former colleague he knew, he advised him what to look out for, sadly, that colleague let the planet under suspitious circumstances. JP was determined the same will not happen to him, instead, he went back inside and grabbed another bottle of the hard stuff, as he sat with his boots perched on the old table and still looking down at anything that did not look humane.

JP, had nodded off, he weren't sure how long, but he awoke to a loud knocking to his front door, JP quickly got up knocking over the whiskey bottle, he grabbed his weapon and put to the back of his trousers and yelled at the door,

The voice behind the door was muffled, but he could faintly hear,

The voice was pleading, JP wasn't sure whether to trust his own intuition or just tell the person to go away. He opened the door, slowly, being very careful not appear in front of it, he could see a figure dressed in silver, most like a jump-suit, it did not seem strange to JP, the person spoke again,

"Are you ready, we are waiting for you!"

JP still did not appear to the stranger but continued to answer him,

"Where are we going?"

"I cannot say, but you must hurry before they arrive."

"Are you ready?" was all the voice kept on repeating.

JP decided he will throw caution to the wind, and present himself to the stranger.