The Shop Under the Hedge

Submitted into Contest #19 in response to: Write a short story about a shop that takes place over a span of years.... view prompt

The shop was built in the hedgerow by Mr. Hornberg’s field; a neat shop with brass trimmings on the door and a velvet cord bell pull, even though the sign said to step right in. The little doormat was very new and bristly and the word ‘Welcome’ had been put on with fine dark paint that crackled when you stepped on it.

When the door was opened, a string of red and blue bells tinkled softly, hanging down from the ceiling. Also hanging from the ceiling of thick wooden beams were shining copper kettles, painted every color you could think of, dishtubs, little iron coal hods, canary cages, and lots of other things that looked better in the air than set on a shelf. But the shelves were marvelous too. The windows cut in the front and back ends of the store didn’t do much for lighting up the middle, so in the center of the shelves was the lantern display; twenty lanterns hanging from the ceiling, all lit, in all shapes and sizes and patterns. It was safer than having them lit on the shelves, for someone might tip one over. On the shelves sat bath towels and cakes of soap, pink, green, and yellow, shaped like stars and moons and seahorses. Cheeses sat in one corner, a damp, strong smelling corner where the cheeses were piled in mounds, wrapped in cloths, and when a customer wanted to decide which to buy, a set of cut cheeses were produced and small yellow or brown or white wedges were hacked off and handed over to be sucked and chewed and thoroughly tasted. Old Mr. Twaddle Tom, a venerable sea rat, (at least he said he’d been to sea, though some doubted it), came in most every day and sampled every sort of cheese and then decided not to buy any “right now.” He occasionally bought a paper of buttons or a matchbook, but never any cheese.

The middle shelves held writing paper and ink and long sticks of sealing wax and hearthrugs and pokers and packets of seeds and rakes and hoes in the summer, bells and colored balls and strings of little lights to hang around your door to the light the way and snow shovels if it was winter.

The back end of the store, away to the right of the windows, where it was darkest, held books. Shelves and stacks and piles of books bound in red and gold and green and purple leather with gilt letters from which most of the gilt was worn away. It was always dusty, no matter how often Cherry Blossom Woodmouse, the owner’s daughter, dusted. You could usually find some young animal under one of the shelves reading by the light of a hand lamp, a sticky lump of maple sugar candy in one paw, sneezing softly at every page turn.

It happened like this: When Mr. Woodmouse was a young fellow, back when no one called him Mr. Woodmouse, but merely Ed, while the ward Woodmouse part hung on at the end and waited until he grew into it; Ed went out into the wide world. He had grown up in a forest, and he wanted to get out in field country. His fellows deemed him wild and reckless and warned he’d come to no good, but Ed(ward Woodmouse) put on his best blue sweater and brown cap and his best boots and set out.

He traveled through woods and rivers and met bears and otters and every sort of folk, some friendly and some not, until at last, after many adventures I cannot tell here, he came to a field. He sat down by a great hedge to wipe his face and eat a piece of cake he’d been keeping. The sun was hotter without trees. As he sat, looking down at the holes in the knees of his corduroy trousers and the cracks in his boots, a man came walking by, studying the hedge, and whistling a tune that changed key every five notes. He wore large overalls and tall rubber boots and he needed to decide either to shave or grow a beard. He came closer to the mouse sitting by the hedge, scratching his head and frowning and still whistling.

“Hello,” Ed said, not wanting his tail trod upon before the man became aware of his presence.

“Hello!” The man said, looking down at him, “What are you doing there, my good fellow?”

“The sun is very hot and I’ve come a long way and this is a lovely enormous hedge.” Ed said, digging the toes of his battered boots down into the grass.

“I’m just passing through,” the mouse said, “but I would be happy to work for a while.”

“Good!” said the man. “I want a hole made in this hedge, here at the bottom, going straight through.”

“How big?” Ed asked, looking at the hedge, which seemed to him like a denser version of the forest he’d left.

“I’ll check on you every now and then. You just keep making it bigger ‘til I say. What’s your name, mouse?”

“Alright, Ed, my boy. I’ll go and fetch you some clippers.”

Mr. Hornberg, (for that is who he was), soon came back with several pairs of hedge clippers and a small ax and saw. Ed took off his cap and went to work. He worked all the rest of that day and Mr. Hornberg let him sleep in his barn loft at night, which was much nicer than ditches.

For the first several days Ed worked, sawing and hacking and clipping, climbing up the bushes to reach higher, Mr. Hornberg came by every now and then to look, but after the third day, Ed didn’t see him anymore. He kept at it; eventually fetching ladders from the barn until stepping into his hole was like entering a cave fortress.

At last, after several weeks while Ed was deep in the hole, a proper tunnel by now with wide openings at both ends, he heard a great thudding outside. He climbed down from the ladder he’d been standing on and then he felt the thuds through the ground as well. He ran to the opening that looked over Mr. Hornberg’s field, and there he saw Mr. Hornberg himself, running as fast as he could, puffing and shaking the ground with his mighty boots.

He pulled up short by the mouse and stared. He stooped a little, only a very little, to look inside.

So that is how Edward Woodmouse came to build a store under the hedge. It was a small store, but a surprising number of things could be made to fit inside. Mr. Hornberg had been suddenly called away on Important Business one day, and never thinking to send word for the young mouse to stop, was greatly surprised on his return to hear that Ed was still at it. When Ed heard Mr. Hornberg say a store could fit under the hedge, he saw visions. He saw it all—a door in the hedge, the storefront mostly grown over, warm and protected in winter, cool and dry in summer. He at once proposed the plan to Mr. Hornberg, who thought it was very funny, and gave him the tiny plot of property as his wages. Then he hired him to make a smaller hole in a different part of the hedge for the culvert he’d had in mind.

Mr. Hornberg helped him greatly through all of it, hiring him when he had jobs, or lending him money until he could work for it, and Ed built his store, one beam at a time, under the hedgerow.

He met a little gray mouse who kept flowers behind her ears, but was too shy to speak when he tried to talk to her. He heard that she liked to read, and promptly installed the book section. She would creep in quietly with a group of other animals and disappear into the books. He left her alone for a long time, but by and by he drew her out, reading all the books he saw her touch, recommending ones he thought she’d like, and at last he gave her the books and half of everything else he had.

Edward Woodmouse never saw the wide world as he’d planned, but he didn’t seem to mind. He sat behind the counter each day, passing a word with a squirrel here, a badger there, humming and running his paws over the pages of the catalogues, planning, while his wife sorted books on their table at home, and Cherry Blossom arranged the counter with painted tin whistles, peppermint paws, honey sticks, and little animals carved of dark wood. When she was done, it was like a whole little world, there in the shop. 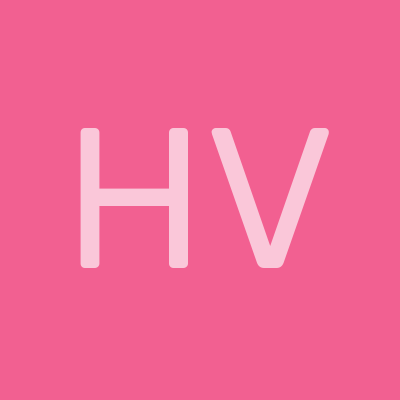 I loved this little story. Your descriptions are perfect! This needs to become a book for kids (and adults).

I love the Beatrix Potter flavor running throughout. This reads like an awesome children's book. The kind that has rich illustrations on every page that demand to be savored. Well done. My only suggestion would be to break your paragraphs into smaller pieces for ease of reading. :)

Thank you so much! I do have trouble with writing bulky paragraphs; I'll work harder on that in the future. :)

You did a very good job! The writing style is perfect for the scene; it made me feel all warm and cozy inside :)

Thank you! I appreciate it. :)

When you say a shop was built into a hedgerow I’m instantly thinking of The Hobbit or Narnia. Hopefully the Hobbit. Put a shirt on Mr Tumnus, we don’t need to see that in the cold. “ copper kettles, painted every color” how do you know for sure they’re copper then? They could be copper plated and you’re getting ripped off. “ a venerable sea rat” is he actually a rat? Is this like the Redwall books by Martin Jaques? I loved those. Well that was very Redwall, nice.