Where the Children Used to Play

They couldn’t climb, so she knew she was safe, even if only temporarily. Mary let the sunlight fall upon her face, closing her eyes in the warming glow. She knew she should be doing something, as opposed to the nothing she was currently doing, but did it really matter that much, in the grand scheme of things? It wasn’t as if there were many people left to judge her, any more.

The rough square that had been sawn into the boards offered her a perfect view of the lush green trees swaying in the wind and the endless cobalt blue of the oceanic skies beyond. The sun sat full and heavy in the sky; pregnant. The stifling heat that had stolen her breath and dampened her brow with perspiration, however, had mostly abated from the day with the arrival of a gentle afternoon breeze, which rustled the leaves. Husshhhh. If she focused, she could pretend that it was the only noise she could hear.

Mary was sitting in the drunken rectangle of light inside the treehouse, the rough, unsanded wooden floor warm and cosy beneath her skin. She’d gotten a splinter in the palm of her hand when she’d sat down, but Mary didn’t let that spoil the oasis for her.

The rope ladder was coiled like a snake at her feet; she’d pulled it up after she’d climbed up. They couldn’t climb, she was certain of it, and yet she’d pulled up the way up all the same. Mary briefly wondered whether she should let it down again, in case somebody else needed it, and then thought better of it. She’d hear the screams if someone was nearby and in trouble, and could always drop it down again at a second’s notice. Best leave it up. Just in case.

Mary opened her eyes and let her gaze wander around the interior of the treehouse. She’d watched them build it, many moons ago. Dave had helped them — she’d stayed out of their way. It was a bit of a boys’ club, granted, but it was special bonding time. Time that you couldn’t get back. And so, Mary had left them to it, happy to be relegated — only temporarily, she wouldn’t have put up with that it the long-term — to the role of a fifties’ housewife, bringing them cookies and brownies and fresh batches of lemonade or iced tea.

Dave had handled the more dangerous of the tasks, namely sawing the wooden planks, sanding off any particularly offensive jagged edges, and doing the hammering and nailing. He’d also made sure that the damned thing was secure and wouldn’t collapse on their heads or break beneath their weight, dropping them from the branches like ripe fruit. The boys had a go at everything, mind you — Dave was insistent on that. “It’ll be good for them to have an idea of how it all works. I’ll make sure that no thumbs are hammered, Hon, don’t worry,” he’d told her, the evening before the highly publicised commencement of Project Secret Base (the children had named it themselves).

Mary’d been slightly nervous at first, and kept coming up with excuses to come checking up on them every five minutes or so, but when she saw how much they were all grinning and sweating, and when she saw Dave attentively showing Benjamin how to properly hold a hammer and consistently hit the nail, she realised she’d been fretting for naught.

Dave had wanted to split the building into several days over the weekend, but the kids had been too excited to sleep, and so they’d worked well into the night (and well past the children’s bedtimes) to get the thing finished. Mary had sent Dave around to all of the neighbours the next day, in order to profusely apologise for the banging and clattering and whispering and laughing, but nobody seemed particularly annoyed, and for that Mary had been incredibly grateful. In the spirit of her temporary adoption of an outdated mindset (she’d enjoyed joking with Dave — singing James Brown’s ‘It’s a Man’s Man’s Man’s World’ whenever she brought him something, dressing up like Alice Kramden from The Honeymooners, and constantly offering a disturbingly-accurate Stepford Wives grin, whilst whispering, “If I don’t stop smiling, I’m going to start screaming,” through gritted teeth), she baked an apple pie and delivered the steaming slices to the neighbours in the vicinity of the boys’ cacophonous racket, just to say, “Thanks for not telling us to shut the hell up and go to bed.”

Mary grinned thinking about those times. Dave had found her ironic humour hilarious, but had been a tad worried that some people wouldn’t get it and would actually accuse him of being a chauvinistic pig. She hadn’t cared in the slightest, however — she’d found it funny, and that was all that really mattered.

With a fading smile and a heavy heart, her eyes slowly traced the endearingly crooked treehouse interior. The walls were adorned with posters of cartoon shows and videogames and heroes and protagonists, with a few Machiavellian-looking villains thrown in for good measure, torn from the pages of kids’ magazines, whilst bare sections of the brown wood were peppered with holes and spare thumbtacks and persistent bits of Sellotape; ghosts of fads long-gone. The characters within stared at her from the confines of their papery prisons, eyes judging, accusing. Mary glanced away, unable to hold the stare of the fictional characters.

On the floor, stacked — more neatly than anything she’d asked them to do — were towers of dog-eared magazines for boys, the covers covered with cartoonish green splats and brown splodges, ridiculous fonts declaring “the GROSSEST mag for boys!” amongst other things — such as game and movie reviews, stories, and other stuff that little boys liked between the ages of eight and fourteen. Mary grinned to herself, wrinkling her nose; they knew their target demographic all right.

Scattered here and there, juxtaposed with the almost fastidious ordering of the comics (Mary had no doubt that they were stacked according to date), were little plastic toys. Monsters, aliens, superheroes, hilariously OTT vehicles that Mary thought would be incredibly impractical to drive, magnifying glasses, disgustingly hairy balls of Blu Tack, unwound paperclips and stretched out springs, bouncy balls, a roughly cut in half golf ball (where the hell did they get that?), and other miscellaneous treasures that the children had collected over the years.

Her gaze returned to the window and she sighed. It was the world-weary sound of someone giving up, of someone who’s got the weight of tragedy squeezing her chest and tightening her lungs. The sun had finally begun to set, and several thick grey clouds had rolled up from behind the horizon. The sky was burnt a pinkish-orange, the overcast spectres above turning a marvellous shade of purple, like a bruise. A storm was coming, she knew. Mary could feel it in the air in the increasing winds, could smell it on the breeze — the scent of petrichor-to-come.

Now that she was in shadow as the sun was bidding adieu, Mary shivered and pulled her cardigan closer to herself, wishing she had something longer than her hot-weather shorts she’d got on. The thought of venturing back down and into the house had crossed her mind, but she’d quickly pushed it aside. It wasn’t worth it. Better to be cold and uncomfortable than to be dead.

Mary looked up at the roof of the treehouse. It wasn’t brilliant, but it would do. It was better than nothing, she supposed. There were a few gaps between the boards, here and there, but for the most part, she had cover from the upcoming rain.

The sound of a water droplet landing on wood startled her, and for a moment, Mary thought that the storm had crept up on her faster than she had expected. After a split-second’s investigation, however, she quickly realised the noise had simply been one of her own tears, dropping onto the floor between her crossed legs. Trying and failing to suppress a sob, Mary lay down on the floor of Project Secret Base, pulling one of the plastic toys towards her as she did so.

The toy in question was a stupidly-muscular (So, boys also have unrealistic body expectations) man with long blonde hair. He was wearing nothing but a loincloth, and in each hand he held a sword that was as tall as he was. She vaguely recognised the character, but couldn’t remember his name.

“You’ll protect me, won’t you?” Mary whispered to the figurine. She moved him about, raising and dropping his arms to simulate combat — the plastic joints squeaked quietly. “You’re not scared of anything, are you?” Mary could barely make it to the end of the question, her voice was so thick with tears.

Mary scrunched her eyes shut, hating the dampness that coated her cheeks, powerless to stop it. Somewhere, overhead, a seagull was flying and cawing its song, even though they lived miles away from the coast. Husshhhh, said the ocean waves, hussshhhh.

Mum, are you scared of anything?

Nope. I love your sandcastle by the way, what’s it called?

Both great names, I love ’em both.

We’ll make another — a neighbouring one — and call that one Fort Danger!

Not scared of anything. And no, only of losing you boys. You’re my everything!

Mum, can we get ice-cream?

Slowly, without even knowing it was taking her, Mary fell asleep, cheeks still wet from crying, a dampened sob occasionally hiccupping in between the regularity of her breathing. She drifted off, feeling the sand between her toes and the sun on her skin and the joy in her heart.

She slept there, curled up, plastic figurine pulled in close to her chest.

In the place where the children used to play.

Wow, I loved reading it! I love the way you write the descriptions; it is so vivid! Would you mind checking my recent story out, "Orange-Coloured Sky?" Thank you! 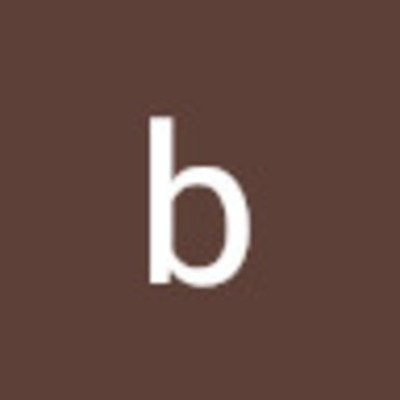 Brilliant story🤗 your detailing is superb. Love how i connected with your character, jotted down a few notes myself👌

Enjoyed the read. The more descriptive the more you can picture the story. Well done