Submitted into Contest #16 in response to: Write a rags-to-riches story.... view prompt 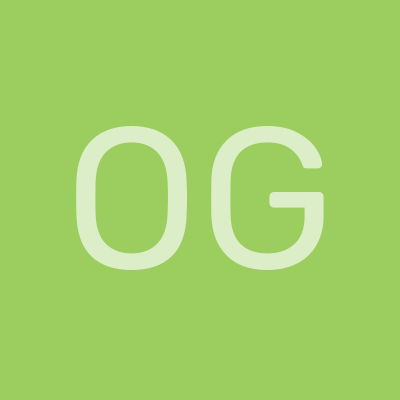 For many, when they think of the word Hero, the first person that comes to mind would probably be a war veteran, a superhero, or maybe a good Samaritan who saved them from drowning when they were a kid. For me, I can proudly say my hero was, is, and always will be, my Father. I didn't always feel this way about my dad, in fact I can still remember times as a child when I despised my father for trying to instill in me, what I know now were life lessons, but what I saw then as never-ending lectures of things "I already knew about". Only after many years of ignoring my father's words of wisdom and consequently having to learn those life lessons the hard way, was I able to truly understand and appreciate all of the things my father tried to instill in me. He taught me everything I know from my basic mannerisms, to having a moral code and principles in which I live by to this day. My Father was born in a small town hidden away between the Pacific Ocean and the rugged Mountainous terrain of Jalisco. For some, its better known as Puerto Vallarta, a popular vacation spot with beach side resorts and pine coladas, for others, including many locals, my Father, and his nine siblings it was very far from being paradise.

Growing up poor with a single Mother and nine brothers and sisters all living under the same tin roof, he was introduced to struggle and adversity at a very young age. My Father used to work from dawn to dusk in a number of farms and labor intensive jobs as young boy just to help his family get by from day to day. His childhood quickly came and went and was overshadowed by the desire for a better life, which in turn transitioned him into adulthood at a very young age. As he bloomed into adolescence he came to the realization that opportunity and resources were very limited here, and if he wanted more for his family and his future he needed to find a way out. By this point in his life he had heard stories of brave men and women making the treacherous journey up north in search for a better life. He contemplated the idea before, but even if he were to somehow find a way out, he couldn't take everyone with him. It would mean leaving the life he knew behind, his family, his pets, everything he's ever loved, and start all over again in a completely foreign environment. "Is it really worth it?" He would find himself pondering this question on many sleepless nights. Not only was there the burden of leaving loved ones behind, but the many dangers involved in a journey such as this, were enough to scare a world renowned explorer away, let alone a 15 year old kid.

Due to a series of fortunate events, and a lot of hard work and determination, my father was finally able to travel up north and across into the Land of Dreams, like he always dreamed of. (No pun intended) After giving it much thought he decided he wouldn't let his fears and doubts control his future, instead he would take matters into his own hands and go on the perilous journey up North with an open mind and an eager heart.

His first few years were wisely spent assimilating to his new environment. He quickly learned new cultural cues, studied and mastered the English language, and strived to achieve new goals each and every day. He was able to graduate high school, and be the first in his family to go to college. He was working his way through college while also being married and raising 2 kids all by the age of 23. After receiving his bachelor's degree in Accounting from an accredited university in Chicago, he then went on to obtain a Master's degree as well. Now he is a Chief Financial Officer downtown and does pretty well for himself. He took us on a family trip a few years ago to Puerto Vallarta, this was a special trip for him especially since he was able to see how his life came into full circle. From Rags To Riches, he went from being a poor kid travelling down a dirt road, to an accomplished businessman, an incredible father, and a wonderful husband. So whenever I hear the word Hero or Idol, I don’t have to imagine a superhero or think of a decorated war veteran, I’m one of the lucky few who can say they've met their superhero.

I feel extremely fortunate and blessed to have been able to witness and be a part of such an incredible person's life. Who was able to accomplish so much with hard work and determination. Actions speak louder than words, that's what my father always thought me. He is a man of wisdom and knowledge, and took every opportunity he could to try and teach me something new about life, which I will always be grateful for. If I wouldn't have witnessed this man's life journey with my own eyes I wouldn't have believed it either. Their aren't enough words in the English language to describe how much he means to me, but if I had to pick just one I would say, Hero.

Hi! This is a great example of a rags to riches story. I think you are a wonderful writer and a wonderful person to be able to see things from this perspective, whether it’s a life story or not. It was very encouraging and I would read a book like it. :)

Thank you so much for the feedback, I'm actually working on a book about this subject matter now, maybe a type of memoir so be on the look out for that. I just need to find a publisher and get a few other things figured out.