Blessed Are the Children

Submitted into Contest #5 in response to: Write a story about someone striving for a "comeback."... view prompt

"How do you get to Carnegie Hall?" Mother asked for the zillionth time.

A collective cheer erupted in the silver Honda Coupe. Behind the wheel, Father asked, "And WHO exactly is performing there this December in that August and hallowed hall?"

"I am, Daddy!" Latoya jumped excitedly from her seat.

Mother, in the backseat beside Latoya, gave her daughter a big hug. "Oh, Latoya, we're so proud of you!"

Latoya's parents, both classical music teachers, recognized their daughter as a child prodigy early on. She began playing piano at three-years-old. At seven, she could perfectly reproduce on the piano almost any song, even after hearing it just once. Her exceptional talent had spread far and wide over the next three years, culminating in a VIP piano recital at Walnut Creek's Lesher Center for the Arts earlier that evening. After the recital, they were met backstage by Sanford Weill, the Carnegie Hall President, who personally invited them to play in Manhattan this 23 December, six months from now.

Father beamed. They were driving on Highway 4 East to their home in Antioch. "Now, Baby Girl, remember not to forget us when you become rich and famous. We just may need to borrow a million dollars from you every now and then."

Latoya giggled. "Oh, Daddy. You two will always be..."

"LOOK OUT!" Mother screamed. A diesel truck from the next lane had a sudden blowout. It lost control and slammed into the driver's side of their car. The Honda rolled over several times before smashing head-on into the concrete barrier wall.

Latoya awoke. At least, she thought she had. She could hear snoring nearby, but it was too dark to see who it was. "Hello. Is there somebody there?"

It took Latoya a few moments to place the voice. "Is that you, Uncle Steve?"

Latoya stretched her arms wide and yawned. "Yeah, I guess I'm still a bit tired. And achy everywhere. Can you please switch on the lights, Uncle? And where's Mom and Dad?"

"Latoya, you're at John Muir Hospital in Concord. And the room lights ARE on."

"I've got some bad news for you, honey. There was a car accident. You've been in a coma for the past three months. The crash affected your sight. I'm afraid the doctors said..." Air Force Captain Steve Rogers took a deep breath before continuing in a cracked voice, "They said you're blind."

Latoya was momentarily shocked into silence. She was condemned to live the rest of her life with one of her greatest fears. "Uncle, I'm ascared of the dark. I want Mommy and Daddy."

Latoya covered her face with her hands, her grieving sobs were heart-wrenching. Rogers held her until she eventually got hold of herself.

"Umm, Latoya. I need to tell you something else. Both your legs were crushed in the accident. The doctors had to amputate them."

"What you're feeling is known as 'phantom limb pain.' Apparently, one could still feel sensation in one's legs, even though they're no longer there."

This was too much for Latoya. She feinted.

During the next two months, Steve Rogers commuted every weekend from his home at Travis Air Force Base in Fairfield to visit Latoya at Concord's John Muir Hospital.

Latoya's rehabilitation was, so far, a non-starter. She was so traumatized by her injuries and her parents' death, she frequently sat motionless in her wheelchair, unresponsive to any audio stimulation or encouragement. Some nurses whispered amongst themselves the word, "shell-shocked."

On Wednesday, 21 November, Steve Rogers visited Latoya at John Muir, greeting her with a kiss her on the forehead. "Hey, champ. Happy Thanksgiving Eve."

"How would you like to go for a ride?"

She shrugged and grunted noncommittally.

He wheeled her to the garage, folded the wheelchair into the back of the SUV, then drove west. Rogers rolled down the windows and took in a deep breath. "Ahhh. Some fresh air and sunshine will do wonders for you."

"Yeah, right. I'm just glad I'm blind so I don't have to see people's reaction when they watch the freak coming."

"Stop that! Have some self-respect."

"Now I know how Aunt Jemima feels. She's got no legs, either, you know."

Rogers sighed. They drove on for a few more minutes in silence. "Ok, Munchkin, here we are."

"Yeah, I'm about the size of a Munchkin now."

"Enough, already! You want to feel sorry for yourself? Fine. But do it on your own time at the hospital. Now you're on my time, so shut the fuck up."

"Let's get something straight, missy. We've tried it the doctor's way for two months, treating you with kid's gloves and walking on eggshells around you. Well, now it's my turn. Life as you knew it- IS OVER! So you'd best get your head out of your butt and screw it on right. Now then, just keep quiet and sit your black ass in that wheelchair. I want to show something."

Latoya was too shocked at her uncle's tirade to say anything.

She heard the whoosh of automatic sliding doors open and close as they went indoors. Then a walk down what she guessed was a long hallway, with intermittent conversations from people passing by. More doors opened and closed. The muffled sound of metal clanking rhythmically against metal. Lots of heavy breathing. And the pungent odor of sweat and... dirty socks?

Rogers said, "Welcome to the Martinez Veterans Affairs Clinic. This is the gym for the In-Patients. The soldiers here receive treatment for various disabilities.

"Near the back is Sgt. Thompson, he's a newbie from Afghanistan. His jeep hit an improvised explosive device (IED) last month on Halloween. It left him wracked with hemiplegia, meaning one side of his body is completely paralyzed. He's doing wheelchair pushups with his physical therapist. The driver of that jeep, Private Jenkins- she's like you; both her legs were gone from the knees down. She's at the weight machine, bench-pressing more weight than I ever could.

"To your right, is Lt. Daimond, a Viet Nam Vet. He's a quadruple amputee, no arms OR legs. But you know what? He's not whining or complaining. He's doing a version of Cross Fit exercises developed especially for patients like him. I also hear he's the biggest ladies' man in this medical wing.

"None of them are freaks or monsters. These are heroes and patriots. Every last damn one of them." Rogers placed his hands gently on her shoulders. "Just like you."

Behind Latoya's sunglasses, tears came unbidden from her vacant eye sockets. "I'm sorry, Uncle Steve, I feel so ashamed! I wish I was brave and strong like your friends. But I'm just a little kid! I'm no hero."

"No. You have a different kind of strength. Let me show you."

They moved through several more automatic doors before stopping.

"This is one of the lounge areas. I want you to meet this facility's oldest current resident, he's often seen reading here. World War II veteran, Gunnery Sgt. Anthony Stewart. Gunny, this is my niece, Latoya."

"Cap'n's told me lots aboutcha. Like me and you are both blind as a bat."

"Huh? But Uncle said you read here all the time."

"Yup, I do. Braille books for the blind. Just because you can't see, doesn't mean you have to give up the things you enjoy. It's an adjustment - starting over - but also very rewarding. I hear you're quite the pianist."

"Are your hands injured?"

"Good! Because we just so happen to have a piano sitting right here in front of you. What a coincidence! I haven't heard anything good coming out of these here ivory keys in years. But I bet you can rustle up a grand tune or two."

"Cap'n tells me you can play most any song after hearing it just once. Iff'in that's true, that means you don't have to look and actually SEE the keyboard, right?"

"Well..." Something like an electric shock passed through the girl. "Holy shit, you're right!" She slowly brought her hands up to the keyboard, her fingers lightly brushed over the keys from one end of the piano to the other, as if re-acquainting herself with an old friend. Lotoya smiled for the first time in a long time. Then she began to play.

After the full-house audience finished applauding, a man walked to the center of the stage.

"Ladies and Gentlemen, I'm Sanford Weill, and I'd like to welcome you all to Carnegie Hall. (short applause) Tonight, we have a very special treat for you. Perhaps it's fate that Christmas Eve will arrive in just a few short hours, because this next performer will have you believing in miracles.

Six months ago, a tragic accident befell a talented young girl. In one moment, she had lost almost everything. But with belief, perseverance, and intestinal fortitude, she found the strength and tenacity to fight her way back.

I am also indebted to her uncle, Captain Steve Rogers, who never gave up hope, and repeatedly told me that Latoya would make her appointed appearance tonight. True grit must run in the family.

And now, without further ado, I present to you the gutsy and beautifully indomitable young lady, Ms. Latoya Williams!"

Steve Rogers slowly pushed Latoya's wheelchair onstage to a standing ovation. Once in front of the piano, she waited for the thunderous applause to subside.

With tears rolling down her cheeks, she adjusted her sunglasses. Softly, she said into the microphone, "This is for my mother and father."

bianca, i'm always open to corrective criticism, so thanks for that. it's one of the best ways to improve. that and, of course, to keep on writing. ;-) 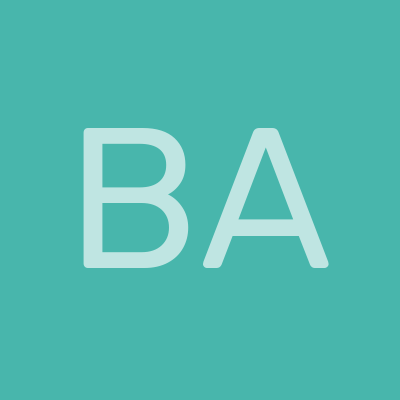 Just check your spelling now and then. Sometimes the plot went along too fast, but overall I liked it. Like Cecee said-Keep writing!

Your title drew me in. And you did not disappoint. Keep writing!