How to Punctuate Dialogue: 12 Must-Know Rules for Writers

The rules of punctuating dialogue, whether in fiction or non-fiction, are tricksy little creatures. Despite our exposure to hundreds of thousands of dialogue lines, writers aren’t always familiar with how to punctuate a scene where characters are speaking to each other. But this, of course, is by design.

With well-written dialogue, readers shouldn’t notice the periods and quote marks. Their function is to make the words easier to read and disappear into the background. In this post, we’ll take you through the basics of how to punctuate dialogue. By the end, you can be sure that your dialogue never trips over its own commas ever again.

Rule #1: Should you use double or single quotation marks?

“Hey Billy, I’m driving to the drug store for a soda and a Charleston Chew. Wanna come?” said Chad.

In British and Commonwealth English, you’re more likely to see single quotation marks as the standard.

‘I say, old bean,’ the wicketkeeper said, ‘Thomas really hit us for six. Let’s pull up stumps and retire to the pavilion for tea and biscuits.’

For the purpose of this post, we’ll be looking at US standards — in particular, the widely accepted standards set by the Chicago Manual of Style. With that in mind, let’s move swiftly on to the most common questions writers have about punctuating dialogue.

Do you use single or double quote marks for dialogue? Find out here.

Rule #2: Does the period go inside or outside the quote?

Would you believe this is the most common mistake writers make when punctuating dialogue? When completing a spoken sentence, the period always goes inside the quote.

You might see British editors occasionally place a period (or full stop, as they say) outside the quote marks. But in those cases, it is not used for spoken dialogue but for quoting "sentence fragments", or perhaps when styling the title of a short story like "The Gift of the Magi".

Rule #3: Does the comma go inside or outside the quote?

The most common way to indicate speech is to write dialogue in quotation marks and attribute it to a speaker with dialogue tags, such as he said or she said or Margaret replied or chirped Hiroko. This is what we call “attribution” when you're punctuating dialogue.

When the speaker is attributed after the dialogue, you insert a comma inside the quotation marks.

“Come closer so I can see you,” said the old man.

If the dialogue ends in a question mark or exclamation point, those pieces of punctuation would replace the comma.

“Why are you acting so weird?” Roshan asked.

If the speaker is attributed before the dialogue, there is a comma outside the quotation marks.

Where does the comma go in dialogue? Inside or outside the quote?

The primary purpose of a dialogue tag when an author is punctuating dialogue is to let readers know who is speaking. But sometimes, this can be achieved without using a traditional he said/she said tag at all. Instead, you can choose to break up a line of dialogue with an action beat. In these cases, the punctuation inside the quotation marks should follow conventional rules.

“How interesting.” Dad turned on his heel, like a TV lawyer. “If neither of you ate the cookie, then who did?”

Rule #5: Breaking up dialogue with a tag

Sometimes, writers choose to interrupt a speaker’s line with a dialogue tag before allowing them to continue. If the dialogue tag takes place between sentences, cap it off with a period. After the tag, resume the quote with the next sentence (which begins with a capital letter).

“I’m not opposed to change,” said Boris. “If Aunt Carol wants to cook chicken for Thanksgiving, I really don’t care.”

However, if the dialogue tag comes partway through a sentence, then it will be followed by a comma. There is no need to capitalize the first letter of the next quote, as we are resuming the previous spoken sentence.

“Whenever mother goes to Paris,” Tetsuo smirked, “she always stops at Ladurée on the Champs Elysées for a dozen macarons.” 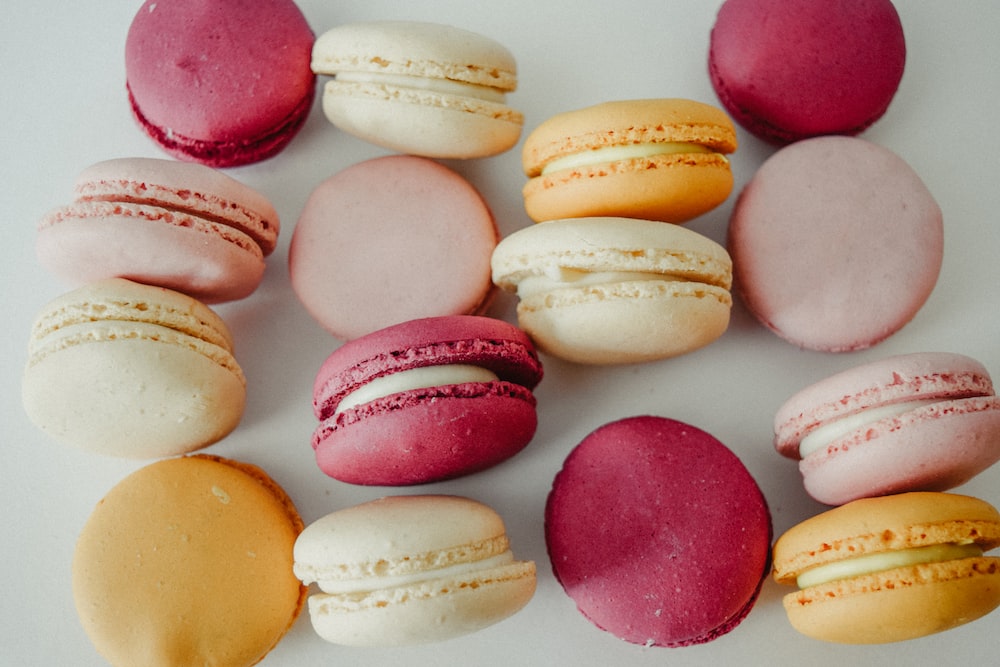 When a speaking character is cut off, either by another person or a sudden event, use one or two em-dashes (alt-shift-dash on your keyboard) inside the quotation marks.

“Captain, we only have twenty seconds before—”

It was already too late. A deafening explosion ripped through the ship’s hull.

“There’s no use talking!” he barked.

You can also overlap dialogue to show one character speaking over another.

Mathieu put his feet up as the lecturer continued. “Current estimates indicate that a human mission will land on Mars within the next decade—”

Check this out: "How to properly punctuate dialogue."

Often, you the writer/narrator will want to butt in with some narration in the middle of some dialogue. This might be to insert action or show a character’s reaction to what’s just been said. In this case, use the em-dash outside the quotation marks.

“In the blink of an eye”—the detective snapped his fingers—“the burglar was gone without a trace.”

“The president is dead”—the room fell silent—“and I’m the man who killed him.”

Rule #8: Dialogue that trails off

Sometime, people won’t finish their sentences, and it’s not because they’ve been interrupted. You can indicate the speaker trailing off with an ellipsis (. . .) inside the quotation marks.

Velasquez patted each of his pockets. “I swear I had my keys . . .”

An ellipsis can also suggest a small pause between two people speaking.

The Chicago Manual of Style requires a space between each period of the ellipsis. Most word processors will automatically detect the dot-dot-dot and re-style them for you — but if you want to be exact, manually enter the spaces in between (as well as before and after) the ellipsis.

In the course of natural speech, people will often directly quote what other people said. If this is the case, use single quotation marks within the doubles and follow all other rules of punctuating dialogue.

“What did Randy say to you?” Beattie asked.

“He told me, ‘I got you something special for Christmas and I think you’re going to like it,’ and then he left. Strange, huh?”

“I asked Gennadi if he thinks I’m getting the promotion and he said, ‘The boss pulled me aside and asked, “Is Sergei going planning to stay on next year?”’”

Quoting quotes within quotes can get pretty messy, so consider falling back on indirect speech. Simply relate the gist of what someone said:

“I pressed Gennadi on my promotion. He said the boss pulled him aside and asked if I was going to leave next year.”

Rule #10: A new paragraph when the speaker changes

This is one of the basic rules of writing. To make it easier for readers to follow what’s happening, start a new paragraph every time the speaker changes, even if you’re using dialogue tags to make it clear.

“Oh, nothing, officer. Just looking for my hat,” I replied.

The new paragraph doesn’t always have to start with direct quotes. Whenever the focus moves from one speaker to the other, that’s when you hit ‘enter.’ Here’s an alternative.

I scrambled for an answer. “Oh, nothing, officer. Just looking for my hat.”

Imagine you’re watching the dialogue play out in front of you in real life. Every time you feel like you would turn your head and look at a different character, either because they’ve started to speak, or you're anticipating their reply, that’s when you would start a new paragraph.

"Have you seen my hat?" Image: Jennifer Regnier

In all the examples above, each character has said fewer than 10 or 20 words at a time. But if a character speaks for more than a few sentences at a time, you might want to split their dialogue into multiple paragraphs. To do this, start each subsequent paragraph with an opening quotation mark and ONLY use a closing quotation mark on the final paragraph.

“Would you like to hear my plan?” the professor said, lighting his oak pipe with a match. “The first stage involves undermining the dean’s credibility: a small student protest here, a little harassment rumor there. It all starts to add up.

“Stage two involves the board of trustees, with whom I’ve been ingratiating myself for the past two semesters.”

Notice how at the end of the first paragraph, there are no quote marks. Of course, most writers will not want pages and pages of uninterrupted monologue so you may wish to break up these speeches with action beats.

It’s not uncommon for characters to hear exactly what characters are thinking, especially with close third person limited and omniscient narration. There are two ways to approach this. First, with indirect dialogue:

A crumpled ‘39 Cadillac lay burning at the bottom of Runyan Canyon. Richard knew only one guy in town who drove that model: his brother.

If you want to express the actual words he’s thinking, a lot of authors choose to use italics.

Richard spied the burning Caddy. There’s only one guy in town who owns that model, he thought. My brother.

Be careful to italicize the terminal punctuation when styling your internal dialogue this way. That being said, many authors will use quotation marks, when writing thoughts. The most important thing is to maintain consistency (which a copy editor or proofreader should help you with before publication).

Hopefully, these guidelines have clarified a few things about punctuating dialogue. Just remember: as long as you carefully consider your dialogue and test your words by speaking them aloud, perfect punctuation should easily follow.

If you have any thoughts or questions, leave a message in the comments below.

13 Responses to “How to Punctuate Dialogue: 12 Must-Know Rules for Writers”