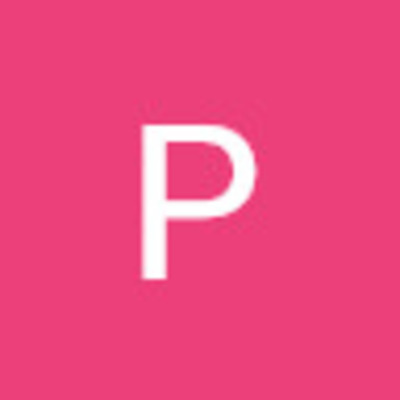 Author on Reedsy Prompts since Sep, 2021

“The Island as Woman” by Patrick Samuel

IMadiana wears her hair long like a lioness and stares like one at times. The tiny shack she shares with her brother is hard to find, guarded as it is by an army of trees. Some say the trees are the bodies of men she burned down when they got too close to the flame. At night she comes out and makes them dance around her.There are trees south of the island that will burn those foolish enough to lean against them. Being up north, Madiana does the burning herself.Lying in bed, I dream of her dance.

Daniel folds his clothes carefully, putting them one by one in the backpack so they won’t crease on the trip back. It’s the mirror image of the ritual he did exactly one year ago, he reflects, when he had been preparing to leave home.“One year from now, it will be over,” he had thought then, aware he didn’t know exactly what “it” would entail. His younger, more innocent self thought that at worst “it” would mean twelve months of drudgery and annoying nonsense, to be put behind and forgotten as soon as they wer...

[Warning: Language. Mention of Dead People.]You know those films where people are too stupid to realize they’re dead? I’ve got the opposite problem: people are too stupid to realize I’m dead.“What do you mean by ‘dead’?” Her voice like an ad for benevolent neutrality.“I mean dead as opposed to alive. How many meanings are there to ‘dead’?”“It can have several meanings” says she, ever so cool. “Why choose this one?”Note to self: never get into a war of words with a shrink.

“Everybody lives for the music” by Patrick Samuel

[warning: it wouldn't be a story without sensitive content.]I turn on the ignition. When I feel the motorbike vibrating under me, I tell myself: this must be what sex is like with someone you truly love. Not that I would know.I make the engine roar, once, twice, to drown out all the thoughts I know are coming. When that’s not enough, I press “play” on my Walkm...

“The Journey Home” by Patrick Samuel

“Are you a believer?” asked the monk who showed him to his room. Before Thomas could answer, the little man added hastily: “I’m sorry, it’s none of my business.”Thomas smiled thinly. “Actually,” he said, “I’m mostly here for the peace and quiet.”The monk nodded: “A good thing. Even mealtimes are silent here. You are of course welcome to talk outside of the monastery’s walls. But overall you’ll find silence a welcome break from the world.”Thomas couldn’t have agreed more.*“You won’t ...

“Southern Comfort and the Kindness of Strangers” by Patrick Samuel

(Warning: contains spoilers for A Streetcar Named Desire and The Glass Menagerie.)She stands proud and defiant, glass in hand. The tiara on her head sparkling, eyes burning with feverish gaiety. The stage lights blind her but that's the price you pay to dazzle. Though she can't see them, she feels the audience holding on to her every word, her every breath: the kind of communion you'd damn your...

“Have No Fear, Love” by Patrick Samuel

When she opens her eyes, all she sees is gray. The gray of a summer storm right before it breaks. Then she remembers that summer is long gone and that she must get up, no matter how much she longs to bury her face in the pillow and forget about the world for just a moment more.Making breakfast in the dark, to save the generator. Like a moth to a flame, her gaze strays towards the kitchen window and the garden outside. A beautiful garden despite everything, she tells herself. You'd never know anyone is buried t...

French guy, currently living in the City of Lights and wondering where they all went. At 10 I read Agatha Christie's "And Then There Were None" and realized I was alone in a big remote house on an island. The next year I read M.R. James' "Casting The Runes" and prayed I was alone in that bed. At 15 I discovered Tennessee Williams and realized I wasn't as alone as I thought. In my twenties I discovered James Baldwin and knew I would never be alone again. Some books I love so much I can't bear finishing them and keep starting over: City of Night by John Rechy A Choir of Ill Children by Tom Piccirilli Taking Lives by Michael Pye The Complete Ghost Stories of M.R. James Other favorites include, but not limited to: John Steinbeck, Thomas Merton, Saki, Oscar Wilde, Thomas Ligotti, Kathe Koja, Gemma Files, Joel Lane, Truman Capote, Paul Bowles, Elizabeth Taylor, Flannery O'Connor, Shirley Jackson, Patricia Highsmith, Robert Aickman, Scott Thomas (*not* the Kill Creek guy, but the author of "Cobwebs and Whispers", "Vale of the White Horse" and other superb collections of Victorian tales), Daphne Du Maurier, Lorraine Hansberry, Maya Angelou, Emile Zola, Guy De Maupassant, Ira Levin, Ruth Rendell aka Barbara Vine, Katherine Mansfield, Jonathan Carroll, Ray Bradbury, Richard Matheson, Maurice Zundel… and that's just to make it short. Nothing makes me happier than writing. Except cats, browsing bookstores and finding unexplored paths in mountains or elsewhere. Latest favorite stories from this site: - "UKRAINE in the Time of Rusalki (So We Don't Forget)" by Felice Noelle - "The Storm of the Decade" by Zack Powell - “Them Indiana Boys, On Them Indiana Nights” by Shea West - “Two Skeletons in a Snow Globe” by Amber Autumn

Southern Comfort and the Kindness of Strangers – read story

Have No Fear, Love – read story