Through the Sliding Door

The sun glared down at Aaron and Tommy, who stood in the midst of tufts of unkempt grass, whispering. Their eyes held a glint of mischief, as the heat beat down on them. Their gestures were big, and their smiles even bigger. They looked and acted like kings, kings who owned the backyard at least, and I was curious. Curious to their minds, which often brought them trouble. They were often confined to the backyard by my parent’s or Tommy’s because of the incident last summer when they had thought it a decent idea to steal oranges from Penny’s backyard. Penny had, of course, retaliated and snitched on them, which caused Tommy and Aaron to fill her jacuzzi with orange juice, and had earned both of the boys a punishment. Our moms knew the only way to keep the boys in order was by locking them away in our backyard, where they could only cause trouble to themselves.

Auntie, obviously, had told me to keep my nose away from them because they wouldn’t give me anything but consequences, but it never occurred to me that I should actually listen to her. So as I waited for the water on the stove to boil, I watched Aaron and Tommy through the sliding door. My breath stained the clear glass, and it seemed to me that they were living a better life than me, and I wanted to live it, so I constantly watched them.

Aaron had explained to me on more than one occasion that it was because he was my elder and had lived a good two years more than me that he had more fun than I did. He told me that I simply hadn’t lived long enough and didn’t deserve fun, yet. That I had to wait to go through trials and tribulations, which I, at the time, thought it meant adventures like in James Bond, before I could earn the prize of fun. Until then, I couldn’t play with him and Tommy, which hadn’t given me much of a bother in the past. I had grown accustomed to living with excitement through both of the boys.

But as the water began to boil, my eyes fixated on Tommy’s smile. I was growing restless. I couldn't handle watching them laugh. I couldn't handle their contagious happiness that seemed to spill over the edges. I needed to understand it.

I had never known someone to smile as much as Tommy, and the fact he was smiling because he was having fun with another child was alien to me. The kids at school had made me nervous and sweaty, and the other fourth graders often made rude comments, so I didn’t say anything to any of them. Much less smile at them. I wondered what it would be like if I tried to smile at them, whisper secrets, and play with them.

The kettle whistled. I whistled along. It was a melody. A sweet one. It matched the energy around me; nervous, as if something electrical was about to occur.

The kettle’s whistle quieted to the low hum of a person with a secret. That’s what it was like when I tried to talk to others. I wasn’t heard. My heart always beat too fast, and my mind strung through incoherent phrases, which I later learned was called anxiety. Social anxiety to be more exact, and at such a young age I didn’t know how to cope with it. I thought myself to be a freak.

Mother used to question me and my obsession with watching Aaron through the sliding door. She said that Sisi’s father had just built a new tree fort, and I could go over anytime, but I was quite content merely watching Aaron and Tommy. Auntie claimed it was because I was a lazy child and maybe part of that was true, whatever the case I didn’t feel like explaining. I didn’t feel like explaining that the only comfort I would feel with other children was with Aaron and Tommy, and it was because I was sure I was their friend. I had kept my eye on them long enough to feel like I knew them, and I was positive that made me a freak. How could you become friends with another person by simply watching them?

The water boiled over the top, and sizzled as drops of water popped into the fire.

Why had it taken me months of watching two children before I felt comfortable speaking to them, especially when one of them was my brother? Shouldn't it be easier? Shouldn't I be able to ask Sisi if she wants to be my friend, and be over with it?

The steam shot through the top of the kettle.

Freak. Was that what I was to be forever?

The kettle whistled. The water boiled. I slowly turned. My eyes found the barking kettle that was running on all fours. I tilted my head. Surely there was a reason why the kettle was acting up. It was because of the fire. Someone had to turn the fire down. Maybe my fire was burning too bright and I had to dial it back before it made me boil over the top, before it made me approach Aaron and Tommy, and ask them a simple question.

Maybe Aaron wanted tea, I knew Tommy liked tea.  Tea would be a nice conversation starter. I could tell Tommy and Aaron I wanted to be their friends. I could tell them I was tired of being a bystander.

My fire was burning too bright, and my mind was moving too fast as I was sure there was steam coming through my ears.

Was it right to ask to be their friends? Would they be scared? I knew so much about them, did they even bat an eye at me? My fire burned bright. I would just have to find out.

Carefully, I turned the stove off, and poured the scalding water into three cups, filling them with a Yorkshire tea that my mom loved.

The fire inside of me was warm, and at the peak of its heat.

I placed the mugs together on a tray decorated with floral patterns, and balanced the tray in my hands. The tray felt warm, a fuel to my fire.

I walked slowly out of the kitchen, my feet padding against the wood floor.

I cautiously turned to the sliding door, and my fire went out. Everything was pitch black. The electricity stopped, and the steam blew off. There was no one in the backyard. Aaron and Tommy had climbed the fence too escape their punishment a minute too early.

I didn’t know what to feel. A part of me felt relieved. And another part of me silently wondered if this was how it was to be between me and Aaron and Tommy. Them living. Me living through them vicariously. Relying on them to feel for me by watching them enjoy every second of life through our sliding door. Maybe it was better they were gone. It was safe inside the house. No one could reject me behind the sliding door, and it was always better to be safe.

I set the mugs down, and drank my tea. I could be my own friend. Maybe one day Aaron and Tommy would try to come and play with me. I'd say yes. They’d only have to ask me to a cup of tea, and that would seal the deal.

Awww Eisley. I just loved your little fourth grade protagonist. As someone who has and still does suffer from pretty intense anxiety, I could feel all her tea pot-y feels in my chest as I read. I felt so sad for her when the boys were gone, but absolutely love her resolve to win their friendships in her own way. Well done! 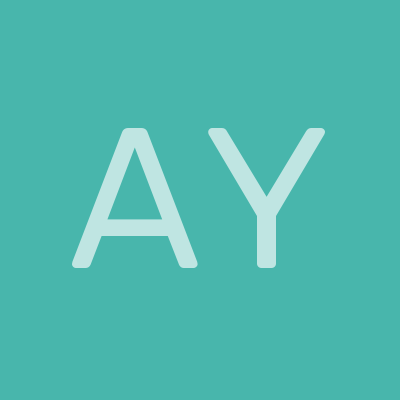 Your writing generated a lot of suspense! The narrator felt more mature than a fourth grader, which built into the characterization of him/her being set apart from her peers. I thought your first sentence would be a good standalone opening without the quote, but maybe I was thinking about "man" in a too limited way (adult man specifically was what came to mind). Thanks for sharing your story!

Thank you for you comment, and I will say I do agree with your thoughts. I had some trouble wondering whether or not the quote would add to the story or not, and decided to go for it, but I totally understand your point of view. I get how the quote could affect a reader's perspective, and change their perspective as well. Loved your comment!

Woo! You've got some heady psychological drama going there! Nice, tight writing. Totally feels like the main character is going to erupt like a Tongan volcano. I like that the voice of the protagonist is gender-neutral, making it easy for any reader to identify (or be terrified). The disinterest of the brother and brother's friend adds to the feeling of alienation. You could take this down a dark turn!

Thank you! I'm glad people can relate to this story.

Hello, comments and feedback are greatly appreciated, thanks!