Eyes in the Dark

Submitted into Contest #24 in response to: Write a sweeping romantic tale of two lovers who must overcome the horror of being hunted by an unseen foe.... view prompt 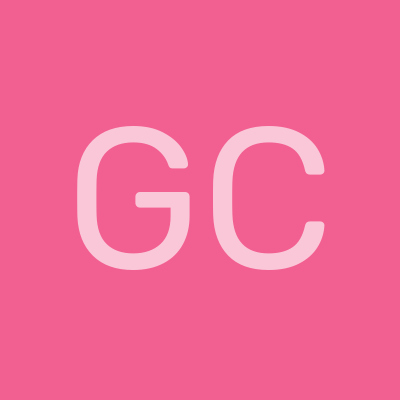 It was dark. The hollow throat of an abandoned military installation in the middle of the godforsaken deserts of Arizona. It had been Jack's idea to come here thought Isabel angrily, glaring at her boyfriend through the black. She was scared. The only light came from Jack's flashlight. She had dropped hers down a crevice a while back. That was about when she stopped having fun. Then they saw the killing floor.

There was an urban legend around their small town about a cartel that basically owned most of the nearby towns and used them to launder money and trade further into the United States. They dealt in weapons and drugs and the police that they hadn't paid off were too scared to challenge them. They had supposedly operated out of this abandoned base. One night, the old people said, a crazy man came into town begging to be arrested. He said he was a member of the cartel and that the devil was coming for his soul. Most said he had escaped when the next morning his cell door had been forced open, but others claim to have heard prayers screamed into the clear night. The cartel was never seen in that or any area ever again.

The killing floor itself was a sight to behold. The room had been sealed, but not locked. Jack had opened the door.

"Come on Izzy, he grinned. There's supposed to be some cartel money down here. It'll be fun."

She instantly regretted her adventurous impulse. The smell of rotting flesh hit them hard and they both screamed when Jack's light illuminated the carnage. Bodies stacked against a wall, barely recognizable as human. Their state was partly due to time, but a few years did not normally leave gouges in human craniums. Blood was pooled everywhere, dried like frozen puddles after a rainstorm. It coated the various weapons including a hand grenade that had been fixed into place by the black crust. There were gouges in gunmetal and bone alike. The pair only had a moment to take all this in before they heard a quiet growl from behind.

They didn't have time to scream, their feet were already rushing them back the way they came. A third pair of footsteps joined in the chaos and they felt something fly overhead and land in front of them. The door they were headed towards slammed shut. Isabel saw, barely illuminated by the furthest reach of Jack's light, a pair of eyes. They could have been human except that they were bright amber yellow and filled with hate. Jack must have gotten a better view of the beast, because he collapsed in shock. Isabel dragged him back, all the while begging him to stand up. He was too heavy for her and she could not see a thing because Jack had dropped his light. The girl pulled out her pepper spray and knelt by her lover's head.

Her answer was silence. She sat in the silence, effectively alone, for what seemed like a very long time, muttering to herself and staring at towards Jack. She placed her lips on his and, as if from a spell, he came to.

"I think I blacked out."

Suddenly Jack yelped in agony and Isabel felt him lay against her.

"My leg!" he yelled breathlessly. Isabel lunged for where she thought she had seen the flashlight fall. Her hand wrapped around it triumphantly and her heart sank at what it showed her. The floor was strewn with shards of glass from the door's porthole. When Jack had fallen, a piece had found its way into his thigh and he was bleeding rather badly. Jack saw it lay back with a groan.

She stood frozen for a moment. She couldn't decide what do do. She was panicking. Jack was supposed to have the answers! But she couldn't leave him.

She grabbed him again. Holding the flashlight in her mouth and giving Jack the pepper spray, she dragged him to the door. She reached through the porthole and unlocked the door. Jack's protests became less and less coherent as he lost more blood. She guessed it had been close to an hour when she heard the footsteps again. She looked down the hall and saw the glorious Arizona night. She doubled her efforts to pull her boyfriend to the door.

"Get out of here! It's coming!" Jack screamed with surprising clarity.

Isabel knelt by his head and whispered through tears, "Then I'll die by your side."

"Does that mean you'd... marry me?" Jack's attempt at a smile came out a grimace. Isabel nodded jerkily, trying to keep calm. He understood. This final confession meant nothing in the face of the devil they were about to meet.

They saw the burning amber eyes approach and sink down to look them in the eyes. It chuckled.

"Stupid kids. You're lucky I'm not hungry." he rasped.

The owner of the amber eyes was a man. He walked forwards and grabbed Jack by the collar of his shirt and tossed Isabel over his shoulder, paying no heed to her fists or screams. She heard pepper spray being used, but the man walked towards the open air without pause. He carried them into the light of the moon and over to Jack's truck.

He dropped Isabel unceremoniously in the sand and ignored her as she squeezed back against the hood. He held up his index finger and a sharp claw sprang out. He sliced Jack's shirt into pieces and used them to bind his leg and stem the flow of blood.

The creature that resembled a man laughed easily, "I thought you were part of that cartel. I should've known they wouldn't have come back". He stared deep into Isabel's eyes, "I know what you're wondering. It was me who destroyed those men in there. I hunted them and they chose to make their last stand here. I did give them a chance to run..." He trailed off.

Isabel could not look away from his fiery eyes, "Actually, I was... I was wondering... what.... what are you? She did not know where the courage to speak had come from.

"I am a demon who was raised by men. You can call me Blaze, but mostly I don't have a name. I was just here to get some weapons I had stashed when I heard the two of you. I didn't mean to scare you so..." He stopped as Jack moaned, "Ah, I sometimes forget how fragile your race is." Isabel fainted.

"Damn it! This is why you'll never have friends." The demon muttered to himself as he drove them to the hospital.

The couple married soon after and moved to Kansas where they hoped to leave their memories behind. Their neighborhood seemed normal, but the family across from them was slightly strange. They were nice enough, but kept odd company. They had an aura of danger around them as if they were used to constant fighting, even the child. One day, a man showed up at the house of these neighbors bleeding profusely and clutching his stomach. Jack only saw him briefly, but the look of despair in those amber eyes would haunt him forever. Whatever could make a creature like the man with amber eyes afraid must have been a horror beyond words.

Like the buildup of suspense and then the tone's shift and unexpected ending. Good read.