Submitted into Contest #167 in response to: Write a story about a character who can’t tell what’s real and what’s not.... view prompt 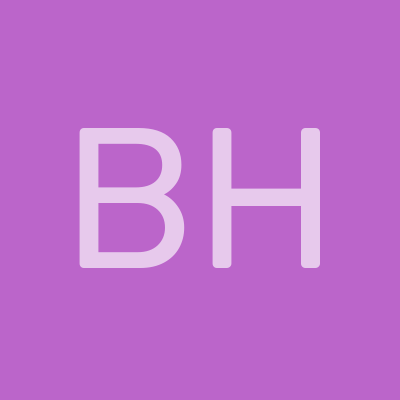 For an instant, she saw him again. Strong, muscular, but with slender copper arms gleaming from his T-shirt. He smiled at her, and she felt her heart race.

“Martha!” She jumped and turned away from the window towards the voice. “You’re going to miss the party, love! What? Aren’t you dressed? Come on, I’ll help you choose something sexy.”

Martha laughed. “How about we just try for decent?”, she replied. She glanced back at the window. Outside a single large willow tree swayed in the breeze on its hilly bed of grass. There was nothing else to be seen.

“I think this party is going to be hopping!”, said Natalie as she flipped through Martha’s wardrobe. “The band is already here and at least 50 people are going to attend - if not more.” Martha nodded agreeably. She didn’t want to disappoint Natalie, by revealing how completely unexcited about the party she was. It was always entertaining when Natalie came to see her, and Martha didn’t want to get on the bad side of this beautiful, vibrant young woman. Natalie pursed her lustrous rosy lips and tilted her head thoughtfully. “Hmm, I think this is the one,” she said pulling out an outfit from Martha’s closet.

Martha felt a pang as she looked at the outfit. She had bought that one in Rome. With him. It had been so romantic. Tossing coins in the Trevi fountain, clinking glasses of Chianti in a small restaurant while Italian musicians played their instruments around them. Buying her a red rose. She ran her fingers along the colourful fabric as the flood of memories filled her.

Natalie helped her change into the outfit and get ready. Focus on the now, that was Natalie’s motto. “Don’t waste your life pining over the past. You have to enjoy today,” she often said. Together they made their way to the party. Rows of chairs were assembled facing the musical ensemble. Tables filled with drinks, cakes, and open-faced sandwiches lined the back of the room.

“Wow! This is quite a spread!” Natalie exclaimed helping herself to some nibbles.

“Martha’s here!” A few of the other guests, gathered around squeezing her hand or giving her a hug. “Why don’t you sit next to me?” asked one of the ladies as the music began.

“Will there be dancing?”, asked a suited man who had obviously dressed to impress.

The man gave a mischievous, yet hopeful grin.

“Oh, my boyfriend’s here!” Natalie excused herself from their company. Martha turned to see a dark-haired young man with a ponytail riding up on his bicycle outside the glass entrance door. He hopped off, leaned the bike on a side wall and clasped Natalie against him, kissing her flawless skin.

Bike touring, camping, travelling to tropical islands, dancing on starlit nights. Martha and her love had done all these things. She wondered why it all had to be so brief. A few loops of the earth around the sun - and over. It was easy for Natalie to tell her to enjoy today, she had her love. And the boy - or young man rather - was clearly besotted with Nat. Martha watched as he slipped his arm around Natalie’s waist and walked with her into the building, his eyes barely leaving her face.

Martha turned back towards the musicians as they started to play with gusto. It was a nice event. She tried chatting with her friends, but the music was too loud for any of them to hear each other. They sat back and gave the musicians their full attention. The event had certainly drawn quite a crowd. Most of the seats were full. Martha began to scan the rows of people in front of her. She knew many of them, but not all.

And then she saw him. He was sitting four rows ahead to her left. As she noticed him, he leaned forward in his chair and looked directly back at her. He was dressed in a white collared shirt, snazzy black suit jacket and elegant black trousers, but his bronzed skin and dark sandy hair were unmistakeable.

Martha felt the hairs on the back of her neck rise as she broke into a mild sweat. How could he be here? It was impossible. She hadn’t seen him in - what was it now - six years?

She pinched herself and looked again. There he was, still looking at her. His smooth tanned skin stretched across his square cheekbones, his full lips opening to reveal his white sturdy teeth as he beamed a smile in her direction.

She shook her friend’s arm with vigor. “Ow! What is it, Martha?”, her friend asked looking concerned.

Martha pressed her mouth against the woman’s ear. “See that man over there?” Martha pointed.

“Which one? Stan in the grey suit?” she asked trying to follow Martha’s finger.

“No, no! Not Stan. That one!” Martha pointed. “Four rows in front of us. The young man!” Martha tried to get her friend to look exactly where she was pointing.

“Hmm, I’m not sure who you mean. But maybe you can talk to him when the musicians are done playing?”

Martha gulped. Talk to him?

Her mind raced, her stomach somersaulted. It was all she wanted, yet it terrified her. Why had he come here? It frightened her to think about it.

The young man sat normally now, watching the musicians like everyone else. When the music finally ended, Martha stood up and made her way up the rows. Various people greeted her along the way, slowing her pace. She stopped at the chair he had been sitting in.

“Are you alright, Martha?” Natalie asked, appearing seemingly out of nowhere. She gestured to the empty chair Martha was standing over. “Do you need to sit down?”

Martha looked at her but said nothing.

“Everyone’s going to dinner now. Come and eat something. You’ll feel better, it’ll get your energy up.”

Martha followed Natalie and the crowd in a daze. She nodded and smiled as people chatted around her, but her mind was replaying memories of her love and their romantic times together. Some of the best times were actually the simplest. Laughing over events of the day. Drinking cups of hot tea or cocoa in front of their fireplace. Taking a walk and holding hands. Talking with each other. She missed him.

“Aren’t you going to eat, dear?” A middle-aged woman serving dessert was looking at Martha’s barely touched plate of food.

Her friends intervened. “Just leave it here a while longer and we’ll see that she eats a bit more.” They stopped the server taking her dinner plate, while accepting glass bowls of chocolate mousse.

In the corner of her eye, she saw him cross the dining room into the corridor outside.

“Did you see that man?” Martha asked with a mix of panic and excitement.

“What man?” They countered.

Frustration made her practically shout the answer. “The young man who just walked across the room!”

No one had seen him.

She excused herself as her friends muttered among themselves at her troubling behaviour.

Making her way to her room, she lay herself down on her bed without changing clothes. She propped herself up on her pillows and gazed towards the window where the moonlight gently lit the willow tree outside.

Was she hallucinating? She knew that seeing him was a logical impossibility. And the fact that no one else could see him only added to the likelihood that she’d lost her mind. Losing him had been painful beyond words, but why was she seeing him now? So many years later?

Martha got up and walked to her small bathroom. Brushing her teeth, she looked in the mirror at her wrinkles. She washed her age-spot covered hands and headed to bed. As her eyelids started to close, she felt a presence. Her lids fluttered open again and she stared.

Standing in the room at an angle to her window was a tall, sandy-haired young man. The moonlight shone over one half of his face, but she could still make out his features. Her heart nearly beat its way out of her chest with a mixture of love, longing, heartache, and apprehension. Her eyes admired his smooth, bronzed skin, his youthful physique and snowy-white smile.

But it couldn’t be. She knew she must be delirious.

And yet there he was, brimming with life and energy. She had to go to him. Real or not, didn’t matter anymore. With difficulty Martha stood up, and slowly approached the young man. He smiled at her and stretched out his strong, tanned arms. Martha closed her eyes and returned to her husband’s embrace in the full bloom of youth.

Natalie found her the next morning. “Well, she was 88 you know, so it wasn’t a bad run. I’ll miss her though. As an aged care nurse, I can tell you they’re not all as sweet as Martha. I’m not sure she was ever happy being in an aged care facility though. Becoming a widow was pretty hard on her. I think she really missed her husband.”

This is so beautifully written. It paints a visual seemingly effortlessly. I was drawn in with the first sentence and captivated as it unfolded.

Loved the story… the characterisation and the build up culminating in a beautiful conclusion.

I love how you describe Martha’s relationship. Romantic, simple, and genuine. Beautifully written!!