Submitted into Contest #171 in response to: Start your story with someone looking at a breathtaking view and getting emotional.... view prompt 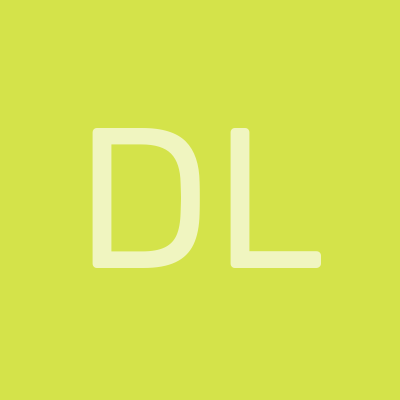 Dawn stood there, stopped in her track, transfixed and in awe at the sight. She cried for the love and joy to actually see, live and in person that particular bridge.

She stood as if stone on the walkway that was opposite of the bridge, to stare at the one constant thing that she had painted almost a hundred times. Dawn’s emotion deepened and she began to sob in the rainy mist with her huge overcoat and Bogey hat that adorned her head. She found herself in a bubble of warmth and pride as time stopped for her and her alone.

Her Mom became embarrassed at the spectacle her daughter was making in front of the many tourists. “Please Dawn we have to move along, you’re blocking the way for others.” She grabbed onto her arm and tried to move her along, to no avail. Dawn wouldn’t budge at her Mom’s tugging, let alone respond. She would only hold a hankie to her nose and mouth to contain the slobber and continue to gape in wonder at Monet’s wonderful little Japanese bridge.

Then an amazing thing happened, it began to rain. Really hard. It was a blast of a cloud burst that forced everyone to scurry and take cover. She was alone. And it didn’t matter, because time had stopped for her. Dawn was enchanted by the bridge, the bouncing lili pads and the willow tree’s tendrils that danced with the rain. There was no one around as she surveyed this moment in time. She was warmed in her own orb, with big rain drops falling from her hats brim. The sight hypnotized her and her feelings transported her as if she floated.

The colours abounded in glory as the grey sky deepened them further. It was magic frolicking and shimmering before her eyes. Dawn murmured aloud over the raging storm about her. “How can I paint this? These feelings of joy and wonder are thriving like I have never felt. They’re so big! All the times I’ve painted this scene, even all the many parts of it as separate pieces, I have never had this much emotion. I’ve always loved you Monet! I loved painting your paintings. And I thank you for all the passion you guided me through as a kid, that moved into my growing. The talent you instilled in me. But this, what you saw everyday. What you must have felt after you built all this from your mind’s eye. Wow. WOW!!!” She shouted out.

Dawn was a child prodigy of Claude Monet. At least that’s what she always thought! She could paint his paintings almost to his exact detail. Yet never copies, only renditions. After all, her Mommy didn’t want her arrested! Seven years old and she had a talent for painting. Actually most children do when allowed to play out their passions with imaginations.

She loved painting. The vibrant colors and smell of oils, acrylics and even the water colors have their own distinct fragrance. The messiness was fun too, especially with pastels, charcoal and inks! Mommy always made sure she had plenty of art materials to play and work with. Down to the big over shirt to protect Dawn’s clothes.

They would have parties out on the lawn with lots of acrylics to squish between their toes with the neighborhood kids. She loved helping and encouraging the younger kids to paint with fun. Bolts of newsprint paper would be rolled out to make murals, posters, signs and other fun creations. But the clean up was best of all because the hose would come out to wash the paint away and then splatter all over the children. Laughing and giggling, playing tag and just plain fun ‘horsing’ around was always the intention.

Growing up, she began to develop a better style and when she got to school she had art instructors that saw and furthered her talents. They alway made sure their students copied the Masters to learn the unique brush stokes. Other projects were introduced as well so that free form was encouraged too.

Different projects were introduced to learn different types of making art. Dotting, paper mashe, clay sculpting and pottery, chalking the sidewalks, you name it, the teachers introduced lots of different ways to express oneself. Some were not Dawn’s favorites, but as Mom always reminded her, “you don’t know what you like until you try it. School learning and these projects are ruling out what is not for you, my darling!”

So project after project she would do. But the oils always drew her back to her what became her passion. Renditions of Van Gogh, Manet, Rembrandt too would fill her canvases, but Monet was her favorite. Commissions rolled in because Mom, always encouraged and backed her up, put them on her salon/spa walls. People loved the paintings and bought them. If one was sold, another would be produced. Dawn even started the idea of collecting a customer’s favorite vacation photo, then would paint it in the Impressionist style.

Success followed with sales and fun. When the salon was enlarged, Mom asked her to paint a mural on the very large wall of 10 by 20 feet. And just what was that to be? Why, Monet’s famous bridge of course! In latex paint, a completely different medium for her, but none the less, the bridge on a very large wall.

The paintings continued, which played out her talents and passions of Monet. Many of his were done, such as: The Turkeys, Woman with a Parasol, San Giorgio Maggiore at Dusk, Poppies, The Beach at Sainte-Adresse, Poplars, The Artists Garden at Giverny, The Garden of Monet at Argenteuil, Nympheas at Giverny.

Dawn had always wanted to go to Paris with the love of her life. ‘He’ didn’t show up after years of her waiting. So she decided to take her Mom. It had to be April in Paris because of the movie and song, favorites since Dawn was a kid. She called her Mom up, told her she had six months to plan to be away from her business so they could go for one week.

Come April, they flew. They had made a plan with a tour company with the stipulation that Giverny was first on the list. Other tourist stops were definitely the can-can, along with the Louve, Versailles, and City of Lights walk-abouts. Much less having crescents every day! The river cruises couldn’t be done because Paris had so much rain, the water had risen to just below the bottom of the bridges on the Seine.

Giverny came the next day. A nice bus ride across the country-side. Soon they arrived to the beautiful home of the artist with the incredible tulip garden in the front yard. To get to the famous bridge, they walked the skinny path under the road to the other side of the property. Walking out from under the road tunnel, they turned to the left to see…the bridge.