Pebble in the Pond 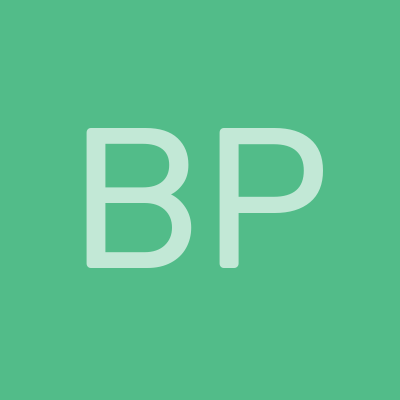 There weren't many who had the gift Anam had. The gift of observation. He could read body language and facial expressions like the person was telling him exactly what they were feeling at the moment.

It startled people sometimes, how easily he could gauge someone's intentions, and he gently tried to steer people to someone who fit, who could understand the other.

Sometimes all a person needed was a gentle nudge, small push in the right direction, sometimes they needed a literal shove.

Anam found his peace when people realized how well they fit together. He could relax when others learned the gentle embrace of the person they were meant to find.

He had never been wrong about a match before. Never felt a discordance when he nudged someone along.

Save for one match.

He had never even considered that there would be a soul to match his. That someone out there was waiting for him to come along.

Anam could match others all day long but when his match was brought up, he nearly shut down. A match of his own? A person meant for him, and him alone?

As if anyone could understand him as fully as he understood others. The idea alone was foreign to him.

How could someone understand people as deeply as he did? That someone could read him as easily as he read others was a concept that had no place in his mind.

And yet, there was someone waiting for him. Someone who would show him he was wrong. A match for him, and him alone. He would only stumble across this person when he was ready to find his own match.

When he tired of watching others find their happiness in their partners and yearned for his own.

He never had to do much to lead someone to their other half. He remembered everyone, their personalities and their quirks. If someone didn't quite mesh with anyone he knew first, he was bound to discover the other person later on.

Such was his gift. It was only soon after another successful match had been made that Anam began to feel hollow. As though a part of him was missing.

Had the feeling been there before, and he hadn't noticed? He didn't know. He only knew that he needed something to fill that void and matchmaking wasn't quite the balm it used to be.

Perhaps he needed time away from matching. From people. But the thought of being away from people ached, he found.

What if he missed an opportunity for a perfect match?

Fear blossomed then, anxiety looming over him over the idea that he'd somehow miss an opportunity, that two people would go unfulfilled somewhere, having never met their other half.

So he continued matching, hoping that he would one day find the joy in his gift again. That the void within would somehow be filled by doing what he had always done.

It was a downward spiral. One that forced him to remain in the same situation, slowly losing joy in watching two halves meet and be joined in bliss.

And it wasn't long until he began to think that maybe his blessing was instead a curse. That he knew all thoughts and feelings around him at all times wasn't a gift, but instead a hindrance.

The spiral continued until he was left barren, feeling nothing more than the looming pit in his soul growing larger for every match he would make.

Where was the joy he had felt in leading others to their new love? Why did his gift feel like shackles?

The thought never occurred to him to look for help. To learn more of himself, and find a breath of fresh air in new experiences.

His soul was stagnant; quiet, but unmoving like a pond on a still day.

But something happened. A pebble dropped in the pond, creating ripples in the stillness.

They drifted into his view one day, paying no heed to him. A breath of fresh air inhaled on a stifling day was all he needed. They knew nothing of him, and less of his gift, and yet he knew, in the deepest parts of his soul that they had the gift too.

He lifted a hand, aching to reach out to them. They were gone just as quickly. A glimpse of what he was missing from his soul.

From then on, he searched. Searched for this other piece of himself, this missing part of his soul. He couldn't find them.

Yet he kept searching.

Even long after the civilization he had known crumbled into dust. He searched until almost nothing remained of his soul, merely a wisp in the darkness of a ruined city.

He yearned for the feeling of the momentary glimpse he'd had. The pure relief in that moment.

It wasn't until he searched a decades old graveyard, long since given back to the wilds surrounding it, that he found them again.

Anam was not omniscient. He could not read minds nor influence the wills of others. He could only suggest and nudge.

His gift would not help him as he beheld his other half's headstone.

There was naught for him but to weep. Weep for the lost opportunity. For the pebble that had breached his stagnant soul.

And it was only when he had exhausted his sorrow that he saw the other wisp in the dark. So small that he nearly thought it a firefly.

But it was the wisp of his pebble, his other half. And the joy that spread through his soul was unfettered by the sorrow of his lost people.

Long before, in a dead tongue, 'Anam' meant 'The Blessing'. For centuries it had been a curse, doomed to watch everyone he knew, loved and lived with, die.

But with his pebble, he finally found the peace that had eluded him for so long.