Submitted into Contest #29 in response to: Write a story about two best friends. ... view prompt

In a universe vast and timeless, with stars forever blinking in and out of existence, worlds dying and recreating, are two immortals forever at odds. One a man, or maybe just a boy, creating cause, destroying worlds, anything to get the attention of the other, a girl always willing to lend a hand. She helped those in need and did the best to save any she could. Many legends are told about them, some say they’ve been around since time began, others that they're not even immortals. Are they friends, enemies, or something else all together? Many don't even believe they’re real. But as most legends are, very few tell the truth, the truth of their story. I don't pretend to know it all. What I think I know might not even be true, but when I was a little girl, I met them.

I wasn’t more than ten that cold night, the first snow of the season. The wind was howling against the windows and snow piled up against the side of the house, when a stranger came knocking on the door of my family home. Mama, bundled in a shawl and gray hair falling from its bun, answered the door.

"Oh my," she gasped. I looked up from where I was doodling. A woman stood in the door, dressed in only a thin shirt and pants. Even her shoes were gone. She wasn’t like us. Her skin was light, but not ashen like ours, and her hair, oh her hair! was a beautiful shade of sunshine. I’d never seen such a light color of hair before.

"Sorry… to be a bother... but do you have a jacket I can… borrow?" she gasped. Mama didn’t hesitate to throw her own shawl over her and usher her inside.

"Mae, get a quilt," Mama commanded. I jumped up, abandoning my coloring, and ran to the hall to do as she said. I yanked the closet door open and dug through the piles of blankets and towels until I found a heavy, patchwork quilt. I bundle it into my arms and went back to the living room as fast as I could, tripping over the edge of the blanket as I go. The blonde was sitting dazed on the couch, a stain of near black spreading over her side. I gasped. Mama looked up.

"Give me the blanket." I don't know how she was so calm, but she was as she wrapped the quilt around her. "Go see if the storm is clear enough to get a healer."

The blonde blinked her drifting closed eyes, open. "Don't… need... healer," her voice was raspy and wobbly, but light and sweet.

I nodded and grabbed my coat. Snow and wind hit me when I opened the door. The storm had picked up causing the whole world to turn white. I couldn’t get to the healer without getting lost.

"Mama-" I started and turned to her. She was looking out the door a frown set on her face.

"We'll just have to make do until the storm stops." I nodded and closed the door. That could be days away. Mama turned back to the blonde. Her eyes had drifted shut and her breath was coming out in sharp pants. The stain had grown and was starting to drip to the couch. My eyes widened, I'd seen my share of wounds. Living in a hunting village someone was always getting hurt in one way or another, but never something this serious.

"Go get the emergency kit and one of the old sheets in the storage room," Mama told me as she began tearing the blonde’s shirt. I didn't want to see, so I ran to the back of the house, grabbed a sheet, then the kit from the kitchen, and hurried back.

The gash in the blonde’s side ran from the bottom of her ribs to her hip, it was deep and looked torn and painful. I gave Mama the kit, sat next to the couch, and started tearing the sheet into strips.

There wasn't much we could do, the wound was too deep and infected. Maybe if they could get her to the healer... but there wasn’t a chance in the storm.

It was several hours later when she woke. Mama was making a broth soup for dinner while I watched over her. She groaned softly, shifting so her hand fell off the couch. I looked over into her dazed, hazel eyes.

"My home, Anala. My name is Mae," I scooted closer to the couch, still sitting on the floor, “what’s yours?"

She looked up at the roof and her eyes closed again. I started to go back to my book, thinking she was asleep again.

"Painter," she murmured. Her face scrunched up like she was trying to remember something. "Mae is pretty. What does it mean?"

"Pearl, after the pearl mines where I was born." Painter nodded, her breath coming out in soft pants.

"Where are you from?" I asked. "You’re not from around here." She chuckled softly only for it to end in a cough.

"No, I’m not; I'm a traveler," she murmured, "I go where I'm needed." Her eyes drifted closed. I reached up and ran my hand over her short hair. It was soft and silky to touch.

"Looks like you need someone this time," I whispered, but she was already asleep.

The storm grew as the night raged on, and with it Painter's fever. She woke again, sometime in the night. Her cheeks where flushed and Mama kept a cool cloth on her forehead all the time.

"Mehdi...," Her voice was so soft, I thought I was imagining it, but even though her eyes were closed, I knew she was awake.

"Mehdi...," Her eyes flickered open, but they were glassy. She wasn’t seeing anything. "Please come..." Then her eyes closed and she was asleep again. I frowned, listening to her. Who was she talking about? Probably just the fever... Probably. I reached up to check her temperature and jerked my hand back from the heat. I curled my knees to my chest and wrapped my arms around them. I was growing rather found of her, the way she spoke like she knew more then she said.

When morning came, her fever hadn't broken and neither had the storm. Mama was trying to get Painter to drink some water while I made breakfast. I was just stacking two plates with flapjacks and eggs when there was a knock on the door. I paused; no one smart would be out in this storm. My curiosity got the best of me and I peeked out the kitchen door to see who it was as Mama answered it.

Another stranger, not bothered in the least by the snow. This one was a tall man with dark skin and darker hair. Even from the kitchen, I could see his piercing ice blue eyes.

"Pardon me ma'am," his voice was smooth and silky, "I'm searching for a friend, about this tall, blonde...." He trailed off seeing Painter. He pushed passed Mama and crouched next to the couch. Mama quietly closed the door and leaned against it, watching them. So did I, transfixed. So different from my people. And each other. He gripped her hand in both of his.

"Igashu," he murmured, leaning close to her. Her eyes fluttered. "Open your eyes, Igashu, I'm here."

"Mehdi?" She rasps. He moves one of his hands to her side resting it over the gash.

"Hush, everything will be alright." A soft gold glow spread from his hand to her side. I rubbed my eyes, thinking it was just a trick of the light, but when I moved my hands away, it was still there. His forehead rested against hers. His eyes closed as his mouth moved whispering words I couldn't hear.

He pulled away as the glow faded and rested her hand on her chest.

"Will she be alright?" Mama asked.

I crept out from the kitchen.

"What are you?" I asked. Mama looked at me in horror at my rudeness, but the man didn’t seem to mind as he smiled slightly at me.

“I am Moon, of the Stars," he said touching his fingers to his lips then forehead. "And you are?"

"Mae, of umm, this village." Moon chuckled, and looked back at Painter, gently brushing her bangs from her face. I sat by the couch. “What about her?” A sad frown touched his lips.

"Are you her mate?" At that he laughed, the sound dark but not making fun. I flushed.

"You came simply because she asked?"

He seemed puzzled. "Need I need any other reason?" I shook my head.

"No, but most don't visit without reason."

"I had reason; she asked." He frowned. Mama, deciding that was enough questions, shooed me to the kitchen for breakfast. I hurried to eat wanting to ask more questions. Once we did the dishes I bounced back to the living room to do just that, but the room was empty. The only trace of anyone being there was the bundled blankets discarded on the couch and a faint glow surrounding the room.

They vanished in the storm, never to be seen again. It wasn’t until years later I heard a legend of two travelers, dancing through the stars. I knew, don’t ask me how, because I don’t know, that the two strangers who came knocking at my door when I was ten, were them. 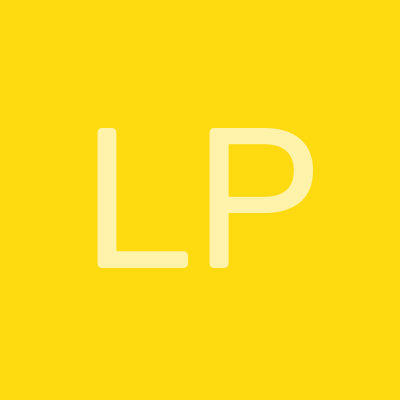