Submitted into Contest #114 in response to: Set your story at a talent show.... view prompt 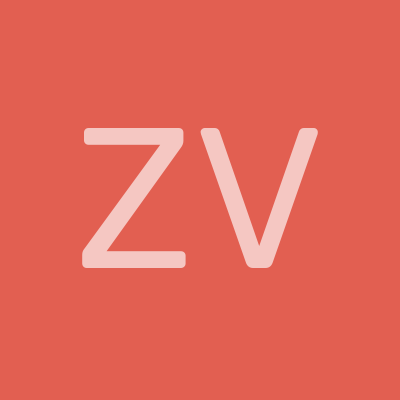 Albert Davis was without a doubt the most peculiar 8-year-old to have ever graced the halls of this school with his presence. Let me tell you why. For one, little Bertie was an avid reader, ever with his nose in a book – quite literally for he was fairly myopic – whatever the setting. In every conversation he would always fervently argue the existence of dinosaurs in the past, no matter how many times everyone would tell him there was no need to and that their existence was scientific fact. He really loved small hats, he believed they added a certain finesse to his everyday ensembles, and detested medium to large ones. Also, he suffered from pica, a psychological disorder characterized by an appetite for substances not usually considered food. More accurately, everyone else suffered from his pica, he personally found it rather enjoyable. He certainly was an odd little boy.

Our story starts on an ordinary day of his, one filled with reading, talking about prehistoric monsters and eating things that were actually never considered food. Bertie was sitting in his desk, re-reading The Hobbit and chewing a piece of chalk he stole from the board. Up front a mathematics teacher was desperately trying to educate the class, whilst the class was desperately trying to come off as adequately educated for the day.

After an admittedly long-winded monologue about the marvel that is the Pythagorean Theorem, Mr. Jordan assigned homework and then the class was dismissed. Our protagonist one-handedly picked up his books and backpack, neither his nose nor his mind ever straying from the pages of his novel and proceeded to the exit. Suddenly, a loud voice came clear from the school’s megaphone.

“Attention to all students, a talent show is to be held at the school on the 23th of November. Anyone who wishes to participate is required to fill in his name at the register’s office. Have a nice day.”

The students let out a collective Ooh! A talent show!  which echoed in the halls. For a moment all was quiet and then the entire school erupted in screams of excitement. Suddenly everyone had a special talent they just couldn’t wait to display in front of friends and family.

Everyone but Bertie. He stood frozen in his tracks. A special talent? Sure everyone always called him special, but never a mention of a talent of his, let alone a special one. He could not think of a single thing. He swallowed the rest of his chalk and hesitantly approached Mr. Jordan in his desk without of course ever lowering his book from his face:

“Yes, Albert?”, inquired Mr. Jordan, craning his neck trying to get a glimpse of the face behind the cover of the book in front of him.

“What exactly is a talent?”

“Why do you ask? Are you planning on participating?”

“Well, Albert, a talent is a natural skill or ability one possesses that not many others do. Is there anything you can do others cannot, or maybe even something you can do better than most? Answer my question and you’ve got your talent. Think about it.”

“Thanks, Mr. Jordan, I will. Dinosaurs really did exist, you know. Good day to you, sir.” he said, turned to page 33 and left the classroom.

“Good day, Albert.”, replied Mr. Jordan, watching little Bertie with his tiny baseball hat and face buried deep in his book disappear amidst a sea of students in the hall. What a queer little boy, he thought and not for the first time.

A few hours later Bertie could be found sitting in the cafeteria, still agonizing over Mr. Jordan’s question. Perhaps he just didn’t have a talent.

As he was sitting there, deep in thought and chewing on the side of his tray, the food on top of it untouched, he was spotted by one of the older kids.

“Hey freak! You really can eat everything, can’t you?” he shouted at him and with one quick motion smacked the tray right out of his mouth. Everyone laughed.

Bertie ignored them. Something had clicked inside this peculiar brain of his.

Why yes! I really CAN eat everything…

Let us skip ahead, dear reader, to the night of the talent show. Let me ease your worries by telling you that little Bertie did indeed find his talent and after weeks of careful preparation and numerous rehearsals he was about to go on stage.

“Ladies and gentlemen, let me introduce our next talent, a remarkable third grader, Albert Davis everybody”, principal Syllow shouted his introduction to the audience.

Bertie was welcomed on stage with a warm applause. He was wearing his lucky hat, a red deerstalker, and a classy little bow. With one hand he was holding up to his face the novel of the evening, Alice in Wonderland, and with the other one a briefcase.

He stepped to the middle of the stage, laid down his briefcase and, always one handedly, opened it.

“So young man, what is your talent?” asked principal Syllow.

“I can eat everything, sir.”, Bertie replied confidently.

Some of the audience laughed and jeered.

“Okay, son, but what will you be performing exactly??”

“Well, sir, for today I plan to eat a combination of things, that I doubt have ever been consumed before in the history of mankind.”

“Surely you must be joking!", the principal exclaimed.

“No, sir, I assure you I do not. And before I begin, please note that I draw my inspiration from Mr. Carroll over here.”, Bertie said, pointing at the novel obscuring his face.

Little Bertie turned to the audience, gave a bow and exclaimed: “From the Walrus and the Carpenter!”

He then, to the absolute horror of everyone present, proceeded to take out of his briefcase and subsequently devour a shoe, a plastic toy ship, some sealing wax, a cabbage and a king of spades.

I dearly wish I could tell you that little Bertie was praised for his unique artistic expression and that he went home the winner of the talent show. Alas, the reality is much bleaker. The award went to that showoff of a little girl who delivered a flawless execution of Prokofiev’s Piano Concerto No. 2, leaving the entire audience breathless and in tears. What was the big deal anyway, right? It had been done before. And as for Bertie, the pioneer, he was actually booed off stage by a very disturbed and deeply shocked group of his peers and their parents. The injustice of it all is maddening.

Zoe, you spin quite a vivid and enchanting tale. Very well done!

Oh this story made me laugh out loud! I really enjoyed it. Thanks for sharing!

Thank you! For me, that's the highest compliment.