Written in response to: Write about a character whose dreams are portals to other worlds.... view prompt

With hands that trembled, I tore open the packaging.

A lilac font on a grey-black background declared the contents. Somnium. Beneath that: 30 mg. A bit more professional than I had anticipated. I’d bought pharmaceuticals on the dark web before, and they’d always turned up in little plastic baggies. Often adorned with a sticker or label, if luck shined on you that day. If not, you had to trust that the seller had sent you what you’d asked for. A bit of a gamble, granted, but people gambled every time they got into a car. And vehicular transport didn’t offer the mind-expansion possibilities of my little hobby.

I pulled out the blister pack — 30 tablets. A small package insert fell onto the countertop. I raised my eyebrows at that. They had done their work with this stuff. It gave me hope that the drug would work as intended. A few bad tabs of LSD had burned me before. Not enough to deter me from the dark web altogether. But enough to make me cautious.

A quick scan through of the insert told me all the medications I shouldn’t take in combination with Somnium. Sleep medication and psychiatric drugs. It made sense. It also instructed me to take “one pill with a glass of water approx. 45 mins before bed.” Good to go. I glanced at my watch — 4:37 in the afternoon. On a Saturday. A bit too early to head to bed. But I so wanted to test out my new toy.

My fingers tapped on the countertop. I hummed and glanced around, but my gaze settled back on the blister pack. The pills stared up at me. They sat there. Waiting. Watching. Patient. Oh so patient. My finger drums rolled to a slow stop.

I snatched up the packet, grabbed a glass of water, and headed for the bedroom.

Outside my window sat a mid-autumn street. A bit grey, yes. But also alive with the orange offerings from the trees. Bleak and still, interrupted from kids who ran and played. With a nod to nobody in particular, I lowered the blinds and bathed my room in shadows.

I got undressed, slid under the covers, and snatched the package from the bedside table. The alarm clock told me five o’clock would arrive in ten minutes. The red numbers burned into my eyes. As good a time as any to stroll along the astral plane. Or whatever the hell you called it. I turned the box over in my hands.

I didn’t quite know how it all worked. Could there be a Nightmare on Elm Street sort of deal? Where if I died in my dream, I’d die for real? Or did I only exist as a spectre, a ghost, in those other places? Not even the whisper of a wind? Well, I’d not heard of any reported deaths linked to Somnium. If there had been, the media would have swarmed all over it, flies on dung. Somnium, the latest dumb millennial trend! Are YOUR kids doing THE DRUGS???

With a shrug, I popped a pill out of one of the blisters. A small, unassuming thing. Off-white. Nothing special about it whatsoever. Looked like regular old paracetamol. I placed it onto my tongue with the air of great pageantry. Alas, no swell of music accompanied my actions. No dramatic drum roll. I sipped my water then swallowed the lot. It all went down without a hitch.

Forty-five minutes. How long before sleep the insert said I should take it. But even now — at 4:53 — my eyelids started to droop. My limbs tingled, and a soft force tried to pull my head down. As if weighted with anchors. I reached out, wobbled, and plonked my glass of water on the side table. The liquid within sloshed up the side but didn’t spill over.

But it didn’t fall back down to its original line.

It froze there, in contact with the rim of the glass.

I stared at it, aware of how wide my mouth had opened. A dumb, stoned monkey. How my mother would judge me if she could see me now. But don’t think about that, you don’t want a bad trip. Happy thoughts. Happy thoughts.

The numbers started to float away from the clock. Four, five and six spun away, the shrapnel of a numeric collision. The water rose from the glass, a backwards waterfall. It poured up, in reverse, into some invisible jug.

But the letters came out all jumbled. The consonants bunched together on one side of the sentence, the vowels on the other. As for the question mark, the least said about that little rebel the better.

I grinned and fell back into my pillow.

And fell through my pillow.

A billion pathways, a billion doors, all illuminated from within. Ancient carvings glowed in the darkness, flickered like infinite stars. A branched network of tree limbs split off from one another. From destinations unknown to destinations unknown. The sensation of movement whilst standing still. Floating still. The unnatural movement came with ease.

A doorway, chosen at random. It stood at the end of a branched pathway, dark and resolute. The frame glowed golden in the void, the knob bright and aflame. I reached out and grasped and turned and—

—a comet strikes the earth, tears through it, explodes out the other side, sends debris scattered through the solar system like discarded change into a beggar’s hat—

No, not that door. Another door. Let’s try—

—a blind, leather-skinned creature erupts from the earth’s crust, its gaped maw slick with fresh blood, screams punctuate its arrival—

—errant computers launch nukes into the air, from every nation, a glitch, an error, a decision made in ones and zeroes—

—a plague tears through the population, the old and the young and the ill go first, but the healthy and strong soon join them, hospitals overflow, sheet-covered corpses line the streets—

There’s got to be—

—a supervolcano erupts and spills hot lava across the continent, millions die in agony in waves of magma, it belches poisonous fumes into the sky, blots out the sun, all plant life dies—

One of these must—

Somewhere, anywhere, this one by chance—

—the dead get up and walk, seek the flesh of the living, hordes tear apart the survivors, devour them one shredded handful at a time—

Come on, come on—

—mutated humans, cancerous bubbles all over their skins, twitch and jerk and walk the earth without a goal, green skies throb above, rain poison from the heavens, frothed foam at the corners of their mouths—

None? None at all? What about over here—

—oceans rise and drown the lands, humans fight and squabble and wage war over the last vestiges of earth, species die off in the millions, food sources dwindle—

I sat bolt upright with a scream.

And vomited into my lap.

I gasped for breath, the rancid taste of bile thick in my throat. I looked over to the alarm clock. Quarter to six — p.m. Three red letters blinked next to the time: SAT. Unless I’d been gone for over a week, that meant I’d been under for less than an hour.

Less than an hour.

Did the cosmos have more to show me? I’d bet my life that it did. But did it have anything new to show me? Or more horrors, more abominations, more tortured fates? To that, I had no answer. Only the hot-dry sensation of puke in my mouth. That, I guessed, answered the question for me.

I took my glass of water and gulped a mouthful, swished it around my mouth. I finished the contents, the back of my throat half on fire and sore. The packet of Somnium continued to stare at me from the bedside table. Only now, the pills didn’t tempt me as they had before. They seemed to goad and mock me. Haha, you got tricked, they singsonged in my mind.

I snatched up the packet and turned it over in my hands.

We always used to make jokes about this being the darkest timeline.

Turns out, this is as good as it gets.

I don’t know if that’s a good thing or a bad thing.

We live in the greatest universe.

This hell on earth is the best possible existence.

A bit late for that realisation, though. I can’t take back what I’ve seen. Can’t end the images in my head. One thing’s certain, though. I won’t take this world for granted again. No more grass-is-greener syndrome for me.

With hands that trembled, I threw the box of pills into the bin.

Though I don't travel to other other universes in my dreams, I believe something close to that happens. But I love it! I usually go to bed eager to know where else my dreams will take me, to whom, and with whom. And this is so relatable, and beautifully written.

Thank you so much, Raaina! I really appreciate it. :) 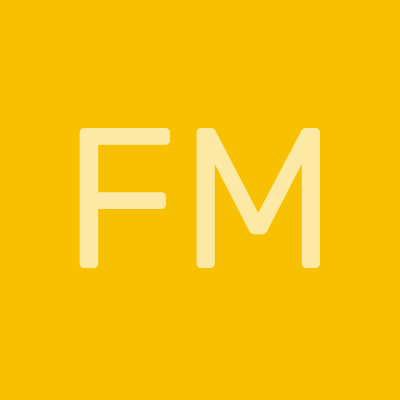 As a younger writer, I just want to say this was so beautifully written. And I'm not trying to inflate your ego, but I just hope I can write like this one day!

Thank you, Freya! That's a lovely compliment to receive. The best advice I can give is to keep doing it! Taking part in these prompt challenges has helped me a lot. You can never write too much!

Wonderful job on this. The tempo pulled me through. Rich vocabulary. Keep up the good work.

Thanks, Bruce! Glad to hear you enjoyed it.

Beautiful story!! The plot and the overall idea is just perfect. The tiny little details are so beautifully expressed. I absolutely love it. Great job Joshua! Btw, did you submit it for contest?

Thank you, Keya! The idea came in a split second and the story just poured out of me. A lot of fun to write! :) No, I haven't submitted it to the contest — I haven't since they changed the setup.

I loved it. Perfectly written and the doors...great job!