Submitted into Contest #105 in response to: Write a story that switches between first person and third person point of view.... view prompt

Lights up. The stage is dark. A spotlight reveals ANGELINE, sitting alone on a park bench. In her hand, she holds a white rose. She ponders the events that have just ensued.

For about the sixth time today, I wonder why I'm even here, what made me decide to do this. I sacrifice my lunches and after-school homework times just to be here and do what? I'm just sitting here on this bench in the middle of the stage, doing almost nothing while people stare at me. Up in the catwalk, four people dressed in black fuss with a humongous light fixture. I silently wonder what would happen if they were to accidentally drop it on my head. It would put me out of misery, that's for sure. It might begin with a cord snapping, a muttered "oh no" from one of the techs, and then—

"Clara?" Ms. Whittle, my drama teacher, waves her hand in an effort to catch my attention, snapping me out of my existential daydream. She's sitting in the front row of the auditorium, a habit that began only last week, but the sound carries the way only an actor's voice can. "I know it's distracting to have rehearsal when the crew is working, but please try and focus. We open in just a few weeks, and we really need to run through this last scene before tech week." Ms. Whittle is my favorite teacher, so I try, just for her. With anyone else, I would have given up by now. Focus.

ANGELINE looks stage left longingly, staring after her best friend turned enemy, CARLOTTA, who is standing in the wings, out of the audience's sightline, but not ANGELINE's. ANGELINE stands up and walks downstage. She turns her gaze towards the audience.

Now I'm standing, wow big change, staring out at an almost empty auditorium. Ms. Whittle and the stage manager stare back at me. The actress playing Carlotta had a doctor's appointment she wasn't able to reschedule, so she couldn't make it to rehearsal. So here I am, left staring at empty space.

I auditioned for the school play because I enjoyed Ms. Whittle's drama class. I didn't think I would get a role, let alone such an important one. In class, at least, Ms. Whittle let us choose the characters we played. It was almost like playing dress-up, but less ridiculous. I quickly realized that playing characters that are completely different from myself is much harder. I remember staring at myself in the mirror during the costume fitting, bundled up in layers of fabric: petticoats, skirts, and ornate blouses. The thing that I remember most vividly is thinking This isn't me. If I've learned anything in the past two months of rehearsal, it's that Angeline and I are nothing alike.

ANGELINE looks down at her feet. She lifts up her hand to reveal the white rose CARLOTTA has given her. She withdraws a knife from her coat pocket and starts to shave off the petals.

I didn't think this rehearsal could get any more awkward, but here we are. I'm standing in the middle of the stage, still, now using a clear plastic knife to cut the petals off of a synthetic rose. Everyone in the room continues to stare at me in silence. My face is screwed up in concentration, but not because I'm having an unbelievably difficult time shearing off these fake petals. I'm trying to remember my lines.

When I first got my script, I carried it around like a trophy. It was solid, tangible proof that I was good at something, that someone had chosen me. But as we began to rehearse the scenes, those pages started to weigh me down. Instead of a prized possession, my script became a mark of everything I hadn't completed yet, all the work that I had willingly signed up for. Some days, I just wanted to rip out the pages and crumple them up. It sounded better than staring at the same sentence again, trying to get the words to stick in my brain.

ANGELINE finishes stripping the flower of its beauty. She lets the stem fall to the floor to join the shredded petals. She then stares at the knife in her hand. She wonders what it would feel like to gut the person who had betrayed her trust and killed her father. She mimes stabbing CARLOTTA, as if the two women were standing face to face.

I like this part, vengeance. It's underwhelming, though, using a knife that Ms. Whittle and I found in the "picnic cutlery" drawer of the school kitchen. I mime the stabbing a few times, but I just can't get it. I can't get the action, the emotion behind it, or even the character of Angeline. I don't understand her, who she is, and how to become her. The stage directions tell me that Angeline is a woman. You would think it's easy to be that with all the profound words that Angeline says and the posh way she dresses. But it's not. I'm expected to just put up this facade and become a new person. And this person isn't someone I just get to make up. The script controls how I speak, how I look, even the way I stand. On top of that, people are watching me. At least in drama class, everyone experiments together. We all act silly and goofy together. Here, the techs are literally putting me in the spotlight.

"Ms. Whittle, I can't!" The words spill out, and all the frustration and annoyance I have bottled up over this whole ordeal escapes through those four words.

Ms. Whittle seems startled by this sudden break of character, but she recovers quickly. She's a good actress. She might be disappointed, but she still provides support and the voice of reason in any situation.

"Clara, dear, I know it seems foolish, but please try." There it is again, that expectation, the pressure to perform and do it well. She's implying that my effort will be enough, but I know it won't. She continues, "The prop knife I ordered will look and feel much more realistic, but it won't get here until next week."

I'm starting to think that maybe I don't want to wait until next week. I've seen my understudy perform the scenes. She is so much better than me. She practically is Angeline in real life. Ms. Whittle gives her far fewer corrections and far more praise. "I'm blown away, Rosalie," or "Rosalie, that was beautiful." Far different from "Let's try it again, Clara," and "How about we do it this way instead?" I consider throwing down my plastic knife and storming out. I think about how good it would feel to just yell, "I QUIT." Get all this weight off my shoulders.

ANGELINE turns the knife over in her hands. She looks up at the sky. "Oh father, what would you have me do?" The words resonate in silence, the first ones spoken in the scene. A long pause. ANGELINE sighs, returning the knife to her coat pocket.

For once, I actually remember my line. The silence that follows is far from perfect. The stage manager sneezes, the techs, still fumbling with the light, frantically whisper among themselves. This is the moment I've been dreading, the one I can't capture correctly. Angeline reaches out to her dead father, getting nothing in return. The resolve, the decision to show mercy, comes from within herself. I have to explain that to an auditorium full of people who are so far away I can't even see their faces clearly. And all this without words. I'm supposed to be desperately looking to the sky for a sign, a voice, or something else. Instead, I look at Ms. Whittle for guidance. I'm expecting disappointment, or at least judgment in her expression.

To my surprise, instead of the frustration I'm anticipating, I just see pride. Despite my reluctance about my acting abilities, she truly thinks I'm good enough. All of a sudden, like a floodgate has opened, I understand. I understand all of it. I understand how Angeline changes her own mind. It just takes a change in perspective, a reassuring look from someone you look up to. All thoughts of quitting disappear completely when I see Ms. Whittle's face. She's passionate about theatre, about this project, and she's believed in me this whole time. So why shouldn't I be able to do it? I get it. I finally get it.

ANGELINE turns and returns to her seat on the bench. Her head is in her hands. At the last second, she looks up at the audience with a melancholy smile on her face. Blackout. 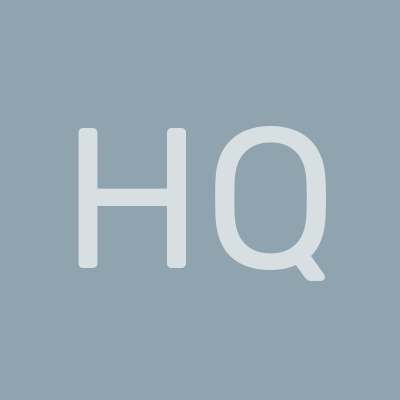 This is such an interesting use of the prompt! You've done a great job giving insight in to the character and setting up the whole scene.