THE BATTLE OF THE PUDDLE: An Outsider's Voice Memo Transcription on the Aftermath

Written in response to: Write a story about a white lie which spirals out of control.... view prompt

Note: For more context, please give my very first story a read before this :)

Well, I had two senior neighbours: Mr. Odd, and Mr. Odder. They lived beside me: Mr. Odd on my left and Mr. Odder on my right.

The most normal thing about the both of them was that they liked to watch Westerns.

Day one I moved into my house, the first thing he made clear to me was that he had a beautiful bidet installed in his toilet – the most elegant thing in the house. He told me I was welcome to use it anytime.

I said, “Thank you very much, sir, but I have two bathrooms in my own house."

Mr. Odd shook his head and said, “No, son. I’ve literally got the Stradivarius of toilets and the real-Macoy of bidets – you don’t understand.”

I explained that there wasn’t.

He sniffled. “You sure?”

He looked himself in the eye with his hall mirror.

He then warbled sadly and badly, “I am now / in a world where I / have to hide my heart / and what I believe in.”

I slowly retreated back into my house.

The next day, I saw him loading up on ice cream and I decided at least that was kind of normal.

One night, I was locked out of my house.

After some frustration, I got out of my car, walked up to Mr. Odd’s to see if he could be of any help. He kept his curtains wide open and when I craned my head up to look inside, I saw him sitting straight up in his bathrobe. His eyes, like his curtains, were wide open and not ever blinking. But the weirdest thing was he had an ancient American civil war musket in his hands, aimed at the window.

That same night I was locked out of my house, after the sight of Mr. Odd holding an ancient American civil war musket had scared me out of my mind, I went up to Mr. Odder’s house.

I knocked on his door lightly only to wait for twenty minutes of silence. I soon realized he did not lock his door. I went in, stomping loudly so he would know I was not a burglar. I called out for him in living room.

There was no reply.

Eventually, I went up the stairs and to his room, just to make sure he didn’t have a seizure before bed and was now out cold.

But Mr. Odder was quite a sight. He was kneeling beside his bed. At first, I thought he was praying. And then, I realized he was glaring at a Sandy Cheeks (the squirrel from SpongeBob) poster.

At exactly twelve o’ clock, he pulled out a Remington Revolver from his bacon-and-eggs pajama pants pocket and fired right between poster-Sandy's eyes. Sandy was smiling like a retard.

I silently and quickly scuttled down the stairs and out of his house.

Under the glare of the moonlight, I decided to sleep in my car for the night because I did want to be facing off with two people who could fire ancient guns incredibly accurately.

About two weeks ago, I decided that it was time I sold my house and bought one near some proper neighbours. The last straw for me was when I finally had to tell Mr. Odder that there was no Olympics Ice Cream Eating competition.

"I know that," he had said. "You see, this is the real deal: by the time I finish all this ice cream, my presence alone will freeze you better than Antarctica. Then! The Olympics Pepper Eating judges will see the legend that I am, baby!”

And he held a strange, deep-fried thing up to my nose and I politely refused.

But that was not really the last straw. The last straw was when he began to chase me around his house with the deep-fried thing.

Days ago, I had my first open house.

There was a man wearing an apron with bright red polka dots. (He worked with animals, he said.) I thought he would fit in alright with Mr. Odd and Mr. Odder.

I showed him the rooms briefly and he nodded and stroked his chin.

It got to a point where he looked like he was going to buy the house when the sound of unmistakable yelling and a roost of birds squawking cut us short. The commotion was coming from Mr. Odd’s humble abode and it was deafening.

My would’ve-been-buyer politely told me that noisy neighbours were not his thing and went away after that.

Before my second open house, I rapped on both Mr. Odd and Odder’s front doors to respectfully request that they be as quiet as they possibly could. I had their word.

Then, I went back to await my next potential buyer.

It was a man who wore an umbrella hat that was too small for him and a long silver coat. Around his waist was a belt that looked like a cobra. Hanging off of it a rapier in its sheath.

I showed him the rooms nervously.

After he saw everything, he opened his mouth to say he was going to buy it, but from my window came three eager taps.

The man with the rapier screamed and ran out of the house. I chased him, keen to bring him back. I would not be losing another buyer just because of the misbehaviour of my senior neighbours.

Outside, the umbrella hat man scuttled to his car.

Mr. Odder crept up behind him and smiled like a gremlin.

“Nuh-uh, not me,” replied my might’ve-been-buyer, back turned still.

“Oh Clo-vis! You better buy this house so us and Charlie can finally be a gang again!” sang Mr. Odder.

“No, you’re not my king anymore, Wilbur. We have presidents now.”

“Yeah? Where are you immigrating?”

Mr. Odd came out from his front door.

“CLOVIS?” he screeched in delight.

“Charlie Winstie,” Clovis nodded to him in panic. “Hi. I-gotta-go.”

He wriggled into the driver's seat and speed off in his little car that burped smoke as it went.

Mr. Odd and Odder waved him off until the car disappeared down the hill and then sputtered back into sight again on the next hill.

I kicked the OPEN HOUSE sign into the air before I went inside and slammed the door.

My third open house was on a sunny day.

That day, there was a short tan man waiting to get a good look at my house. I stuck out my hand and he took it, shaking it with a loud jingle of his bracelets.

I showed him around and he nodded, complimenting my bathroom tiles.

“I will buy it,” he said, after all had been seen.

“That’s wonderful to hear, sir,” I replied in relief.

It was a perfect day: no interruptions and my neighbours on either side made no sound in their houses.

Eventually, I had to tell my neighbours that I was moving away and that it was lovely living next to them.

Mr. Odder said, “Aw, shucks. We’ve got to have a farewell dinner for you then. My house. Tomorrow. Got it?”

I accepted, out of politeness.

“And see if your buyer can come too,” Mr. Odd added.

“The more the better right?”

“Um. He’s got a quieter personality. You know?”

Mr. Odd waved my comments out of his face. “He’ll have fun. It’ll be fun.”

“I’ll order some food and bring it over,” I said, not trusting those two with anything that would go down my stomach.

On the night of my farewell dinner, it was windy.

Sitting in the dining room was me, Mr. Odd and Odder and my buyer, Falfi – who my neighbours actually knew back in the day. (Falfi got along with them nicely, although he was still the calmest person I’d ever met.)

Even Clovis had somehow been blackmailed to attend.

I brought our dinner in a big plastic bag and placed it on the table. Mr. Odd and Odder rubbed their palms together and licked their lips.

From the bag, I pulled out five heavy KFC buckets. I opened their lids carefully and set them in front of everybody.

Everybody was silent and completely still.

Nobody moved a hair.

Mr. Odd and Odder stared down at their dinner and Falfi blinked down at his own uneasily.

Clovis leaned over to whisper quietly in my ear, “Whatever you do, don’t tell them what you ordered.”

I nodded subtly, while he leaned back.

“And--” he came back to whisper in my ear again, “--do not tell them what KFC stands for.”

And he stood up with a noisy scrape of his chair legs. “Okay! Y’all do you. And I gotta go to the bathroom.”

Mr. Odd/Charlie Winstie, was too preoccupied with glaring down at the night’s dinner to advertise his bidet.

Clovis said one last thing to me before he left, “Make your exit.”

I stood up silently, taking my coat off the back of my chair. “It was nice to get together again one last time. And, Falfi. One last thing before I leave, for good, okay? If you hear gunshots and cows, they’re just watching Westerns. Alright? Don’t be alarmed.”

But he was too zoned out to hear me. The one thing that broke him out of it was Charlie Winstie turning slowly to face him.

Mr. Odd/Charlie Winstie said to him quietly, “You’ve been here for over thirty years?”

Mr. Odd pointed a shaky old finger at his dinner. “So, you can tell us exactly what this is now in English. Right?” 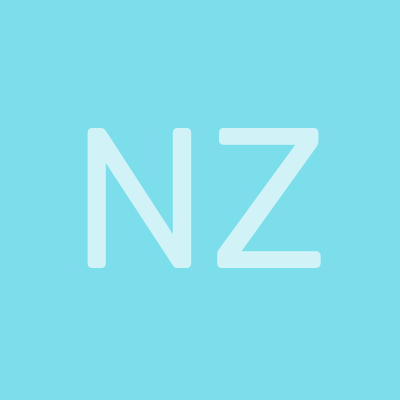 Hi D, Did some edits for grammar/wordiness (am a writer, couldn’t help myself): “Okay,” they shrugged. > “Okay.” They shrugged. It was a perfect day: no interruptions and my neighbours on either side made no sound in their houses > It was a perfect day: no interruptions or sounds from my next-door neighbours. Message me if you’d like a bunch more I found littered throughout! You have an interesting imagination and potential, although your subject matter would probably share a name with those neighbours of yours.