Submitted into Contest #13 in response to: Write a story about someone who sees a black cat cross their path... for the tenth time that day.... view prompt 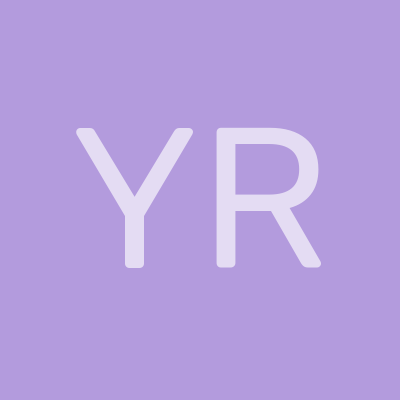 Hi, guys. My name is Samantha and I have a question. Are you a superstitious person? Do you believe that some object or creature is able to bring you good or bad luck?

I don’t. At least I consider myself not a superstitious one. You’ve broken a mirror. Who cares? Is it something wrong with that object whether with your hands which let the mirror fall down?

And what could be wrong with a cat even if it is black? The cat itself is cute and fluffy. It can bring no danger. Ok, maybe broken mirror but it doesn’t count.

Have you already given your answers? The only thing I know for sure now is that it’s pretty easy to be non-superstitious until you see a black cat. It scares you twice more if the creature brings a small empty basket with it. It sounds strange, doesn’t it?

I still consider myself a non-superstitious person but a story that happened to me right on the 31st of October made me think twice what I really believe in.

I agreed to meet my friend at midday in a café. It’s a small and calm café in a country style in one of Boston’s streets. Coffee and pastry there are perfect so an ideal day is guaranteed.

Maggie was anxious and upbeat. She had got a new job and now was craving to tell me about her interview in detail.

“You know, it is Halloween today. Thank God, I met that cat after the interview but not before. I would be scared to death and could say nothing there.”

“Maggie, if you met an orange cat would you be frightened with it?”

“That’s all in your head. By the way, are you a cat racist?”

“I am not, but you know if I had met it earlier I would be.”

“I’ve seen a one today crossing the road. And you know, I’m OK.”

“I am happy if you are happy. Listen to me,” and Maggie started her long interview story. I was allowed to ask clarifying questions only and I was all ears.

In an hour, it was time for me to go to the next meeting. As an editor in chief, I had to meet our new writer and agreed on the subject.

Streets were crowded with teenagers dressed like witches, vampires, zombies and different fairy-tales characters. No wonder that I met one more cat. Of course, it was black.

The black cat has the same rights for people’s love and hugs as any other cat, so I was OK with it crossing the street. What wrong could happen to me?

A gypsy-like woman bumped into me and I was frightened.

“He is trying to protect you,” she whispered.

“Who?” but there was nobody to answer me.

I’m not a superstitious person, you remember, but I was nervous at the meeting. Nevertheless, everything was fine and we signed the contract. I was sure it would be a win/win collaboration. Mark was a great writer and working for our magazine could boost his career.

The day was busy and I paid little attention to pumpkins, strangely dressed people with scarring makeup and the other stuff, except black cats.

I started counting. When I picked up my dress (I was going to be the cutest witch at our Halloween corporate party) I saw the 10th cat. I wasn’t scared but… To be fair, I was a little bit. I was curious at the same time. Why me? Why black cats? Why not cross any other road but mine? What they were trying to protect me from?

So many questions but I barely had time to think of them carefully. I arrived at the restaurant where our party took place and relaxed.

“The day has been busy. Finally, I can have my time,” I said to my colleague, “and no cats anymore,” to myself.

The party was great. We had lots of funny activities and, when the main part was over, got a chance of chatting and seclusion.

I had enough communication during the day so I decided to take a remote seat and have my pumpkin ell. Shadowed places are not only for tired people like me but for fortune-tellers as well.

I saw her sitting in front of the magic sphere with cards in her hand. She didn’t look like the one I had met before but a sudden thought occurred to me.

I was standing next to her just in 10 seconds.

“Tell me about black cats,” I sounded a little bit over persistent. “Please,” added I and looked at her anxiously.

“What do you want me to tell?” asked Vaiolka (as a sign on her table informed).

“I don’t believe that cats bring bad luck. What is their role in the world? Why do they cross a path?” I sounded sophisticated and dull at the same time.

“Why do you cross the road,” she asked calmly. The answer was so obvious that I felt stupid. Indeed, I had nothing against any cat in this world so what for I’m spending time for this superstition.

“Sorry for taking your time.” I was about to turn away but Vaiolka stopped me.

“You try to figure out the right things but ask the wrong questions. Sit down and listen to me.”

Her voice was so confident and pleasant that I did what she said immediately.

“People are afraid of black cats because witches have ones. Cats are the best friends with their owners not because they help them in their business but because cats protect them.”

I was surprised. “And what is about bad luck?” I couldn’t stop myself from asking.

She smiled at me so kindly that I became confident in my choice not to believe in that superstition.

“It is true only if you believe it. Actually, black cats protect people. Crossing your path, a cat stops evil spirits from attacking you.”

I liked black cats even more. They were my favorite creatures from now on.

“How is it possible that a black cat has crossed my path 10 times per day?” Finally, I asked the question that had been bothering me for the last four hours.

“It is a pleasure that you have noticed,” admitted the fortune-teller.

It seemed impossible not to notice ten cats. Or maybe only one cat ten times. I was silent and waiting for the continuation.

“It was mine,” surprised me Vaiolka. “At least one of them. I was preparing for today and saw that the 31st of October is not your best day. You were going to have so many meetings. People in a hurry are the easiest prey for evil at any time. Halloween is the best time. In order not to let them ruin your day I asked Salem for a little help and he asked his fluffy friends,” she smiled again.

I had never met so kind and nice gypsy fortune-teller before.

“Thank you for your help!” I meant to hug Vaiolka but got her signal – it would be too much.

The rest of the evening I was upbeat and having my time.

When it was time to go home I called a taxi. We had covered half a way home when two black cats crossed the road. A taxi driver made a movement and we turned the corner.

“Don’t be afraid. They just protect me.”

The driver looked at me, dressed like a witch – only broomstick was missed, and said nothing. I suppressed a laugh and the rest of the path we covered in silence.

As soon as the driver got his money, he vanished. I couldn’t blame him for a little rudeness. Maybe, Halloween is not his favorite time.

I bounced because of a sudden “mew”. It was a kitten. So small and cute that it was impossible to pass by. It looked hungry.

It mewed again, and again. I picked it up and said hello. It was the 13th black cat for that day. My cat.

“What is your name?” I wondered as I entered the house.