Is This How It Ends?

Submitted into Contest #70 in response to: Write about someone trying to atone for a mistake they’ll never be able to fix.... view prompt

Morning dawned bright and clear and light seeped through the blinds dispelling the darkness of the room. Dust motes danced in the streams and tickled Lauren’s nose forcing her to open one eye and peek around the room. Yep, morning had come. At last. The night had been long and her sleep fitful so when daylight broke it did so with a sigh of relief. She was plagued with dreams, always running toward something she couldn’t quite catch and having no idea what she was chasing. She heard a small whine, felt a little bump against the bed and peeked over the side. There was Sophie hopping up and down a hugs smile on her face so happy to see her it hurt her heart. But it was her little yorkie poo who could pull her out of the tailspin of regret that greeted her every morning. If only. Those words were her mantra everyday since her mother had passed away.

“Good morning my baby. Did you have a good sleep?” She knew Sophie couldn’t understand what she was saying but she believed in her heart that on some level the little dog knew she was loved and adored. Sophie bounced up on her back legs reaching heights that almost put her on the bed but one failed attempt when she was a puppy had taught her to bounce around far away from the mattress monster.

“Ok sweetie I’m up. You need to go out?” Sophie spun around so quickly she nearly caught up with her short, stubby tail that Lauren openly adored. “Ok. Ok.” Let me get the coffee on and we’ll go for a walk.”

Lauren pulled on thick sweat pants, a t-shirt followed by a heavy fleece pull over and finished with warm, woolen socks. She was prepared for whatever Mother Nature had in store on this cold January morning. Sophie rocketed out of the bedroom, raced down the stairs and sat expectantly at the bottom, tail wagging so quickly it set the small plant at the base of the stairs to gently sway. Lauren descended the stairs and made a beeline to the kitchen. She’d set up the coffee the night before and hit the switch to start the brew cycle. It chugged and gurgled to life and she looked forward to a steaming cup when they returned from their walk.

Lauren went to the back door and pulled on snow boots, wrapped a scarf around her neck and donned her puffy coat which covered her down to her knees. She’d learned that jackets were not for dog walking on cold winter mornings. She knelt down and wrapped Sophie’s coat around her then snapped on the leash. She had never thought of herself as the type of person to dress their dog but seeing Sophie shiver in the winter had quickly changed her mind. “Ready girl?” Lauren opened the door and the January air caught her breath and sent icy tendrils curling around her face. Yep, it was a cold one.

The walk took about twenty minutes. Sophie hopped through the snow and found the perfect spot then finished quickly. They walked the few houses to the end of their block then Lauren turned them around and headed home. Little dogs didn’t need to be exposed to such extreme temperatures. Was it even in the teens at this point of the day?

The walk ended, the two settled into a well know morning routine. Lauren poured the rich dark coffee into her favorite red mug with Sophie face smiling back at her and added two teaspoons of Coffeemate. Rich and creamy. Sophie lay in her bed next to the fireplace licking her paws clean of tiny snowballs that had clung like burrs to her hair.

This was the hard part of the day. Her thoughts always turned to her parents. Dad struggling through the days missing his life mate more and more. Lauren struggling with her own grief and regret. Toward the end she and her mother were not getting along because Lauren couldn’t forgive her for what she felt was abandonment when she’d been needed most. Now Lauren tried to make things right by spending time with her father. Her mother was gone and wouldn’t know the difference but Lauren thought if she could take her father to lunch or buy him his favorite donuts his wife had denied him it would somehow make up for the way their time together had ended.

The phone rang and she looked at the caller id. Dad. It was Sunday and it was their week to go to lunch. “Hi Dad.”

“Lauren this is your father.” He always started the phone conversation the same way. He thought it was funny, Lauren thought it was quirky. “What’s up? You ready for our lunch today?”

“I was thinking. It’s really cold today and I don’t want to go out. Could we have lunch in today? Maybe get some take out?”

“Sure no problem. Anything special? It’s on me.”

“How about Subway. I’m craving a meatball sub today.”

“You got it. It’s ten now and I still need to shower. Give me an hour and I’ll head out.”

The conversations with her father were always short and to the point. No dilly dally. Their conversations in person were strained. She and her father didn’t always see eye to eye and it had created tension through most of her life. Now that he was older, and feeling the loss of his wife, she accepted their relationship as it was rather than struggle against it trying to change him. He was exactly who he was and wasn’t going to change now.

An hour later she was walking out of Subway with a take out bag and two soft drinks. The drive to her parent’s house took less than 15 minutes which gave Lauren time to prepare. She knew her father would talk about her mother and it killed her to see the pain in his eyes. No. More than that. If affected his entire body making him appear smaller and older. She was afraid he was giving up.

“Hi Dad!” She called out as she walked through the front door. “Foods here.”

“Didn’t you have breakfast?”

“Didn’t feel like cooking.” Lauren was really worried now. “Dad you have to eat. Get some frozen breakfasts. You can cook those in the microwave.” Those were not her first choice but at least he would get some nourishment.

He sat at the head of the table, his usual seat, and she plated the sandwich and chips and put them in front of him. He dug in like a starving man and her heart broke a little. How much longer would he be here.

She thought back to the last day she’d seen her mother. She had contracted a blood infection and all the treatments had failed. Her organs shutdown one by one and she’d watched her mother become a shell of a human being barely able to feed herself. On that last day her mother had lay in bed, her eyes closed and her body betraying her with each breath. She’d opened her eyes for a brief minute or two and Lauren had seen the knowledge of death deep in them. Lauren couldn’t accept it. She told herself it wasn’t happening. She’d said, “Mom I have to go let Sophie out. I’ll be back tomorrow.” She had fled from her mother’s bedside. She’d used Sophie as an excuse to abandon her mother because she couldn’t accept the truth. She felt sick with guilt and knew that all the lunches with her father, all the meatballs subs and doughnuts couldn’t make up for those last precious moments with her mother.

“Delicious. Come on and sit down. You need to eat. You look too skinny.”

“I’m ok Dad.” But she wasn’t and knew it would be a long time before she would feel anything but guilt. Her mother was gone. She couldn’t make it right and she would have to live with that truth. 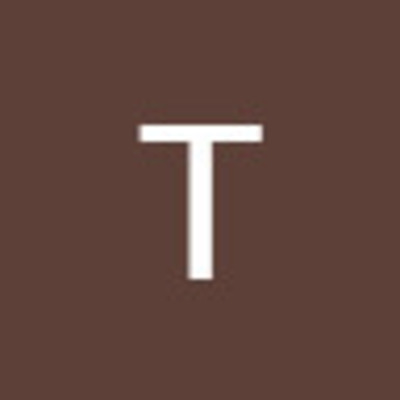